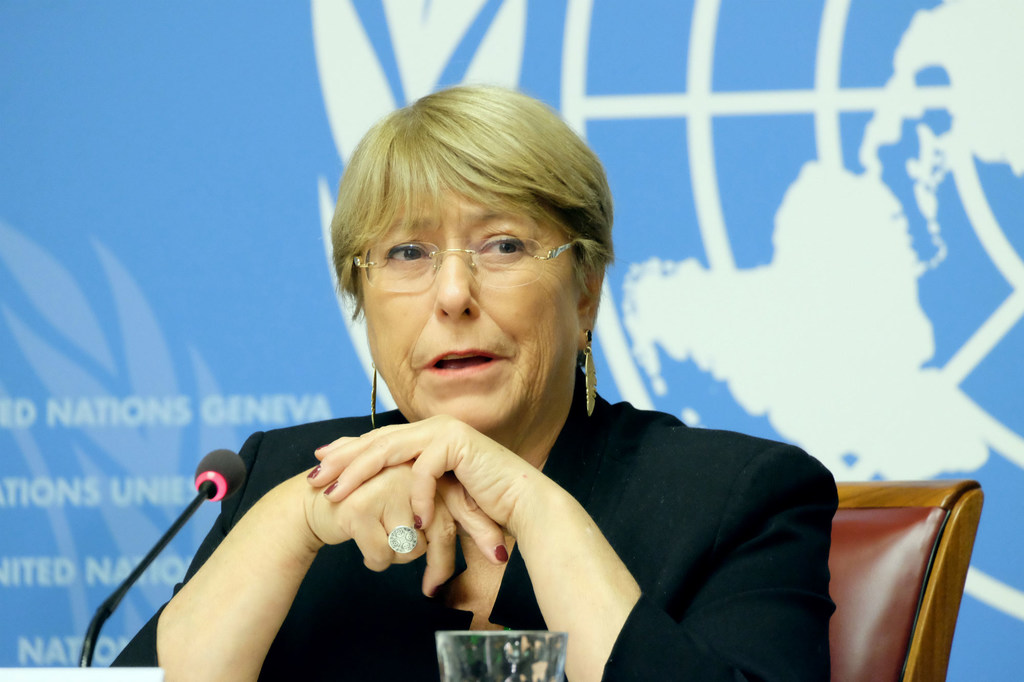 Following the disappearance in Paraguay of a teenage girl and killing of two 11-year-olds, the UN human rights chief has expressed her deep concern, also noting on Friday other disturbing elements of abuse against women and girls, surrounding the cases.

On 2 September, she had apparently witnessed a Paraguayan Joint Task Force operation against members of the armed guerrilla group known as the Paraguayan People’s Army (Ejército del Pueblo Paraguayo, or EPP), in the Yby Yaú area – some 370 kilometres north of the capital city, Asunción.

The two 11-year-olds who were killed in the same operation, Lilian and Maria Carmen, were both Argentine citizens.

Fitting the pieces together

The OHCHR spokesperson flagged that Carmen Elizabeth’s disappearance only recently came to light when her aunt, Laura Villalba Ayala, reported it.

Meanwhile, Ms. Villalba Ayala was herself accused of several offences and arrested on 23 December, where she has since been detained in a military facility.

Subsequently, credible new testimonies have emerged, revealing that Carmen Elizabeth was injured during the 2 September operation but fled, while the 11-year-olds, Lilian and Maria Carmen, were apprehended alive.

“This evidence contradicts the Paraguay Government´s official account that the two 11-year-olds were killed in a clash with the Joint Task Force”, said Ms. Hurtado.

Acknowledging that “important evidence has been lost”, the OHCHR official stated that Lilian and Maria Carmen’s bodies were immediately buried and their clothes allegedly destroyed.

“When their bodies were subsequently exhumed, the Paraguayan authorities confirmed that both girls had been killed by multiple gunshots”, she said.

However, Ms. Hurtado added that the girls’ bodies were “quickly reburied” and calls for an independent forensic study not heeded.

“Instead, the Paraguayan authorities brought charges of ‘association with terrorism’ against the girls´ mothers, who live in Argentina, and against their aunt, Laura Villalba”, the OHCHR spokesperson said.

And in light of the new eye witness accounts, urged them to conduct a “prompt, independent and effective investigation” into the many unanswered questions surrounding the deaths of the other two girls, including why a full forensic examination was not carried out before their burial or after allegations of summary execution.

“Such an investigation should also examine why important evidence was destroyed”, said Ms. Hurtado. “An independent forensic study should still be carried out”.

The High Commissioner also called on the Paraguayan authorities to provide information regarding Ms. Villalba Ayala’s current situation and ensure that she is granted her full rights in accordance with international law, including access to a lawyer and family visits.

Noting the gender dimension of the cases, which involve women and girls who are relatives of EPP adherents, along with previous concerns surrounding human rights violations allegedly committed by the Joint Task Force, the High Commissioner urged the Government to “review and reform” its functioning.

And while recognizing that the EPP represents “a real security concern”, having committed serious crimes, such as kidnappings – most recently that of former Vice President Oscar Denis in September, which she condemns – the High Commissioner reiterated that the authorities must “fully respect their international human rights obligations when addressing security concerns and criminal activities”.