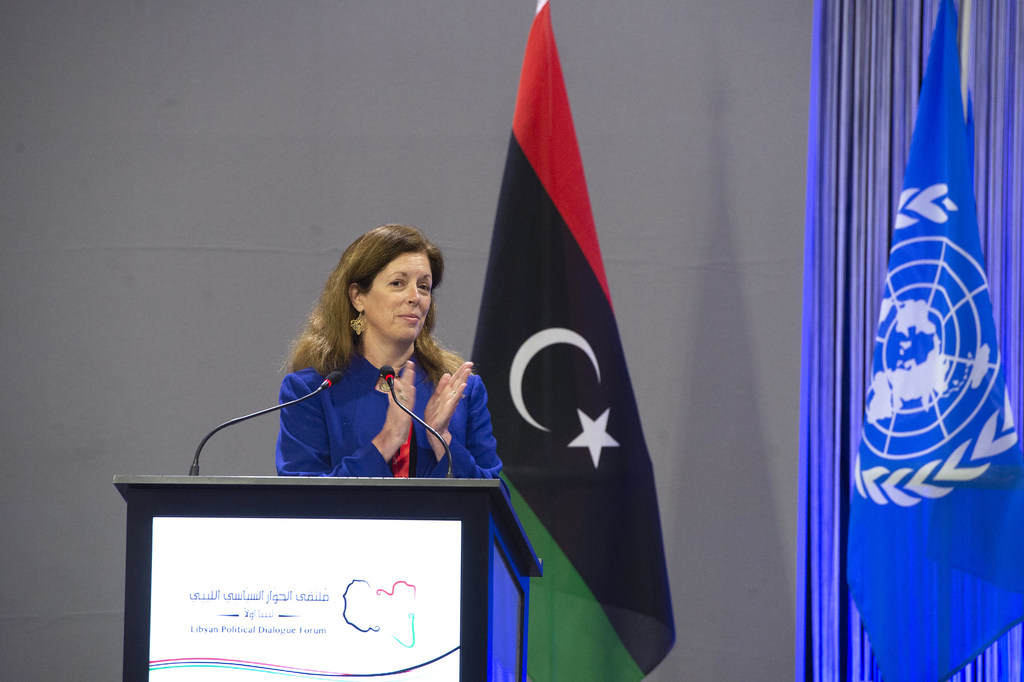 The 74-members of the UN-led Libyan Political Dialogue Forum (LPDF) have selected an interim Prime Minister and President of its new executive council, marking what the UN Special Representative called another “historic moment” on the road to unification of the war-torn country and national elections in December.

“On behalf of the United Nations, I am pleased to witness this historic moment”, said acting Special Representative and head of the UN Support Mission in Libya (UNSMIL), Stephanie Williams.

“The importance of the decision that you have taken here today will grow with the passage of time in the collective memory of the Libyan people.

Libya has descended into crises on multiple fronts, since the fall of former ruler Muammar Gadaffi in 2011, with the country essentially divided between a UN-recognized Government of National Accord (GNA) based in the capital Tripoli, and a rival administration, led by General Hafter, who commands the western-based self-styled Libyan National Army (LNA).

“This process, your process, has come a long way from when we first convened you virtually in October of last year”, added Ms. Williams, who has successfully steered the LPDF through a series of breakthrough agreements in recent months. “You overcame your differences, divisions and the many challenges you have faced during this difficult, but fruitful journey, in the interests of your country and of the Libyan people”, she added.

The executive and transitional prime minister will now work to form a full unified government in the days ahead. “Our bet was that you would be able to build a truly Libyan-owned solution.  And that is what you have done”, said the acting UNSMIL chief.

The UN Secretary-General António Guterres, welcomed the selection of the interim leadership, making a statement to correspondents in New York at UN Headquarters, and called on all members of the LPDF, and international stakeholders involved in the Libyan peace process, “to respect the results of the vote.”

He welcomed the pledges made by the new executive, to form a government “reflecting political pluralism, geographical representation, and its commitment to include no less than 30 per cent of women in executive positions, as well as the ensure the participation of youth.”

The UN chief called on the executive and all concerned in the process,” to uphold the principles and timelines” of the agreed roadmap, towards democratic national elections due to take place on 24 December this year.

“The United Nations commitment to support the Libyan people in their efforts to build a peaceful and prosperous country will continue”, Mr. Guterres said.