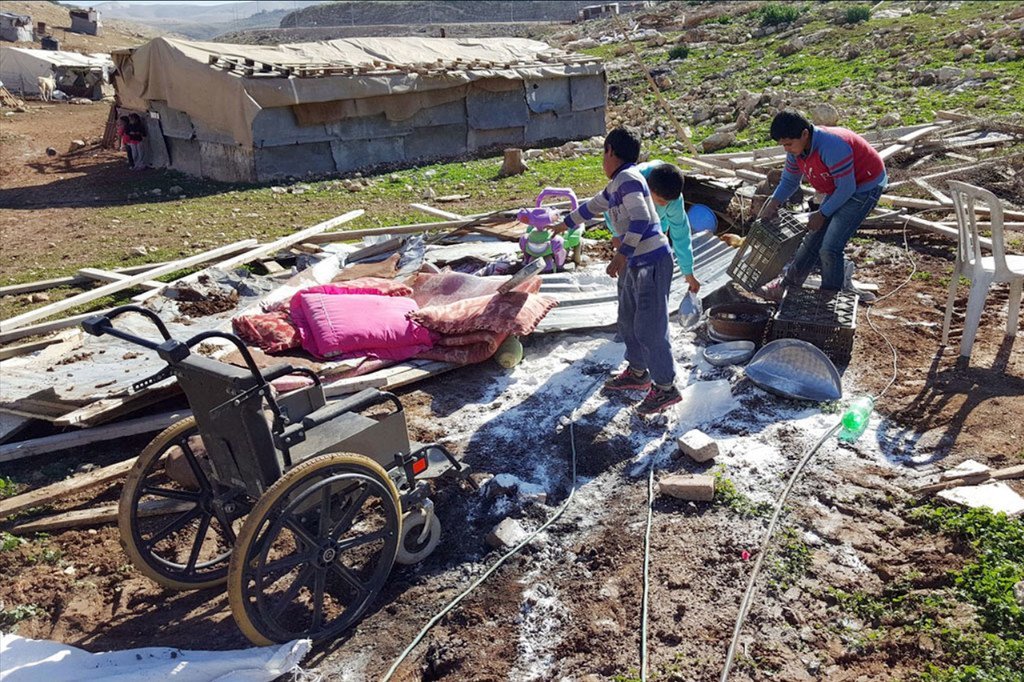 Israel must halt plans to demolish a Bedouin village in the Naqab desert that will forcibly displace hundreds of residents in a bid to expand Jewish-only settlements, two experts appointed by the UN Human Rights Council said on Friday.

Special Rapporteurs Fernand de Varennes and Balakrishnan Rajagopal said the move could result in “irreparable damage” to the minority community.

“Thousands of Bedouin citizens of Israel living in the Naqab are facing threats of eviction to make way for more Jewish-only towns, military bases, and other major infrastructure projects that exclude the Bedouin people and their development interests,” they warned.

The experts were particularly concern that some 500 Bedouin residents in the village of Ras Jrabah, which Israeli authorities do not officially recognize, are facing imminent threat of eviction.

The Israeli Land Authority (ILA) filed 10 eviction lawsuits against 127 households, back in May 2019.

Israel is seeking to force the residents out, the experts said, pushing them into segregated, impoverished Bedouin-only towns in order to expand the primarily Jewish city of Dimona.

The Magistrate’s Court in Beer Sheva, the main city in the Naqab, held a hearing into the case last month.

“While the State calls the residents ‘trespassers’, in fact, members of the Bedouin minority have lived there for generations,” the experts said.

They called on Israel to immediately cease evictions and housing demolitions which could cause irreparable damage to the traditional way of life of the Bedouins, and to their livelihoods, cultural practices, and relationship to their land.

The two experts have previously raised the issue of forced evictions targeting Bedouins in Israel, and destruction of their property.

This has included calls to “refrain and desist from actively pursuing segregationist policies and practices, resulting in the violation of the right to adequate housing and the prohibition of discrimination”.

They expressed regret that the Israeli government has yet to respond and continues to deny the basic human rights of the Bedouin minority, but remain in dialogue with the authorities on this issue.

Mr. de Varennes, the Special Rapporteur on minority issues, was appointed by the UN Human Rights Council in June 2017.

Mr. Rajagopal has served as UN Special Rapporteur on the right to adequate housing since May 2020.

Special Rapporteurs and other independent experts receive their mandates from the Council, and report on specific country situations or thematic issues.

They serve in their individual capacity and are not UN staff, nor are they paid for their work.