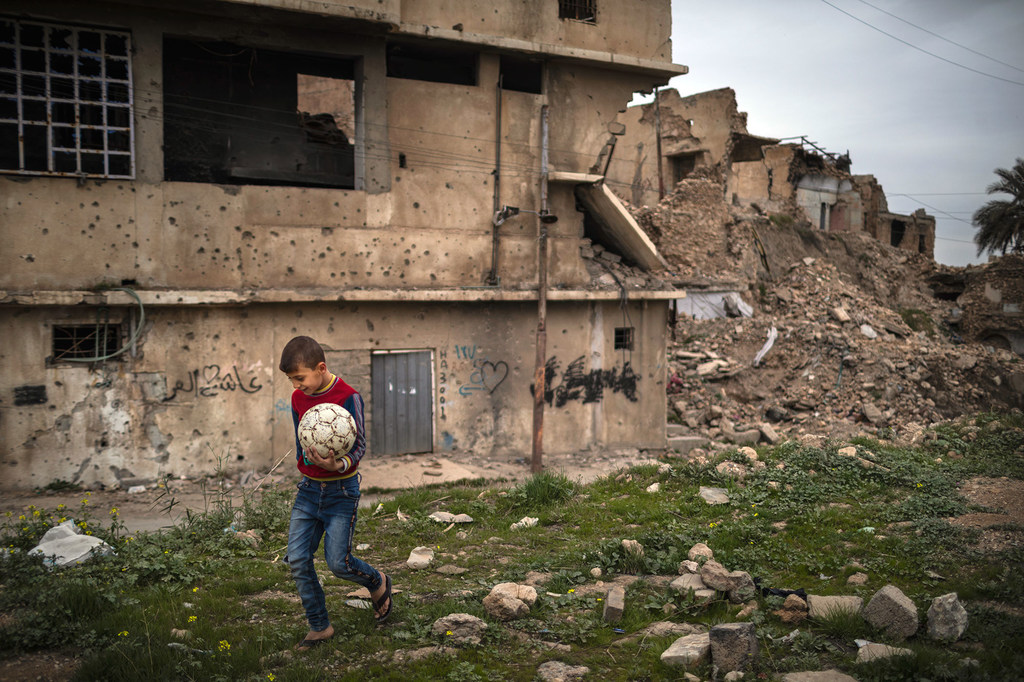 Crimes committed by the Da’esh terror network in Iraq constitute some of the “most gruesome acts we have seen in recent history”, the UN Special Advisor reminded the Security Council on Wednesday.

Christian Ritscher, who also heads the Investigative Team to Promote Accountability for Crimes Committed by Da’esh/ISIL (UNITAD), upheld that those responsible must be identified, tried, and convicted “at the national and international level.”

“Only by prosecuting and referring to such barbaric acts as war crimes, crimes against humanity and genocide, will we be able to deliver justice to the many victims and survivors and ensure that their voices are heard,” he said.

Despite COVID challenges, over the past six months the UNITAD chief reported “great progress.”

“We have continued to deliver accountability outcomes for survivors and their families, strengthened partnerships in Iraq and throughout the world, and have stepped up our pursuit of accountability and justice for ISIL’s international crimes.”

He told the ambassadors that by converting courtroom evidence to digital formats, UNITAD has reduced database search times “from days to minutes,” enabling more efficient and fairer legal proceedings that are “critical to preserving the historical record of ISIL’s international crimes in Iraq”.

Mr. Ritscher highlighted how its investigation into Bayt al Mal – named after a financial institution in the early self-styled “Islamic Caliphate” – has helped broaden the understanding of ISIL’s financial activities.

“This is particularly important as tracing money means mapping the organization; understanding its structure; and identifying the hierarchy,” he said.

It brings the team closer to identifying those most responsible “for the range of heinous international crimes committed in Iraq”, he added.

UNITAD has also collected and preserved testimony, digital and documentary evidence, relating to the terrorists’ manufacture and use of chemical and biological weapons.

As they continue to look more closely at underlying procurements and financial flows for these weapons, UNITAD investigations have helped to identify those most responsible, leading to the production of dedicated case files.

The Special Adviser drew attention to those who’ve survived, and the communities affected by such “inhumane weapons”, including chemical agents which have created health problems that “continue to this day”.

From the Yazidi to the Kaka’i and the Shabak to the Turkmen Shi’a, “we aim to advance justice in the name of the many victims and survivors of core international crimes committed by Da’esh against the people of Iraq,” he said, adding that it is essential to “seize every opportunity” to hold perpetrators accountable for war crimes, crimes against humanity and genocide.

The UNITAD chief maintained that community engagement and ongoing dialogue with civil society are “a key objective” for the team to both serve justice and as important steps toward reconciliation.

UNITAD ensures that each of its probes include investigations of sexual and gender-based crimes.

As part of this approach, UNITAD continues to interview Yazidi women and girls, survivors of sexual enslavement, and others who were able to provide information on their captors, including foreign terrorist fighters.

Moreover, the team assists with a range of investigative steps, including focused interviews with Yazidi witnesses in Iraq and abroad, and the collection of battlefield evidence related to Yazidi enslavement networks.

“Crimes against and affecting children are equally considered as an overarching priority,” said the UN official, reporting that the team has conducted interviews with Da’esh-conscripted Shi’a Turkmen boys.

UNITAD will be expanding its investigations into ISIL’s destruction of cultural heritage, Mr. Ritscher informed the Council.

While noting that the terrorists’ “vicious destruction” of cultural heritage was an attempt to erase Iraq’s diverse history, the Special Adviser said that he continues to be impressed by the country’s ongoing efforts to restore these sites.

“At UNITAD, we are committed to continuing our investigation to ensure that ISIL members responsible for atrocious crimes in Iraq are held accountable before competent courts,” he stated.

Watch a video below on how and why UNITAD was established, presented by former Special Adviser, Karim Khan, who is now Chief Prosecutor with the International Criminal Court (ICC).