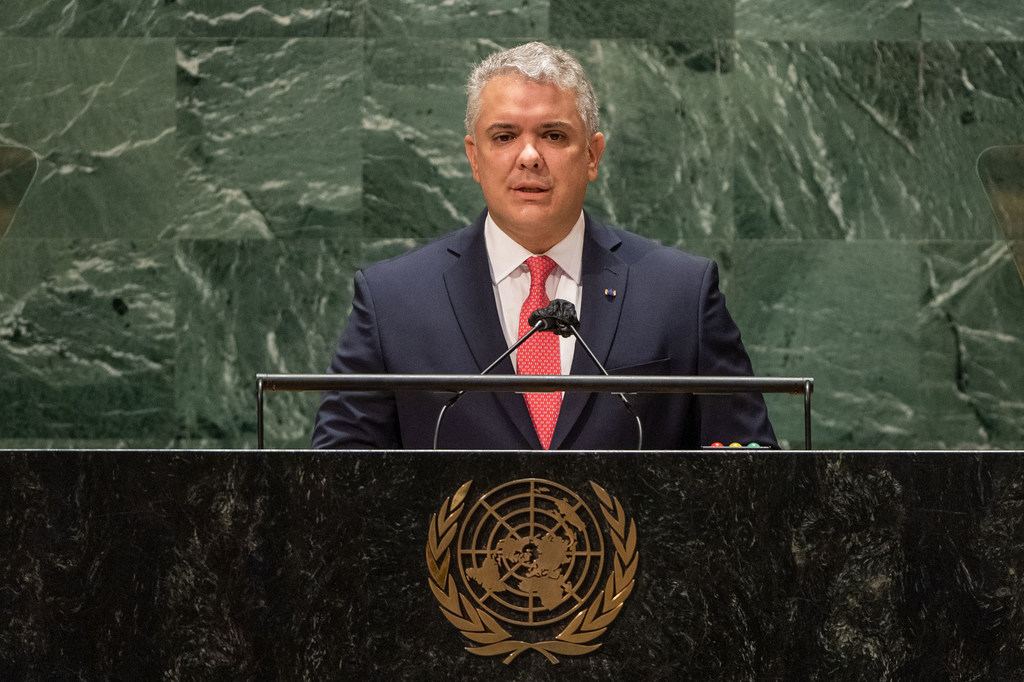 The President of Colombia on Tuesday warned that many developing countries have increased their fiscal deficit to deal with the COVID-19 pandemic, putting at risk their financial capacity to act on other priorities, such as climate change.

“Many (countries) have not begun to process the necessary tax reforms to pay emergency expenses, and today they are being evaluated with pre-pandemic criteria by credit rating agencies”, said Ivan Duque, during his speech to the 76th UN General Assembly.

The Colombian Head of State called for a consensus on a new financial risk classification led by the International Monetary Fund (IMF) and multilateral development banks.

“Otherwise, in the short term, given the demand for debt and an increase widespread cost of capital, a debt crisis may be precipitated bringing greater setbacks and global recessive effects”, he said.

The challenge for climate action

Colombia has made a commitment to reduce its greenhouse gas emissions by 51 per cent by 2030, and to reach carbon neutrality by 2050, said Mr. Duque.

According to the President, the country has already passed legislation to boost energy transition through non-conventional renewable sources. The plan would put Colombia on the path to zero deforestation by 2030, the creation of a circular economy, where consumption does not outstrip production, and protect those parts of the Amazon basin within the country’s borders.

Mr. Duque said however, that the limited available public financing following the pandemic, will become an obstacle to meet those goals.

“I propose to the world that, for a period of time and with the support of the IMF, we establish a rule in which all climate action spending and investments can be located outside the traditional line of measurement of the fiscal deficit”, he highlighted.

He said that his proposed rule, along with other relief measures and forgiveness of multilateral debt, should be applied as soon as possible and without conditions.

“Addressing urgent investments cannot get caught up in political debates derived from conflicts over the allocation of resources. The action is [needed] now, immediately, and we cannot postpone it”, Mr. Duque emphasized.

Addressing the Peace Agreement which ended decades of civil conflict, the President said that Colombia was making progress in building “Peace with Legality”, his landmark public policy since 2018.

“Not even the effects of this cruel COVID-19 pandemic moved us away from the commitment to our country to see the end of narco-terrorist violence”.

He added that there has been a significant advancement in the reincorporation process of FARC ex-combatants under his government, observed by the UN Verification Mission.

However, he noted that the challenges are still large, due to FARC rebel dissidents, as well as other criminal groups such as ELN that continue to persistently attack “social and environmental human rights defenders”.