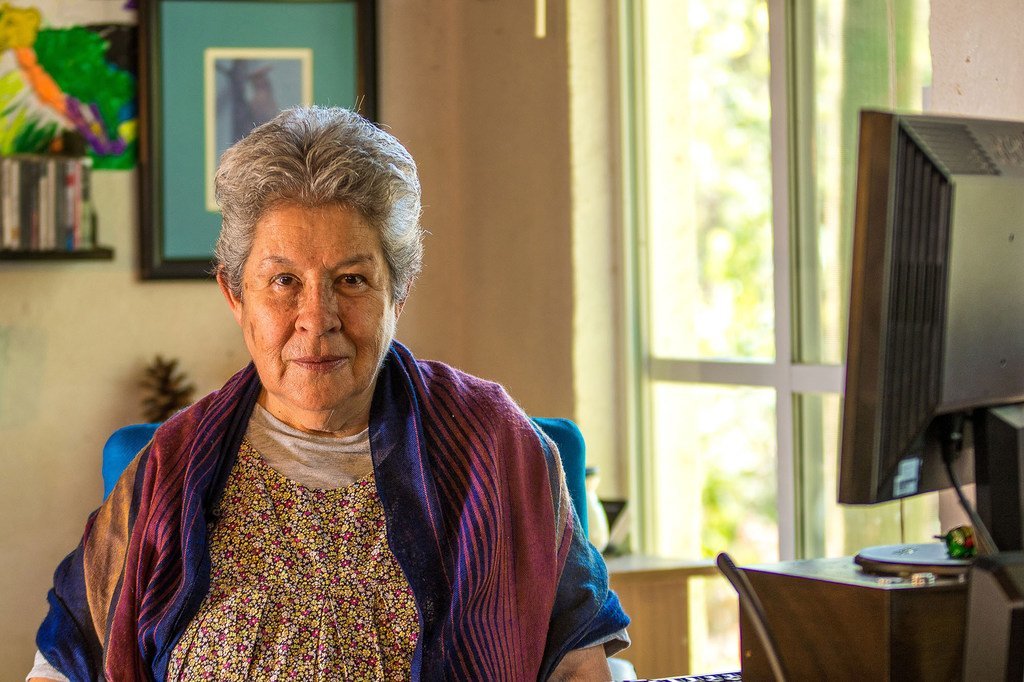 Forty years ago, Martha Isabel Ruiz Corzo, known as Pati, left the Mexican city of Querétaro with her family in search of a simple rural life. Instead, she ended up leading and inspiring a group of some 17,000 local environmental activists, devoted to protecting the remote and beautiful Sierra Gorda.

In the early 1980s, Pati had a successful career in Querétaro, located about two hours north of Mexico City, as first violinist of the city’s orchestra, a soloist in two choirs, and a music teacher in a prestigious private school.

She decided she wanted to lead a simpler life and moved her family to Sierra Gorda. This drastic change meant giving up urban comforts, living without electricity for five years, and developing a closer connection with nature.

And, soon after arriving, she realized the extent to which the environment was being ruined, with rampant tree cutting, uncontrolled fires, and the indiscriminate opening of trails. This inspired her to work closely with the local community, replanting trees to bring back the forest.

Their activism eventually escalated into a project to have Sierra Gorda declared a protected biosphere reserve, which entailed lobby the state governor, and trying to obtain state and federal funds.

“We are the only protected natural area in Mexico that was conceived from the bottom up”, says Pati: before submitting this petition, 130 meetings were held with community members to obtain their consent and, when they all agreed, the official request was taken to the highest national level.

Success arrived in 1997, when Sierra Gorda was named as part of the biosphere reserve, exactly a decade after the mountain communities, led by Pati and her family, launched the Sierra Gorda Ecological Group as a civil society organization, giving them an official mandate to conserve biodiversity, and raise funds to put their plans into action.

The protected area covers almost 385,000 hectares, almost a third of the state of Querétaro. Once biosphere reserve status was achieved, the projects of the Ecological Group, including environmental education and reforestation activities, began to expand, and even to extend to some areas of the Sierra Gorda outside of Querétaro.

The achievements of the Sierra Gorda Ecological Group have earned it national and international praise, such as the recently awarded 2021 Equator Prize of the UN Development Programme (UNDP). The UN World Tourism Organization, the UN Environment Programme and National Geographic have also recognized the Group’s work.

Among the group’s most recognized programmes is one related to sustainable forestry. It is based on a scheme called Payment for Environmental Services, which also monitors carbon in the forests of the Sierra Gorda.

Miguel Flores Pedraza, a 60-year-old forestry landowner, has been participating in this project for a decade, dedicating his land – about a hundred hectares – to conservation.

” I have been receiving the support for Payment of Environmental Services or carbon capture and other benefits, by leaving the land in their natural state so that it can be regenerated”, he says.

“This project has helped us a lot since it is an income that compensates us” he explains and provides a concrete example of what can be done: “If I brought five or ten heads of cattle, grazing on this land, that gave me an average profit of 50,000 pesos. This is exactly what I receive today for Payment of Environmental Services by the Ecological Group.”

“This satisfies me economically and has also raised my awareness of ecological matters. I liked to see that the environment is enriched, that ecosystems are becoming restored, and the diversity of the flora and fauna has increased. Today on my land I see wild boar and pumas which, thirty years ago, did not appear in this area.”

Keeping the gears of this new environmental conservation economy oiled, requires time, and a great deal of work, not only from the owners of the land, but from those in charge of designing, implementing, and monitoring the projects.

© Grupo Ecológico Sierra GordaChildren in schools in Sierra Gorda, Queretaro, Mexico, learn to respect the environment in a classroom while enjoying some locally produced foods.

One example is ecotourism, which successfully began in an area called Cañada de las Avispas, used for bee-keeping.

“We started the adventure by building cabins”, recalls Pati. We had an excellent team and created wonderful cabins. We set up a carpentry shop in the village, and a famous teacher came to live in the community, to train young people. You can’t imagine the work that went into this project!”

For Pati, the best weapon to defend and restore nature is education, which is why, 34 years ago, she began touring schools in the mountains with an accordion, singing with children and educating them about the environment. Today, in the hands of teachers, the program is running in the region’s more than 150 schools.

The result is that the general population is now aware of the issues and, in some municipalities, cabinet members are ecologists.

“If you go to the market and talk about the zero-waste campaign, people know what it’s all about. The merchants are in favour of the campaign and ask people to bring their own containers and baskets. It’s undeniable that environmental education works”, she says.

“The key figures are the teachers”, she emphasizes, arguing that the only hope for the planet is one that can be generated with a different vision, “fostering in children a love of the earth.”

This story is part of multimedia UN News series featuring prominent women leading initiatives for a more sustainable, equitable future, published ahead of this year’s International Women’s Day on 08 March.