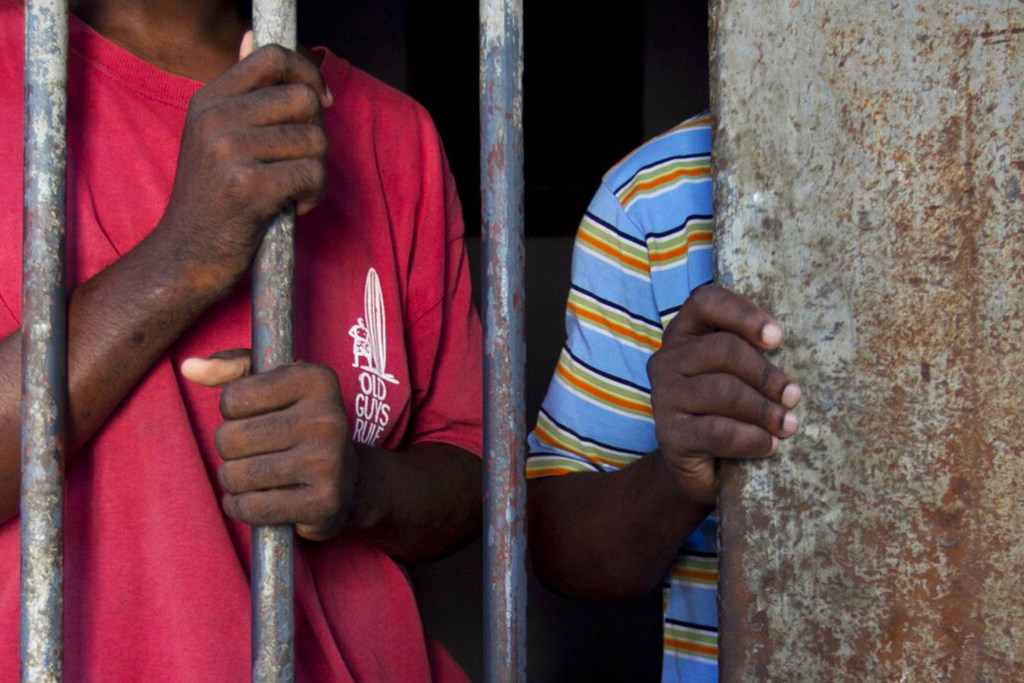 A young Haitian man is rebuilding his life, with the support of the UN, after being held in detention for three years, from the age of 15, when he was wrongfully accused of stealing from a local shopkeeper. Many others, like him, spend a prolonged period of time behind bars, before their case comes to trial.

Renel*, who spent his childhood in the coastal city of Les Cayes in southern Haiti grew up alongside friends playing hide-and-seek and marbles, swimming in the river flowing near his mother’s house, or racing his friends downhill from the yellow-walled grocery store in his street. But his life was upended when he was accused of theft and incarcerated in a prison in Les Cayes.

“One day when I was 15, I decided to visit my city’s festival after school to have some fun with my friends. Once there, a local shopkeeper, whom I knew by sight, suddenly arrived, looking angry, and started yelling at me,” says Renel. “Someone had stolen two ducks from him and he thought I was the thief. I tried to explain it was a misunderstanding, but he slapped me in the face, leaving me completely stunned. The next thing I remember is that he dragged me to Les Cayes police station by the wrist.”

After the police heard the man’s theft allegations against Renel, he severely beat the teenager and made him wait alone in the guardhouse for hours without further explanation. He was later transferred to a cell.

“The door slammed behind me filling me with terror. I was locked behind bars in a cramped cell full of people,” says Renel. It was the beginning of three years of being detained without a trial.

Renel is a victim of what the United Nations calls excessive and arbitrary pretrial detention. It is considered an overlooked form of human rights abuse that affects millions of people around the world. It causes and deepens poverty, stunting economic development and undermines the rule of law.  Pre-trial detention remains an enormous challenge for prison systems around the world and is one of the main causes of over-incarceration and overcrowding.

In Haiti, prolonged pre-trial detention is common. According to a report from the United Nations Integrated Office in Haiti (BINUH) in June 2021, 82 per cent of the approximately 11,000 people, including children, detained in the Caribbean country fell into this category. Vulnerable populations find it particularly difficult to access justice.

After three years of detention without a trail, Renel’s case was taken up by the United Nations Development Programme (UNDP).

“It was easy to see the seriousness of Renel’s case. He had been jailed as a child for a minor offence and was about to spend his youth behind bars without anyone taking charge of his legal defence,” says UNDP Evaluation officer Wegbert Chery.

“I knew from experience that extended pretrial detention existed in Haiti, but he was so incredibly vulnerable to the imperfections in the system that I immediately decided to bring the matter to the attention of the Legal Aid Office.”

BINUHAn inmate at a prison in Les Cayes in Haiti.

The Legal Aid Office (known as BAL) is an initiative of UNDP, BINUH and the Haitian Ministry of Justice and Public Security. Launched in May 2021, it aims to improve access to justice for people in vulnerable situations and with limited resources.

Implemented by UNDP, UN Women, and the UN’s Children Fund, UNICEF,  BAL focuses on reducing the length of detention of suspects in police stations and detention centers as well as decongesting the courts and protecting and preserving the rights of victims and witnesses. Crucially, it seeks to limit the excessive use of custodial measures.

In 2021, UNDP in partnership with BAL in Les, Cayes worked on the cases of 121 people (112 men and 9 women); sixty-seven regained their freedom.

Renel was one of the fortunate ones; he was released from custody several months after UNDP’s intervention and now is readapting to his former life “After three years of prison, I realized I had forgotten the way to my mother’s house,” he says. “Kids should be in school, not in jail.”

His life is better now, but he still may face social ostracism because of the stigma of being in jail, even if he was never found guilty of a crime.