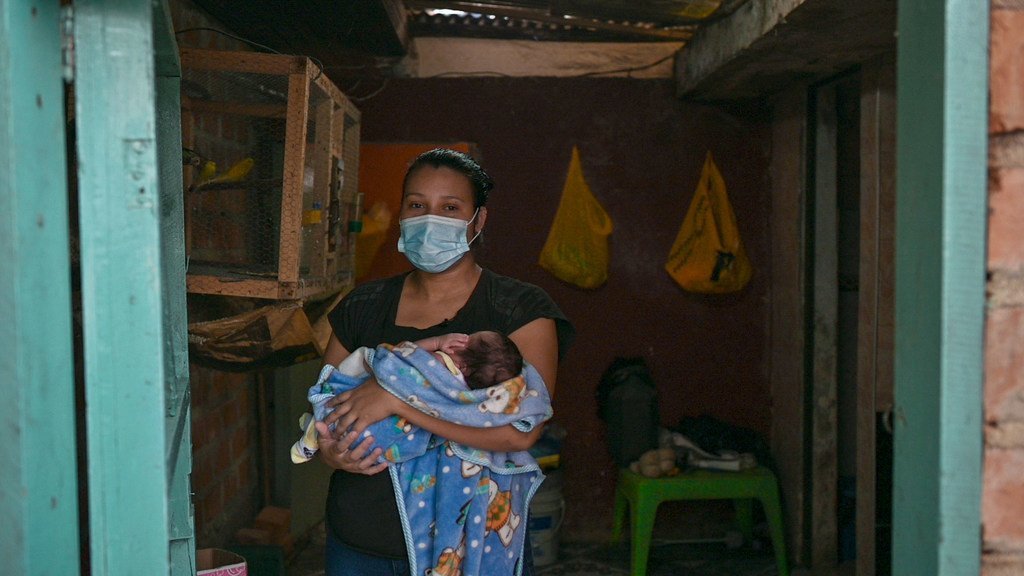 COVID-19 rates are on the rise in the Americas, where new infections and fatalities have been steadily increasing over the past four weeks, the regional office of the World Health Organization (WHO) said on Wednesday.

More than 918,000 cases were recorded last week, a 27.2 per cent increase over the previous week, and over 3,500 deaths, latest information from the Pan American Health Organization (PAHO) has revealed.

Eighteen nations saw spikes in hospitalizations, while admissions to intensive care rose in 13 countries and territories.

“The rise in cases should serve as a wake-up call. When people get sick, hospitals get overwhelmed, health systems are challenged, and the number of deaths rise,” said Dr. Carissa Etienne, the PAHO Director, speaking during her weekly media briefing.

The largest rise in cases occurred in Central America, where infections soared by 80 per cent, while in South America, Brazil recorded more than 120,000 cases – a nine per cent increase.

Meanwhile, Argentina saw almost 34,000 cases, which is a staggering 92 per cent rise over the previous week.  Other countries in the subregion also experienced surges, while Venezuela, Paraguay and Brazil recorded an increase in deaths.

Cases in the Caribbean have been increasing for five consecutive weeks. Infections rose 9.3 per cent, and deaths 49 per cent, when compared with the previous week. Fourteen countries and territories also reported increases in hospitalizations.

Dr. Etienne urged governments to take stock and act on these numbers. “The truth is this virus is not going away anytime soon,” she said.

Following a period of lower coronavirus transmission, many national and local authorities are abandoning mask mandates and physical distancing requirements, and have reopened borders. However, many people in the Americas are still at risk.

Only 14 of the 51 PAHO countries and territories have reached the WHO target of vaccinating 70 per cent of their populations.  Discrepancies still exist in coverage for at-risk and vulnerable groups, such as the elderly, people with pre-existing conditions, and indigenous and afro-descendant communities

“Governments should continue to monitor the COVID-19 trends closely, adapt their guidance to protect the most vulnerable, and always be ready to scale up these social measures whenever there is an increase in cases or deaths,” she said.

The public can also play a part by embracing vaccines, masks and other protective measures, she added.

Learning from the pandemic

Dr. Etienne has recommended that countries should not forget lessons learned over the past two years of living with the new disease.

They must keep focus on the virus, amid a steady decline in testing.  Even in places where self-tests are available, results are not always reported to health authorities.

“Testing and surveillance are our eyes and ears for this pandemic and can help governments make informed decisions,” the PAHO chief said, underscoring the importance of maintaining and strengthening related infrastructure.

At the same time, governments must also keep investing in their health systems to react quickly to any new developments, and to address health needs beyond COVID-19.

Dr. Etienne recalled that when COVID-19 vaccines were first rolled out over a year ago, the concern was over equity and ensuring enough doses to cover the most vulnerable people.

“Supply was the most significant barrier throughout 2021. That is no longer the case,” she said. “We have sufficient doses to cover those most at risk, and we have an obligation to do so.”