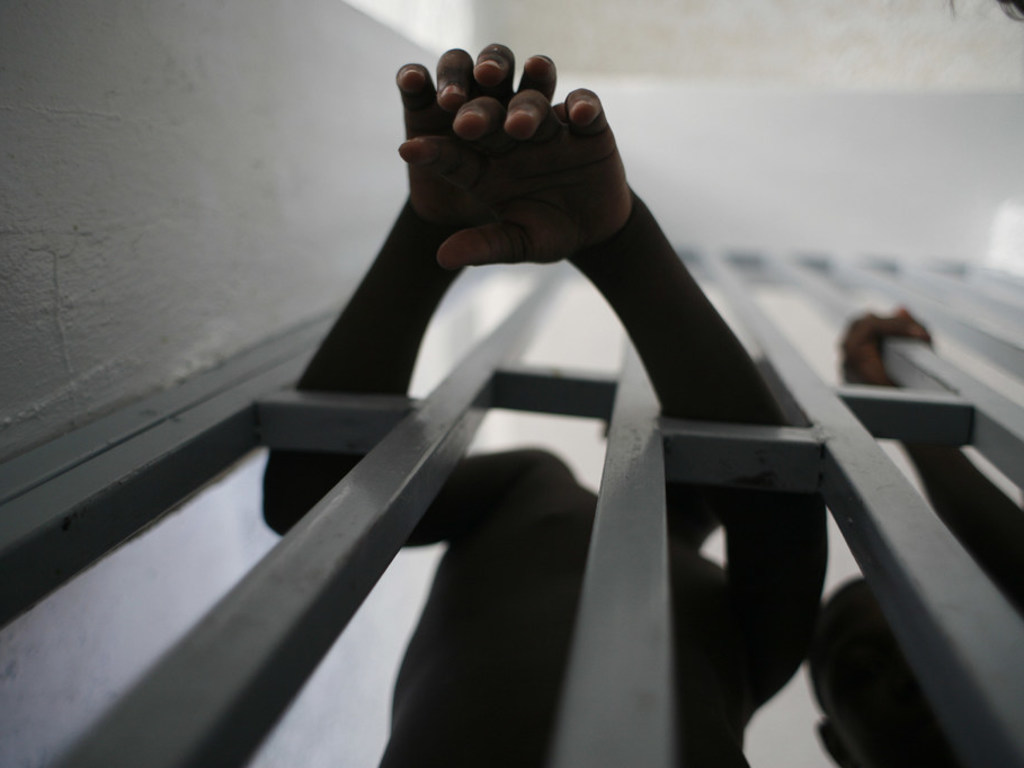 Extreme overcrowding and lack of access to food, water and health, are among the ‘inhumane conditions’ that prisoners in Haiti must endure, often over the course of many years, according to a new UN report.

The document published on Wednesday, based on visits to 12 detention centres by UN staff at the beginning of 2021, notes that in some instances up to 60 people were crammed into spaces measuring just 20 square meters, leaving them unable to even lie down on the floor to sleep.

Moreover, some cells being used have no windows, leaving detainees in darkness, sometimes up to 24 hours a day, either because there is no exercise yard, or as a security measure. The lack of latrines also forces inmates to relieve themselves in buckets.

The report explains that the excessive use of pre-trial detention, coupled with the judicial system’s limited capacity to try criminal cases promptly, has led to a bottleneck in bringing people before a judge, and has led to overcrowding inside detention facilities. Currently, 82% of people deprived of their liberty in Haiti have not yet been tried.

UN staff from the Integrated Office in Haiti (BINUH) and the Human Rights Office, interviewed 229 men, women and children in detention. They described a lack of access to adequate medical care and medicines, that leaves them at risk should there be a medical emergency, and reliant on help from family members.

According to the report, cruel, inhuman or degrading treatment is also routinely used as a disciplinary measure in all the prisons visited, including against children.

Of the inmates interviewed, 27.9% had been ill-treated by prison officers or by inmates, with the consent of guards, and 44.5% said they had witnessed mistreatment.

With COVID-19 cases now rapidly increasing across Haiti, including inside prisons, the current conditions there ‘risk making it very difficult to control the spread of the virus’, the report warns.

Lack of ventilation, high degree of overcrowding, limited access to water, sanitation and medical assistance, are among the biggest concerns highlighted by the UN investigation.

In recent weeks, over 500 detainees in the National Penitentiary in Port-au-Prince have had fevers, diarrhoea and other COVID-19 symptoms.

In May alone, 16 inmates died of health complications. The lack of a proper testing strategy for people deprived of their liberty prevents the authorities and others from determining the true level of COVID-19 infections in prisons.

MINUJUSTH/Leonora BaumannA scene from inside a women’s prison, Haiti, October 2018.

More must be done: Bachelet

The report calls on the Government to urgently adopt decisive measures to improve the situation in places of detention and demonstrate unwavering political will to implement its recommendations.

The document acknowledges that the Haitian Government has taken some steps to reduce the use of pre-trial detention, including by adopting the Criminal Code and the Code of Criminal Procedures, which will enter into force in June 2022 and potentially reduce the prison population.

“These are important steps in the right direction, but they will take time to achieve their intended effects. In the meantime, the Government should take active measures to address the conditions in which people are being detained,” said the UN High Commissioner for Human Rights.

In a statement, Michelle Bachelet underscored that authorities should also take steps to reduce the overall number of people in detention, including by “granting early or provisional release of low-risk individuals, people who are charged with minor offences, pregnant women, minors and those who are particularly vulnerable to COVID-19 or associated diseases.”

Ms. Bachelet also reiterated her willingness to increase her collaboration with the Haitian authorities to work towards improving the challenging human rights situation in the country.

Finally, she called upon the Haitian Government to create a national mechanism to prevent torture, and to ratify the UN Convention against Torture as well as its Optional Protocol.