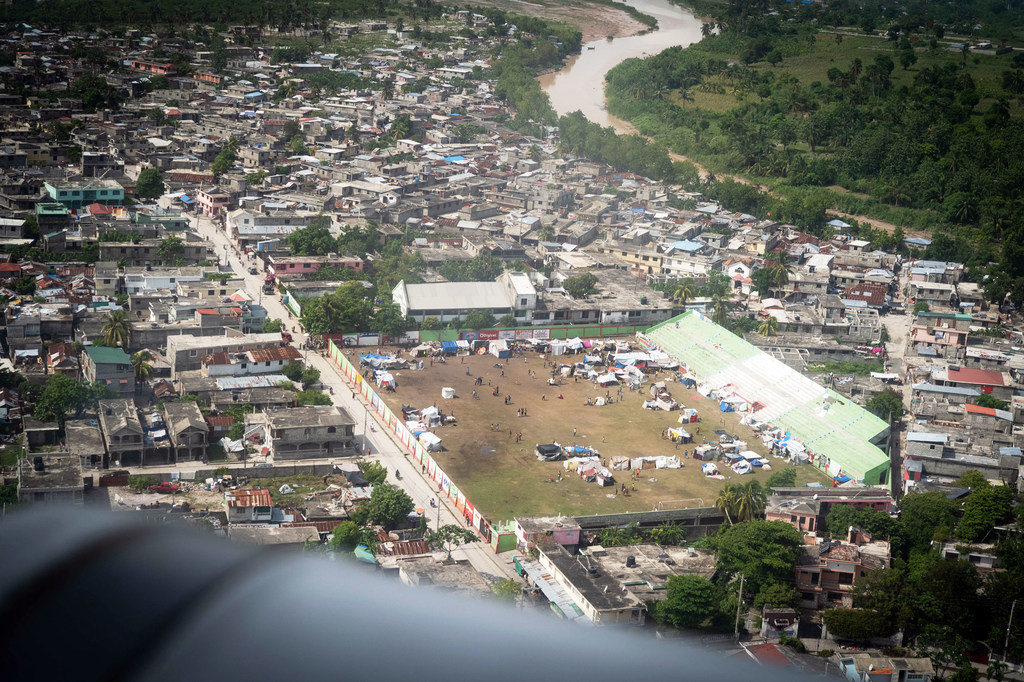 The UN and partners on Wednesday launched a $187.3 million appeal to support half a million people affected by the deadly earthquake in southwestern Haiti nearly two weeks ago.

The funding will be used to provide shelter, water and sanitation, emergency healthcare, food, protection and early recovery.

The 7.2 magnitude earthquake on 14 August killed more than 2,200 people and injured over 12,000 others.  More than 130,000 homes were destroyed or damaged, along with other infrastructure such as roads.

In the immediate aftermath of the disaster, aid partners, under the leadership of the Haitian Government, began a massive relief operation.  Search and rescue, and medical teams, are working to find survivors and provide urgent medical care in hard-to-reach areas.

“Haiti and its people need the world’s solidarity more than ever today as they deal with multiples crises at the same time,” said Bruno Lemarquis, the UN Resident and Humanitarian Coordinator, thanking countries which have provided personnel and aid so far.

“In the context of this response, moving towards recovery, and taking into account lessons learned from the devastating 2010 earthquake, it will be absolutely essential to support and rally behind national leadership and coordination efforts, support national and local capacities, systems, economic actors, and to build on Haitian knowledge and expertise for a contextualized response.”

UN Deputy Secretary-General Amina Mohammed, who travelled to Haiti last week, witnessed firsthand the disastrous humanitarian situation, and the pain and suffering of those who lived through the earthquake.

“The UN and our international partners need the support of the international community in providing vital supplies to help us build back better from this catastrophe. We cannot and must not leave the people of Haiti behind,” she said in a video message shared on her Twitter account on Wednesday.

Meanwhile, a surge in gang-related violence in recent months has displaced roughly 19,000 people in areas near the Haitian capital, which has made it difficult to reach the areas affected by the earthquake.

“We need safe and unimpeded access to all people in need,” he said.  “All parties, including armed groups, must ensure that humanitarian organizations and aid supplies have sustained and safe access to the affected areas.”