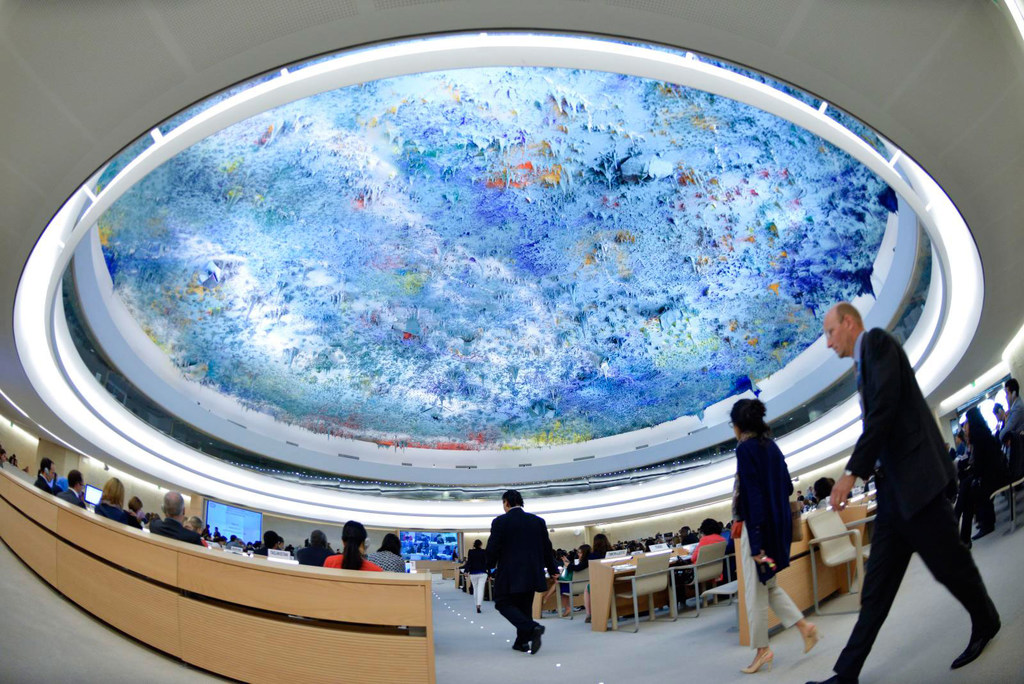 The UN Secretary-General has welcomed a commitment from the new US administration to “re-engage immediately and robustly” with the Human Rights Council, following the withdrawal of the United States from the multilateral body nearly three years ago.

“The Biden administration has re-committed the United States to a foreign policy centered on democracy, human rights, and equality”, said Secretary of State, Antony Blinken in a statement on Monday.

“Effective use of multilateral tools is an important element of that vision, and in that regard the President has instructed the Department of State to re-engage immediately and robustly with the UN Human Rights Council.”

The previous Trump administration withdrew in June 2018, accusing the Council of displaying entrenched bias against Israel, and criticizing what the then-president and his UN ambassador at the time, said was the body’s willingness to admit nations which were themselves frequent human rights abusers.

In a brief statement issued by his Spokesperson, UN chief António Guterres said he welcomed the decision from the US, to re-engage: “The Human Rights Council is the world’s leading forum for addressing the full range of human rights challenges. The Council’s mechanisms and special procedures are vital tools for ensuring action and accountability.

US a ‘crucial voice’

“The United Nations looks forward to hearing the crucial voice of the United States across the Council’s urgent work”, said Stéphane Dujarric

In remarks at the Human Rights Council Organizational Meeting in Geneva on Monday, US Chargé d’Affaires Mark Cassayre said the Biden administration “believes in a foreign policy centered on democracy, human rights, and equality…Effective use of multilateral tools is an important element of that vision.”

He said the US would first re-engage sitting as an Observer, and in that capacity the Government will have the opportunity to speak in the Council, participate in negotiations, and partner with others to introduce resolutions.

Mr. Cassayre added that “while recognizing the Council’s flaws, we know that this body has the potential to be an important forum for those fighting tyranny and injustice around the world. By being present at the table, we seek to ensure it can live up to that potential.”

In his statement earlier, Secretary Blinken also highlighted that there were “flaws” in the Council’s structure, but “when it works well”, he said, the Council “shines a spotlight on countries with the worst human rights records and can serve as an important forum for those fighting injustice and tyranny.

“The Council can help to promote fundamental freedoms around the globe, including freedoms of expression, association and assembly, and religion or belief as well as the fundamental rights of women, girls, LGBTQI+ persons, and other marginalized communities”, he added. “To address the Council’s deficiencies and ensure it lives up to its mandate, the United States must be at the table using the full weight of our diplomatic leadership.”