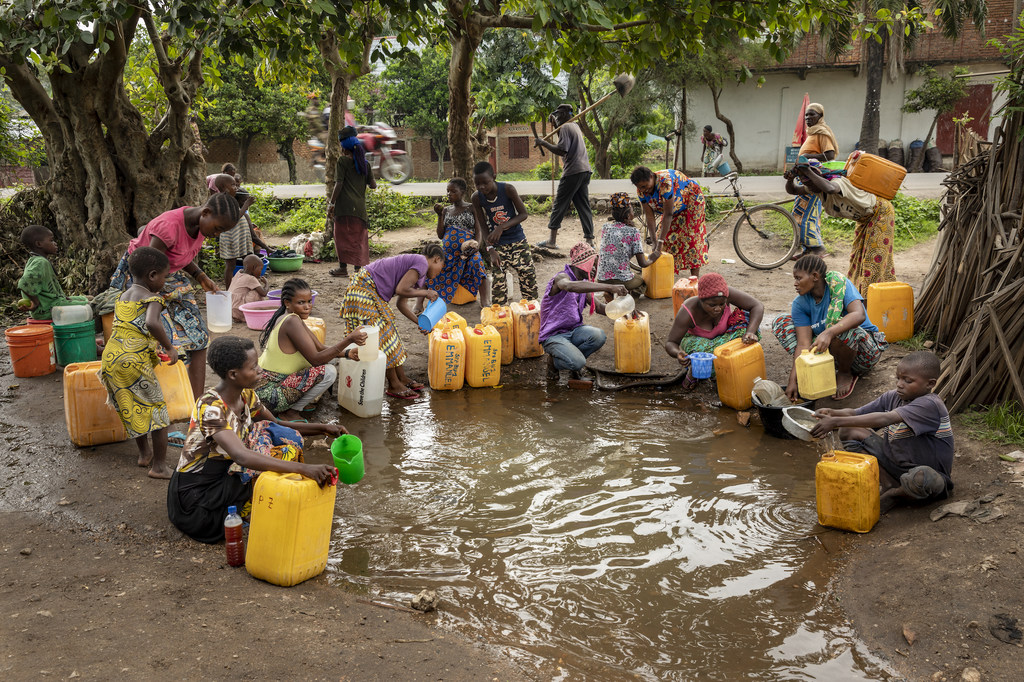 The United Nations Children’s Fund (UNICEF), on Friday, highlighted the dire situation of some three million displaced children in the Democratic Republic of the Congo (DRC) who face brutal militia violence and extreme hunger.

Whole villages have been set ablaze, health centres and schools ransacked, and entire families – including children – hacked to death, in a series of merciless attacks in eastern DRC by fighters using machetes and heavy weapons, UNICEF said in a news release. Communities have been forced to flee with only the barest of possessions.

“Displaced children know nothing but fear, poverty, and violence. Generation after generation can think only of survival”, Edouard Beigbeder, UNICEF Representative for the DRC, said.

“Yet the world seems increasingly indifferent to their fate. We need the resources to continue helping these children have a better future.”

There are some 5.2 million displaced people in the DRC, about half of whom were displaced in the last twelve months, according to UN data. The overall figure includes about three million children.

Families forced from their homes and villages are compelled to live in crowded settlements lacking safe water, health care and other basic services. Others are taken in by impoverished local communities. In the most violence-afflicted provinces of Ituri, North Kivu, South Kivu and Tanganyika, more than 8 million people are acutely food insecure.

Sharp rise in violations against children

UNICEF’s report Fear and Flight: An uprooted generation of children at risk in the DRC, released on Friday, underscores the gravity of the crisis.

The report recounted testimony of children who have been recruited as militia fighters, subjected to sexual assault, and suffered other grave violations of their rights – abuses that registered a 16 per cent increase in the first six months of 2020 compared to the previous year.

However, delivering relief assistance to populations who have been displaced is complex, and often hampered by insecurity and a weak transport infrastructure.

A rapid response programme directed by UNICEF with partner NGOs offers a temporary solution, providing tarpaulins, cooking utensils, jerrycans and other essentials to nearly 500,000 people in 2020, said the UN agency.

According to Typhaine Gendron, the Chief of Emergency for UNICEF in DRC, such emergency distributions help deal with the “immediate shock” of being displaced. They are also part of an integrated response that looks to address a family’s broader needs in health, nutrition, protection, water and sanitation (WASH), or education, she added.

While the volatile security situation is a major concern for aid workers and UNICEF personnel engaged in the humanitarian response, additional funds are also desperately needed. UNICEF’s 2021 humanitarian appeal for the country, amounting to about $384.4 million is only 11 per cent funded.

Without timely and adequate funding, UNICEF and its partners will not be able to provide critical services addressing the acute humanitarian needs of almost three million Congolese children and their families and protect and promote their rights, the agency warned.

UNICEF Representative Beigbeder stressed the urgency, “without sustained humanitarian intervention, thousands of children will die from malnutrition or disease, and displaced populations will not receive the basic lifesaving services they depend on.”

UNICEF/Olivia AclandDisplaced persons stand amid huts made from palm fronds in Mukawa, Tanganyika province, Democratic Republic of the Congo.