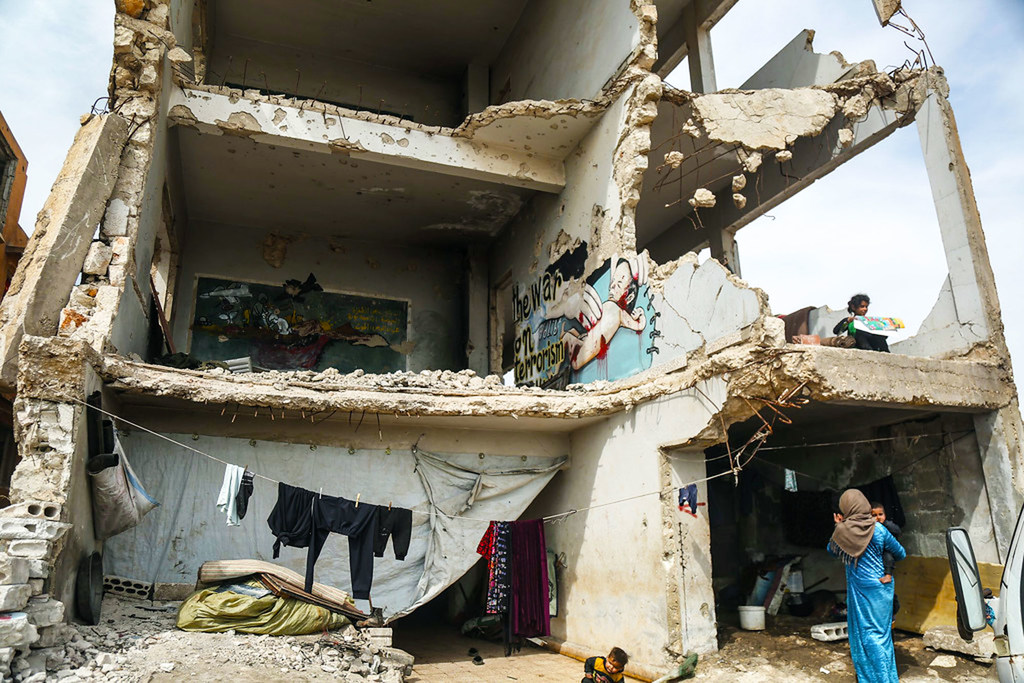 The UN Special Envoy for Syria said there had to be “constructive international diplomacy” if the peace process is to move forward in any way, appearing before the Security Council behind closed doors on Tuesday.

“I am more convinced than ever that without this, it is unlikely that any track – the constitutional track or any other – will really move forward”, Geir O. Pedersen told a stakeout held online for UN correspondents, following the briefing.

Syria has been beset by brutal conflict, economic collapse, and a disastrous humanitarian crisis for nearly ten years.

The UN humanitarian office, OCHA, estimates that some 80 per cent of the population currently lives in poverty, and civilians face a range of dangers – from instability, arbitrary detention and abduction, to criminality and the activities of terrorist groups.

Political settlement ‘must be negotiated’

Meanwhile, on the diplomatic front, the UN envoy observed “a lack of trust and confidence …political will to compromise…[and] of political space to compromise too.”

He told the Council that although many of the issues of concern to the parties are neither constitutional nor “even in the hands of the Syrians themselves”, they are all linked.

“I stressed that no one actor or existing group of actors – Syrian or foreign – can determine the political settlement of the conflict. It must be negotiated”, said Mr. Pedersen.

Furthermore, he believes that while everyone accepts that, “most players seem keen for the other side to move first”.

The UN envoy upheld the need for constructive international diplomacy that bridges existing divides and focuses on “mutual and reciprocal steps”.

According to Mr. Pedersen, “steps, defined with realism and precision” can create the trust and confidence needed to “generate movement on the issues in resolution 2254”, which calls for a ceasefire and political settlement in Syria.

He said that he would continue engaging with the government in Damascus, the Syrian National Council (SNC) and the two Co-Chairs with the hopes of traveling to the capital city “in the not-too-distant future”.

Meanwhile, speaking to journalists at his regular press briefing, spokesperson Stéphane Dujarric shared the UN’s concern over the situation of almost 62,000 people living in Syria’s Al Hol camp, of whom 93 per cent are women and children – many wives and children of extremists – more than 31,000 of whom are under the age of 12.

On Wednesday, UN independent rights experts called on governments to repatriate their nationals immediately from Al Hol, saying that “an unknown number” had died while being detained in the “squalid” camps of Syria’s northeast.

“We and our humanitarian partners continue to provide comprehensive and lifesaving assistance at Al Hol, including through food, clean drinking water, health facilities, shelter and a range of other services”, he said.

To help protect families against the cold winter temperatures, close to 4,000 tents have been replaced, and essential items distributed, including heating fuel, blankets and winter clothes.

“The UN stresses the need for full and regular humanitarian access to the camp so that all residents continue to receive essential assistance”, underscored Mr. Dujarric.

“Durable solutions for all residents are needed”, he said, adding that any returns must be “voluntary, safe and dignified”.