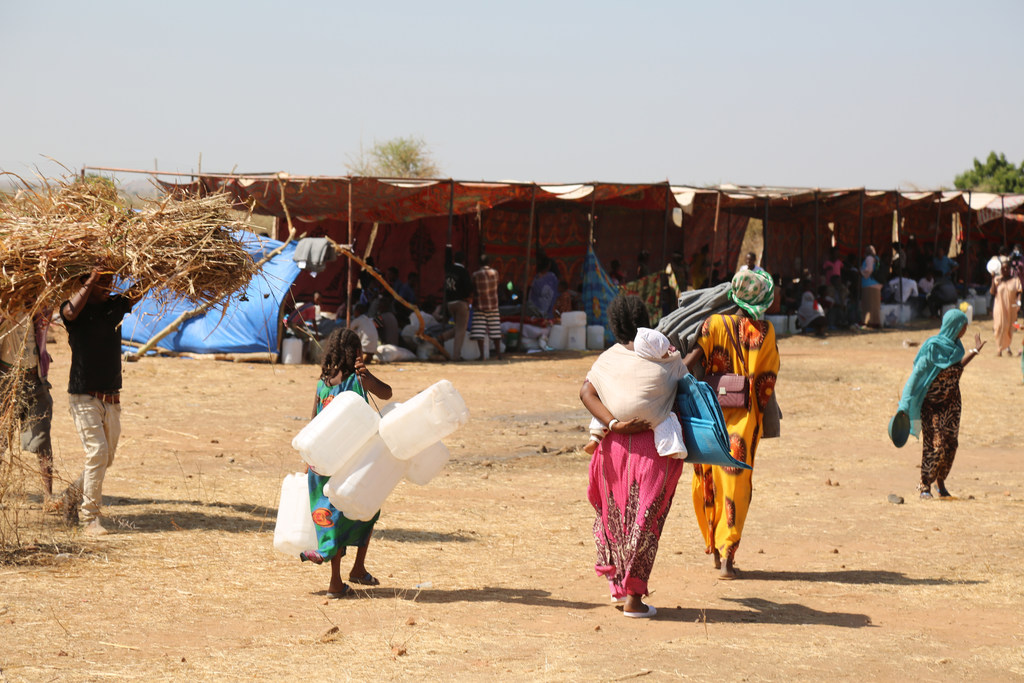 A joint United Nations-Government of Ethiopia mission to Mekelle in the country’s Tigray region, on Saturday, underscored the need for strong partnership to rapidly scale up a Government-led collective response to meet immediate humanitarian needs in the region.

Since the onset of the crisis, almost 1.7 million people of the region have been provided with emergency food rations through joint efforts, according to the UN World Food Programme (WFP). About 26,000 Eritrean refugees residing in two camps have also received food and nutrition assistance.

However, more needs to be done, highlighted WFP Executive Director David Beasley, who visited the region, along with Ethiopian Federal Minister of Peace Muferihat Kamil and UN Resident and Humanitarian Coordinator Catherine Sozi.

“We must do more, together, to meet the needs of the population”, he said.

Mr. Beasley also announced that WFP accepted a request from the Government to augment the transportation capacity of the Government and partners to deliver humanitarian assistance into and within Tigray.

The UN agency also agreed to provide emergency food relief to up to 1 million people in Tigray and would launch a blanket supplementary feeding programme to support up to 875,000 nutritionally vulnerable children, and pregnant and lactating mothers.

The agreed WFP interventions will require $107 million to be implemented over the next six months, in areas and communities jointly identified and prioritized with the Government, the UN agency said.

Muferihat Kamil, Ethiopia’s Federal Minister of Peace, said that the Government is “moving with urgency” to approve requests for movement of international staff into and within Tigray, to ensure that humanitarian assistance programmes can be expanded.

“Several such requests have been approved over the past few days and the process of rapid and streamlined approvals will continue. The Government will also review visa requests for international humanitarian staff with urgency and priority”, he said, adding “communication capability for UN and humanitarian partners with significant operations in Tigray will be enhanced.”

Meanwhile, the UN Special Adviser on Prevention of Genocide called on the authorities to establish national mechanisms to address the root causes of ethnic violence, build national cohesion and promote reconciliation.

In a statement on Friday, Special Adviser Alice Wairimu Nderitu, voiced concerns over reports of hate speech and stigmatization, including ethnic profiling, as well as allegations of serious human rights violations and abuses committed by the parties to the conflict in the Tigray region and their allies.

A failure to address ethnic violence, stigmatization, hate speech, religious tensions compounded with other risk factors, including lack of accountability for serious violations committed, perpetuates an environment that exposes the civilian population to a high risk of atrocity crimes, said Ms. Nderitu

If urgent measures are not immediately taken to address the ongoing challenges facing the country, the risk of atrocity crimes in Ethiopia remains high and likely to get worse, she warned.