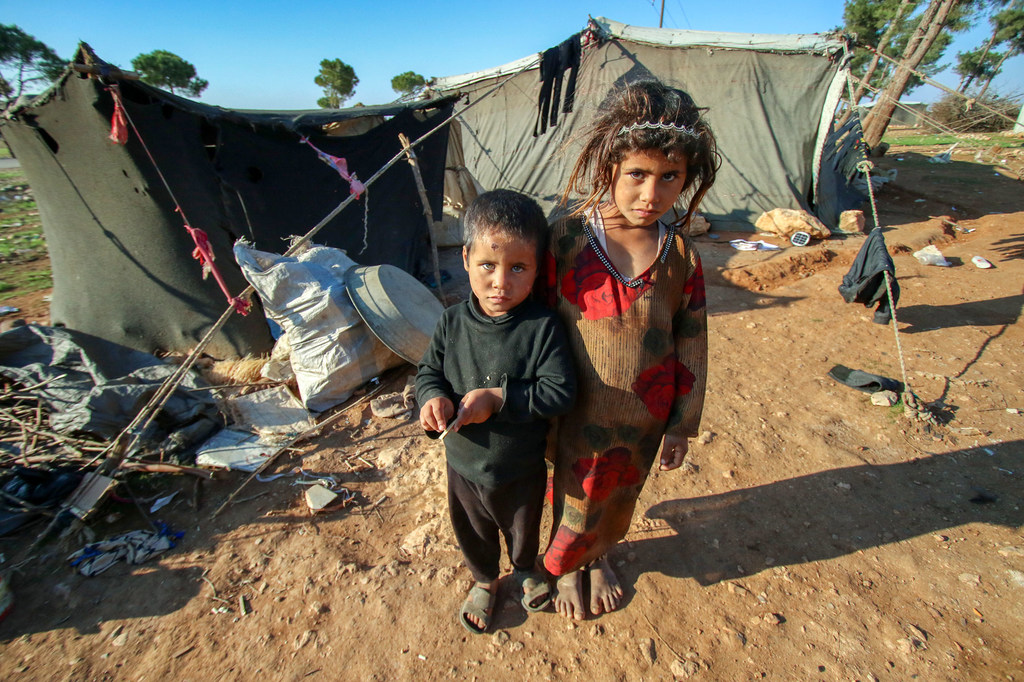 After a decade of conflict, economic collapse compounded by COVID-19, corruption and mismanagement, the UN Syrian envoy told the Security Council on Wednesday that “a slow tsunami” is now “crashing across Syria”.

“Today, millions inside the country and the millions of refugees outside, are grappling with deep trauma, grinding poverty, personal insecurity, and lack of hope for the future”, Special Envoy Geir Pedersen said via video link.

Ten years of death, displacement, destruction and destitution “on a massive scale”, have left millions of Syrians grappling with “deep trauma, grinding poverty, personal insecurity and lack of hope for the future”, he added.

The UN envoy painted a grim picture of what lies ahead in 2021.

He cited the UN humanitarian office, OCHA, in saying that more than eight in 10 people are living in poverty, and the World Food Programme (WFP) has assessed that 9.3 million are food insecure.

And with rising inflation and fuel shortages, he expects that the authorities will be unable to provide basic services and goods. The pandemic is also continuing to take its toll.

“Syrians are suffering”, the UN official said, speaking out against economic sanctions that would worsen the plight of Syrians. “A torn society faces further unraveling of its social fabric, sowing the seeds for more suffering and even more instability”, he warned.

Civilians continue to be killed in crossfire and IED attacks while facing dangers ranging “from instability, arbitrary detention and abduction, to criminality and the activities of UN-listed terrorist groups”, said the UN envoy.

“The political process is not as yet delivering real changes in Syrian’s lives nor a real vision for the future”, he said, pointing to the need for confidence-building steps, such as unhindered humanitarian access; information on and access to detainees; and a nationwide ceasefire.

Moreover, free and fair elections, as envisaged in Security Council resolution 2254, “seem far into the future”, he added.

He called for “more serious and cooperative international diplomacy” and urged States to build on common interests, including stability, counter-terrorism and preventing further conflict that “could unlock genuine progress and could chart a safe and secure path out of this crisis for all Syrians”.

Mr. Pedersen flagged that, depending on COVID, the Syrian-led, Syrian-owned, UN-facilitated Constitutional Committee will convene in Geneva next week.

“We need to ensure that the Committee begins to move from ‘preparing’ a constitutional reform to ‘drafting’ one, as it is mandated to do”, he spelled out.

A country of crises

“As a result of decreased purchasing power, over 80 per cent of households report relying on negative coping mechanisms to afford food”, he told ambassadors.

Also of grave concern is the continuing economic crisis that has created fuel shortages and power cuts during winter, and a rising dependency on child labor.

As the COVID pandemic compounds the economic crisis, he said that amidst limited testing, “there are indications that Syria may be experiencing a renewed wave of infections”.

Assisting those in need

Turning to desperate conditions at the notorious Al Hol refugee camp, the UN official stressed that security must be provided without endangering residents, violating their rights or restricting humanitarian access.

He reminded that most of the 62,000 people there are younger than 12, and “growing up in unacceptable conditions”.

Stressing the UN’s focus on life-saving humanitarian needs, Mr. Lowcock said the Organization was committed to assisting but required “adequate funding, improved access, and an end to the violence that has tormented Syrians for nearly a decade”.