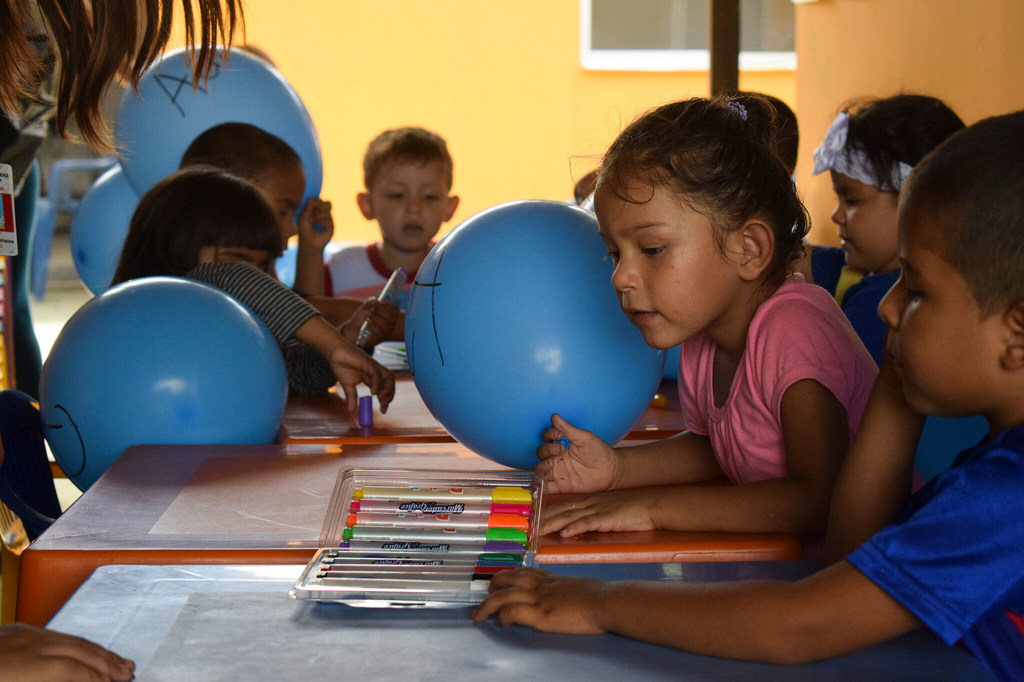 Despite a steady decrease in grave violations against children in Colombia since the signing of the 2016 Peace Agreement between the Government and FARC rebels, youngsters there continue to suffer from the impact of hostilities, according to a new UN report published on Wednesday.

While welcoming a decline in violations, Virginia Gamba, Special Representative for Children and Armed Conflict (CAAC) reminded that the reporting period – between 1 July 2019 and 30 June 2021 – coincided with the COVID-19 pandemic, hampering the UN’s ability to confirm abuses.

“Children are still being used and abused by parties to conflict”, she said.

Girls have been particularly affected by grave violations, accounting for one-third, of all 330 children impacted – greater than the CAAC agenda average, which stands at 23 per cent.

The most prominent violation, which impacted 220 children, saw them recruited and abused by armed groups, including dissident FARC-EP fighters, which were the main perpetrators, as well as the militant group Ejército de Liberación Nacional (ELN).

Also concerning were the linkages between displacement and grave violations, especially child recruitment threats that forced families to move.

The Special Representative called on all armed groups to immediately stop recruiting and using children and to release those in their ranks, so they may return to their communities and participate in reintegration programmes.

She also reminded that boys and girls associated with armed groups and forces, should primarily be considered as victims.

The killing and maiming of 118 children were also verified during the reporting period, due mainly to gunshot wounds, anti-personnel landmines, unexploded ordnance, and aerial attacks.

Ms. Gamba emphasized that Colombia remains one of the countries most affected by explosive remnants of war.

She called on armed groups to stop the use of indiscriminate explosive devices and encouraged the Government to scale up demining and mine-risk education activities across the country.

“Additionally, all parties should take all necessary measures to protect children during military operations and activities, in line with international humanitarian law, in particular the principle of precaution”, said the Special Representative added.

“Armed confrontations in areas where civilians and children are present should be planned and executed with the principles of distinction, proportionality and precautions and to ensure the protection of non-combatants”.

Other verified violations included rape and sexual violence, which are generally underreported for fear of stigma, retaliation, and lack of survivor services.

During the reporting period, the reintegration of children released from armed groups continued, with 323 enrolled in specialized programmes, according to the Colombian Family Welfare Institute.

Furthermore, the Office of the High Commissioner for Peace, a political office in the State’s Executive Branch, recognized an additional 232 former FARC-EP combatants as having been children at the time of the laying down of weapons and received reintegration services.

The Special Representative welcomed progress made on accountability by the Government and transitional justice mechanisms, as well as new policy measures adopted to strengthen child protection and prevent violations.

“Prevention measures, including a new policy to prevent the recruitment and use of children and sexual violence against children, as well as a national strategy focusing on highlighting the risks of recruitment are welcomed steps in the right direction to reinforce the prevention of grave violations and strengthen the protection of boys and girls against them”, said Ms. Gamba.

“My office and our United Nations colleagues on the ground remain available to support the Colombian authorities in the implementation of such prevention measures”.