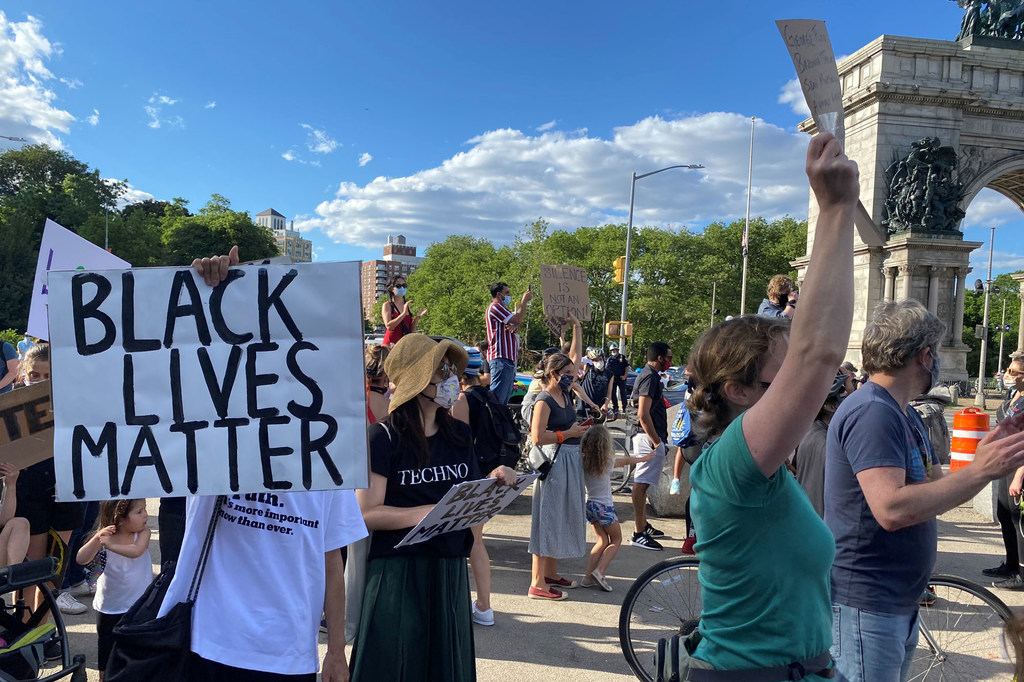 A UN independent human rights expert has slammed new laws in several American states aimed at suppressing racial justice protests and the Black Lives Matter movement, according to a statement on Wednesday.

Special Rapporteur Clément Voule said the laws adopted in Florida and Oklahoma appear to be part of an ongoing effort to curtail demonstrations, such as those which took place following the killing of George Floyd last May.

He feared they are part of a wave of legislation to restrict racial justice protests in the US, where more than 90 anti-protest bills have been introduced in 35 state legislatures since May 2020. Seven other states have draft laws which are moving towards enactment.

“I am afraid that the adoption of anti-protests laws in Florida and Oklahoma may be part of a snowball effect which started in 2017 with anti-protest legislation spreading through the country”, said Mr Voule, who is the UN Special Rapporteur on the right to peaceful assembly.

“I strongly urge all states to refrain from going down the same path.”

The rights expert added that the two new laws are riddled with vaguely defined offences and draconian penalties.

“Vague definitions of ‘riot’, ‘mob intimidation’, and ‘obstruction’ as set out in these laws provide excessive discretion to law enforcement authorities to intimidate and criminalize legitimate protest activities”, he said. “Any restrictions on this fundamental freedom must be narrowly and clearly defined.”

Mr. Voule was also concerned that the laws create new legal immunity for people who injure or even kill peaceful street protestors.

For example, a driver who injures or kills someone while “fleeing from a riot” is protected from civil and criminal liability under the Oklahoma law.

In Florida, a defendant in a civil lawsuit will now be able to avoid liability by establishing that the injury or death they caused “arose from” conduct by someone “acting in furtherance of a riot”.

Mr. Voule said civil society advocates have pointed out that such immunity will provide incentives for the actions of white supremacist vigilante groups and allow further violence against Black Lives Matter protesters.

“The targeting of the Black Lives Matter movement, while creating legal protections for those who attack them, is deeply disturbing”, he said.

They serve in their independent capacity and on a voluntary basis.  They are neither UN staff, nor do they receive a salary from the Organization.