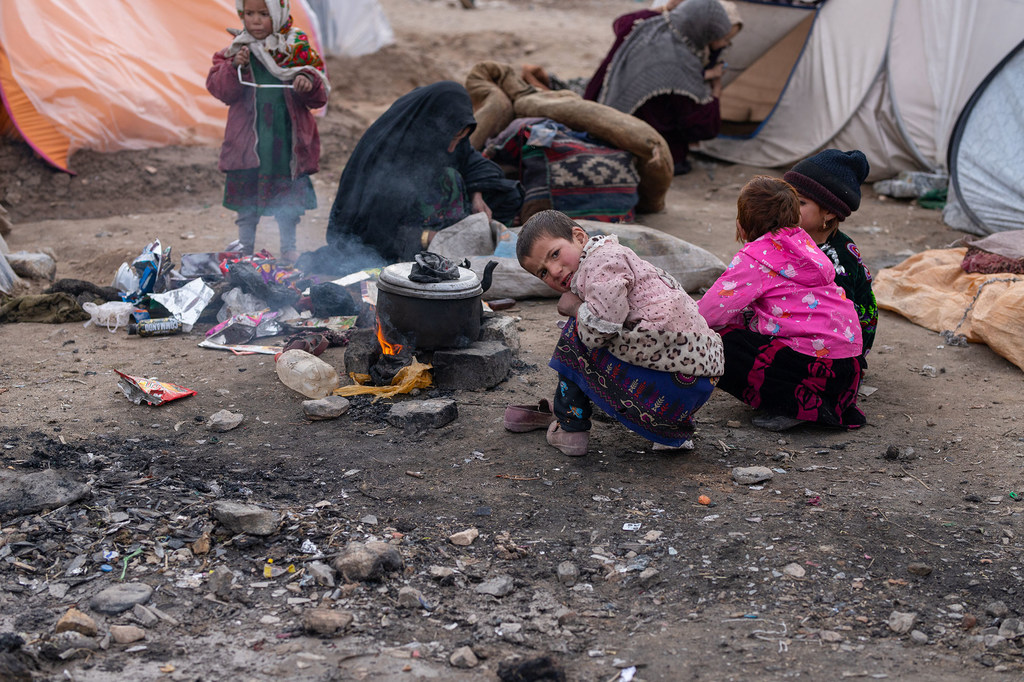 Describing a “nightmare unfolding in Afghanistan”, the United Nations’ Secretary-General, António Guterres, warned on Thursday that the world is “in a race against time to help the Afghan people.”

Just two days ago, the United Nations launched its largest-ever humanitarian appeal for a single country, requiring more than $5 billion this year.

“Babies being sold to feed their siblings. Freezing health facilities overflowing with malnourished children. People burning their possessions to keep warm. Livelihoods across the country have been lost.”

Currently, more than half the population of Afghanistan depends on life-saving assistance.

Without a more concerted effort from the international community, Mr. Guterres argued, “virtually every man, woman and child in Afghanistan could face acute poverty.”

According to the Secretary-General, when properly funded, the aid operation has the capacity to achieve “amazing results.”

Last year, the UN and its humanitarian partners reached 18 million people across the country, over 60 per cent more than the year before.

These workers now have access to areas and communities that have been off-limits for years, but humanitarian operations need more money and more flexibility.

“Freezing temperatures and frozen assets are a lethal combination for the people of Afghanistan”, Mr. Guterres warned.

The UN chief also pointed to rules and conditions that prevent money from being used to save lives and the economy, arguing that they shouldbe suspended.

“International funding should be allowed to pay the salaries of public-sector workers, and to help Afghan institutions deliver healthcare, education and other vital services”, he said.

Mr. Guterres also welcomed the Security Council’s adoption of a humanitarian exception to the sanctions regime for the country, back in December.

He believes the decision provides financial institutions and commercial actors with legal assurances to engage with humanitarian operators, without fear of breaching sanctions.

To avoid economic collapse, the Secretary-General believes that the function of Afghanistan’s Central Bank must be preserved. On top of that, a path for conditional release of foreign currency reserves should be identified.

According to him, the United Nations is taking steps to inject cash into the economy “through creative authorized arrangements”, but it is “a drop in the bucket.”

The Secretary-General then highlighted one positive example, the Afghanistan Reconstruction Trust Fund (ARTF), created by the World Bank.

“I hope the remaining resources, more than $1.2 billion, will become available to help Afghanistan’s people survive the winter”, he said.

As he appealed to the international community, the Secretary-General made an “equally urgent plea” to the Taliban leadership, asking them to recognize and protect the fundamental human rights of women and girls.

“Across Afghanistan, women and girls are missing from offices and classrooms. A generation of girls is seeing its hopes and dreams shattered. Women scientists, lawyers and teachers are locked out, wasting skills and talents that will benefit the entire country and, indeed, the world.”

“No country can thrive while denying the rights of half its population”, he concluded.