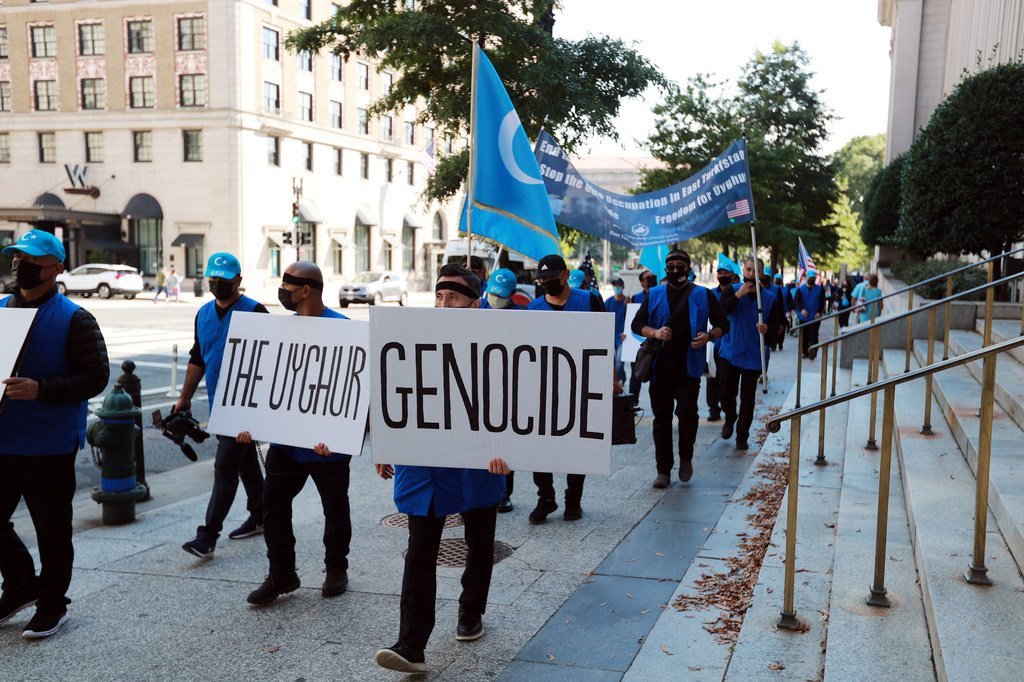 Dozens of independent UN human rights experts on Friday urged the Chinese Government to “cooperate fully” with the UN human rights system over abuse allegations, and grant them “unhindered access – particularly to prisons and detention centres.

“Strengthening engagement with independent human rights experts and Human Rights Council mechanisms is crucial to full and transparent enforcement of China’s human rights obligations,” the group of more than 40 experts said, ahead of the Council’s landmark 50th session, which begins on Monday.

In a statement, they recalled the Government’s high-level engagement with the High Commissioner during her recent visit to the country, and stressed the value of constructive dialogue, with all UN human rights entities.

The experts stressed that those meetings should not be a substitute for the “urgent need” to carry out a complete assessment of the human rights situation in the country, and especially in the Xinjiang Uyghur Autonomous Region (XUAR), the Tibet Autonomous Region, and in the Hong Kong Special Administrative Region.

“The Government of China must address specific and systematic human rights violations,” they said, calling on authorities in Beijing to ensure full and transparent cooperation with the entire UN human rights system.

The rights experts renewed the calls made by 50 UN Special Rapporteurs and human rights experts in a June 2020 joint statement, that catalogued concerns over the treatment of ethnic minorities in XUAR and Tibet, alleging excessive force against protesters, as well as in Hong Kong, and reports of retaliation against people voicing their concerns publicly over COVID-19 pandemic policies.

The statement highlighted the need to protect fundamental human rights in China, including freedoms of expression, cultural rights, peaceful assembly and association, religion or belief, and non-discrimination; to prevent forced labour in the formal and informal economy, protect journalists and healthcare workers; and to promote women’s freedom from sexual violence.

The independent experts also called on the Government to ensure sexual and reproductive health rights are equally guaranteed to all women and girls, regardless of ethnic or religious identity.

“Since 2017, we have repeatedly raised concerns about widespread violations of the rights of Uyghurs and other Muslim minorities in the Xinjiang Uyghur Autonomous Region on the basis of religion or belief and under the pretext of national security and preventing extremism,” the experts said.

“Deep concerns also persist about the rights of religious and ethnic minorities in the Tibet Autonomous Region and other parts of the country.”

“UN Special Procedures experts continue to voice their concerns over the absence of protection for the right to privacy, reported use of mass surveillance including in the XUAR, entrenched censorship and consolidation of anti-terrorism and sedition law applied to Hong Kong,” they stated.

The experts reiterated recommendations made in the June 2020 joint statement, urging the Human Rights Council to convene a special session on China; consider the creation of a Special Procedures mandate; and appoint a UN Special Envoy or or a panel of experts to closely monitor, analyse and report annually on the human rights situation in China.

They emphasized the value of a consistent UN approach in assessing China’s human rights obligations and commitments.

“Upholding the same standards and their equal application to all States, big and small, is important to maintaining the integrity, credibility and moral authority of Human Rights Council and UN systems for human rights enforcement around the world,” the experts said.

Special Rapporteurs and independent experts are appointed by the Geneva-based UN Human Rights Council to examine and report back on a specific human rights theme or a country situation. The positions are honorary and the experts are not paid for their work.

Click here for the name of all the experts who participated in this statement.