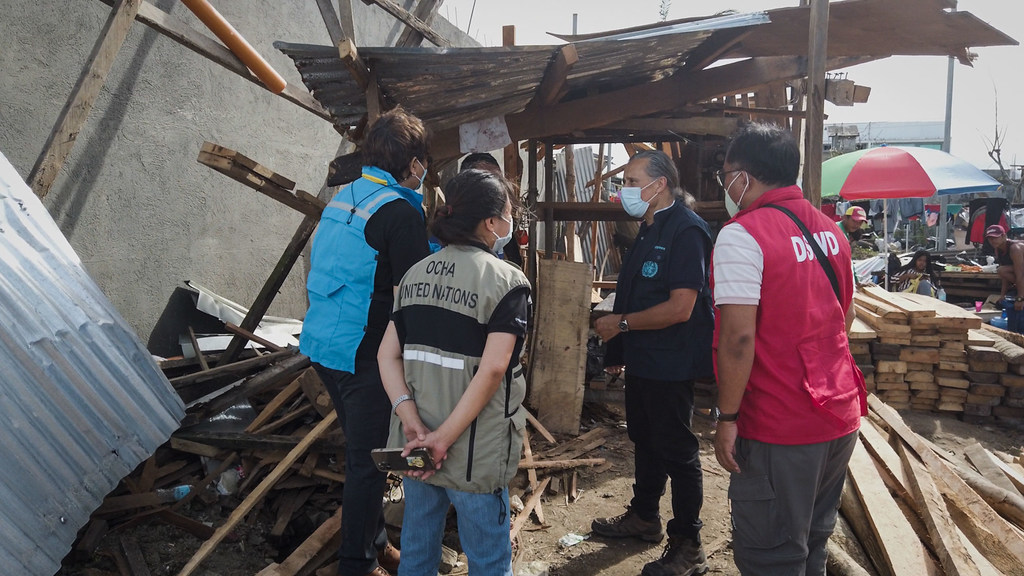 Humanitarians are scaling up assistance in the Philippines to assist hundreds of thousands still impacted by Typhoon Rai which struck the islands seven weeks ago, the UN said on Wednesday, launching a $169 million revised appeal to meet the urgent and growing needs.

The revised Humanitarian Needs and Priorities Plan (HNP) targets 840,000 people over six months, up from 530,000 in the initial $107 million HNP, released on 24 December.

“The revised HNP reflects our new understanding based on over 70 field assessments, that despite the massive rapid response by the Government and civil society organizations, humanitarian needs remain very high,” said Gustavo Gonzalez, UN Resident and Humanitarian Coordinator in the Philippines.

Typhoon Rai, known locally as Odette, struck the Philippines on 16 December, sweeping through 11 of 17 provinces, including some of the poorest parts of the country.

The area affected is as large as Austria, according to Brenda Barton, Country Director for the World Food Programme (WFP).

Some 1.7 million houses, 16,000 schools, and 330 health clinics were damaged or destroyed.  Over 10 million hectares of crops were impacted, and 80 municipalities are still experiencing power outages or disruptions.

Ms. Barton travelled to one of the affected areas shortly after the typhoon hit. She described the scene to journalists attending the daily briefing at UN Headquarters in New York.

“I have been working for WFP for 30 years. I have worked a lot in Africa, a lot in crisis zones, and I have really never seen anything like that,” she said, speaking from Manila.

“It was really an image of sort of a combination between a typhon and tornado, and things just literally being ripped up from the ground and twisted.”

Humanitarians have listed shelter and food among the top priorities, along with clean water, as well as access to medicines and sanitation facilities.

Education is also a pressing need as planned re-openings of some schools have now come to a halt, while hundreds of thousands of people, particularly in fishing and farming communities, have lost their livelihoods.

© UNOCHA/Iris LapidA man collects a sheet-metal from a beach that has been ravaged by the Typhoon Rai, in Philippines.

Pushed to the brink

WFP had originally sought $25 million to help with food provision, but also logistics and telecommunications, but needs have jumped by another $12 million.

Ms. Barton said Typhoon Rai hit a country where so many people were already chronically malnourished, with one in three children stunted, while some affected areas had food insecurity levels over 50 per cent, even before the COVID-19 pandemic.

Along with most of the globe, the Philippines has had to implement lockdowns and other measures over the past two years to contain coronavirus spread, which have devastated the economy.

“It’s pushed people to the edge,” said Ms. Barton.  “They don’t have the incomes that they had before, they don’t have the remittances from the Filipino workers abroad, and so people are very much – and children especially – living on the edge.”

‘A crisis within a crisis’

Humanitarians said the typhoon has only aggravated a situation that was already fragile due to the pandemic, generating “a crisis within a crisis”, as it hit just as the Philippines was experiencing a surge in coronavirus cases.

Mr. Gonzalez warned that hard-won development gains could be lost.

“Swift and generous support from donors is vital to protect these important development progress from back-sliding. By supporting the HNP we are backing the work of more than 70 national and international organizations to save lives, protect the most vulnerable and lay the groundwork for recovery and reconstruction.”