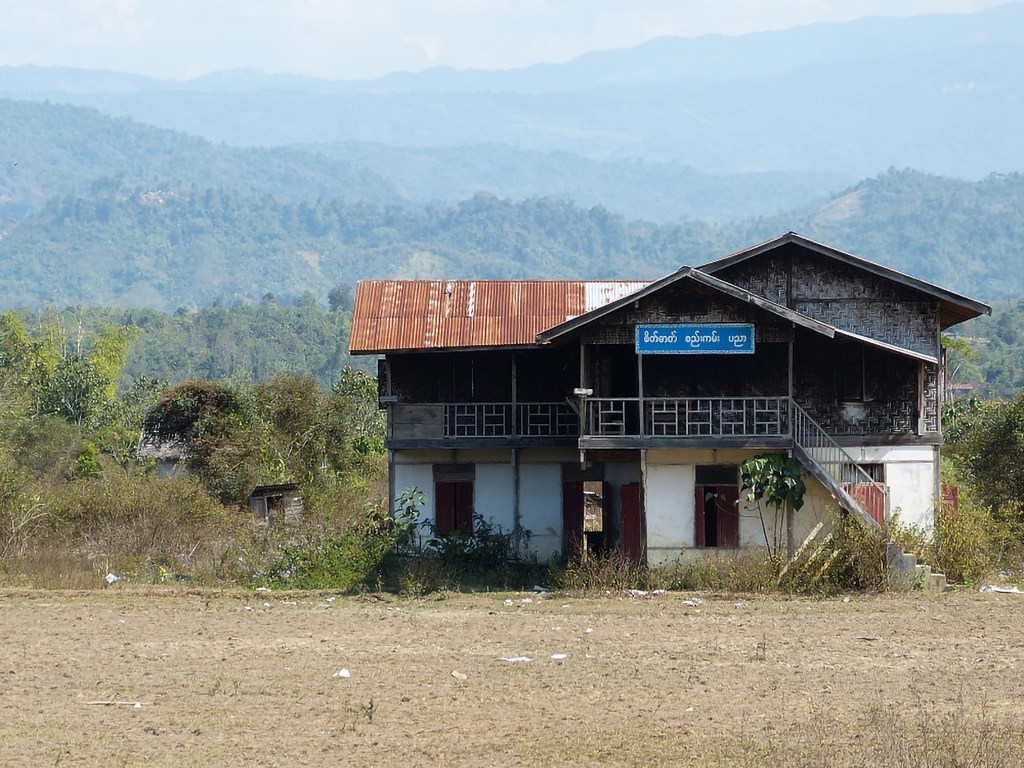 Security forces in Myanmar have reportedly occupied more than 60 schools and university campuses across the country, marking a further escalation of the crisis, the United Nations Children’s Fund (UNICEF) said on Friday.  In a statement issued later in the day, the UN Secretary-General condemned the “continuing brutal violence” being directed at peaceful protesters as the death toll mounts.

“The killing of peaceful demonstrators and arbitrary arrests, including of journalists, is utterly unacceptable”, reiterated UN chief António Guterres, in a statement issued by his Spokesperson.

“The military continues to defy calls, including by the Security Council, to end violations of fundamental human rights and return to the path of democracy. A firm, unified international response is urgently needed.”

“The Secretary-General will continue to stand with the people, and their aspirations to achieve a peaceful, stable and prosperous Myanmar”, he added.

According to UNICEF, as of 19 March, Myanmar security forces had reportedly occupied more than 60 schools and university campuses in 13 states and regions.

In at least one incident, security forces reportedly beat two teachers while entering the premises, and left several others injured, the agency said in a joint statement with the UN Educational, Scientific and Cultural Organization (UNESCO) and the NGO, Save the Children .

“These incidents mark a further escalation of the current crisis and represent a serious violation of the rights of children. Schools must not be used by security forces under any circumstances”, they stressed.

The agencies warned that the occupation will exacerbate the learning crisis for almost 12 million children and youth in Myanmar, which was already under tremendous pressure due to the COVID-19 pandemic and ensuing widespread school closures.

They urged security forces to “vacate occupied premises immediately” and ensure that they are not used by military or security personnel.

UNICEF, UNESCO and Save the Children also reminded the security forces of their obligations to uphold the rights of all children and youth in Myanmar to education as enshrined in the Convention on the Rights of the Child, the Myanmar Child Rights Law, and the National Education Law.

“[We] call on them to exercise maximum restraint and end all forms of occupation and interference with education facilities, personnel, students and other public institutions”, they added.

The crackdown on peaceful protesters has also intensified, with at least 121 people killed since last Friday. Hundreds more have been injured and over 2,400 people, including hundreds of children, have been detained since the coup began last month.

News reports suggest that a further seven were shot dead in the the central town of Aungban on Friday.

UNICEF/Minzayar OoAs of the start of 2021, about one million people are in need of humanitarian aid and protection in Myanmar. Pictured here, children play at an IDP camp in Kachin state, northern Myanmar. (file photo)

The violence being carried out by forces loyal to the military junta has also had an impact on relief programmes for nearly a million people – identified at the beginning of the year as needing assistance.

According to humanitarians in the country, aid operations have been disrupted by the military takeover and efforts to resume critical programmes have been hampered by difficulties in communication, transportation and supply chains, as well as shortages of cash for operations.

In addition, recent clashes between security forces and an armed group in Kachin province, in northern Myanmar, reportedly displaced more than 50 people, prompting worries for vulnerable communities. In a separate incident of shelling, four people, including two children were also reportedly injured.

There are also concerns that the ongoing crisis could disrupt COVID-19 and other essential services, including safe pregnancy and childbirth and have serious, even life-threatening implications, especially for the most disadvantaged communities.

The Joint UN Programme on HIV/AIDS (UNAIDS) also raised alarm that the deteriorating situation in the country could hit services for people living with and affected by HIV.

“Ensuring the safety and protection of health-care workers and outreach and community volunteers across the country is critical, as is ensuring continuity in the procurement and delivery of essential life-saving services”, the agency said in a statement on Wednesday.

“Of priority concern across the country is maintaining access to HIV services, including the supply and delivery of antiretroviral medicines and harm reduction services for people who inject drugs”, it added.