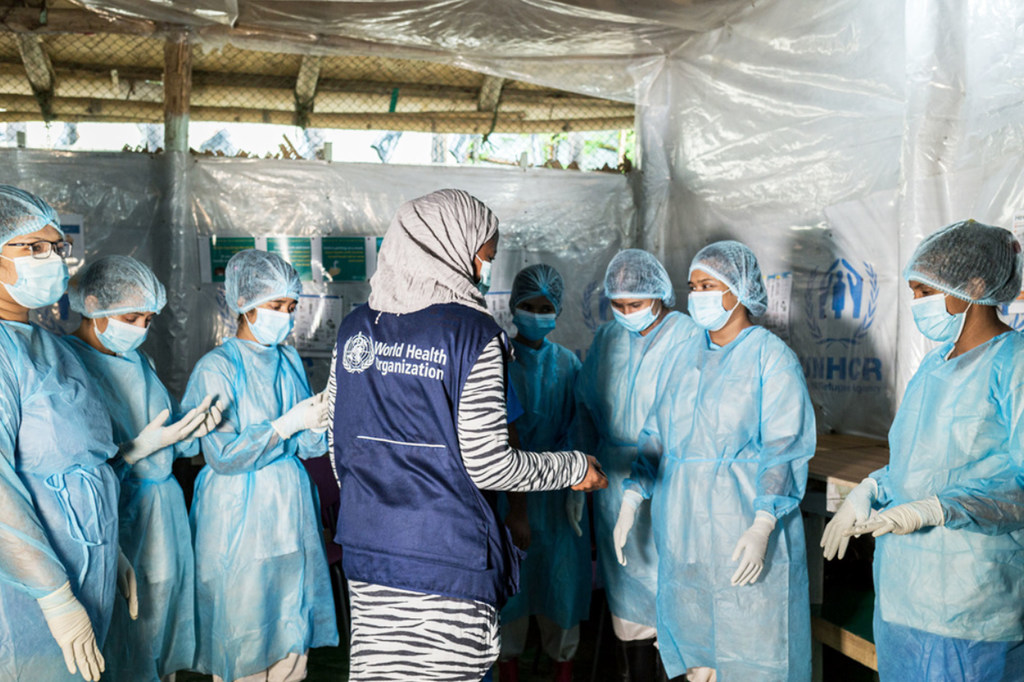 More than 4,000 Rohingyas living in Cox’s Bazar refugee camps in Bangladesh have received their first COVID-19 vaccine shots, as part of a national inoculation drive to curb the spread of the deadly coronavirus, the UN refugee agency (UNHCR) said on Wednesday.

The agency welcomed the start of the vaccination drive, in line with national authorities’ broader public health efforts, which began on Tuesday.

UNHCR stressed that when allocating the vaccines, the equitable inclusion of Rohingya refugees is critical to curbing the spread of the deadly disease.

The drive is being led by the Bangladesh authorities with technical support from UNHCR, the World Health Organization (WHO) and other humanitarian partners.

“We are grateful to the Government of Bangladesh for having included Rohingya refugees in the vaccination campaign”, said Mr. Van Der Klaauw.

The complex Rohingya refugee crisis erupted in August 2017, following attacks on remote police outposts in western Myanmar by armed groups alleged to be from within the community. These were followed by systematic counter attacks against the minority, mainly Muslim Rohingya, which human rights groups, including senior UN officials, have said amounted to ethnic cleansing.

Thousands of refugee and host community volunteers have taken the lead, working to fight the on-going pandemic since it began, by informing refugees about health and hygiene, monitoring signs of illness, and connecting the refugee community with critical health services, according to UNHCR.

“The Rohingya refugee and host community volunteers have an essential frontline role in containing the spread of COVID-19 in the camps”, the UNHCR official underscored.

While the threat of COVID-19 remains critical, their efforts have helped to prevent and curb outbreaks and have saved lives.

The vaccinations follow weeks of devastating monsoon rains that have pummelled the Cox’s Bazar District, killing eight refugees and 15 of their Bangladeshi hosts.

And landslides, flooding, wind and storms have displaced almost 25,000 refugees while ravaging thousands of facilities, including primary health clinics, distribution points and latrines.

At the same time, damaged roads, pathways and bridges have hindered humanitarian access.

They aim to support families forced to relocate, repair shelters and other sites, and ensure access to essential services for everyone.

While the weather has improved over the last few days, the agency warned that monsoon season will continue for several more months, followed by the cyclone season.