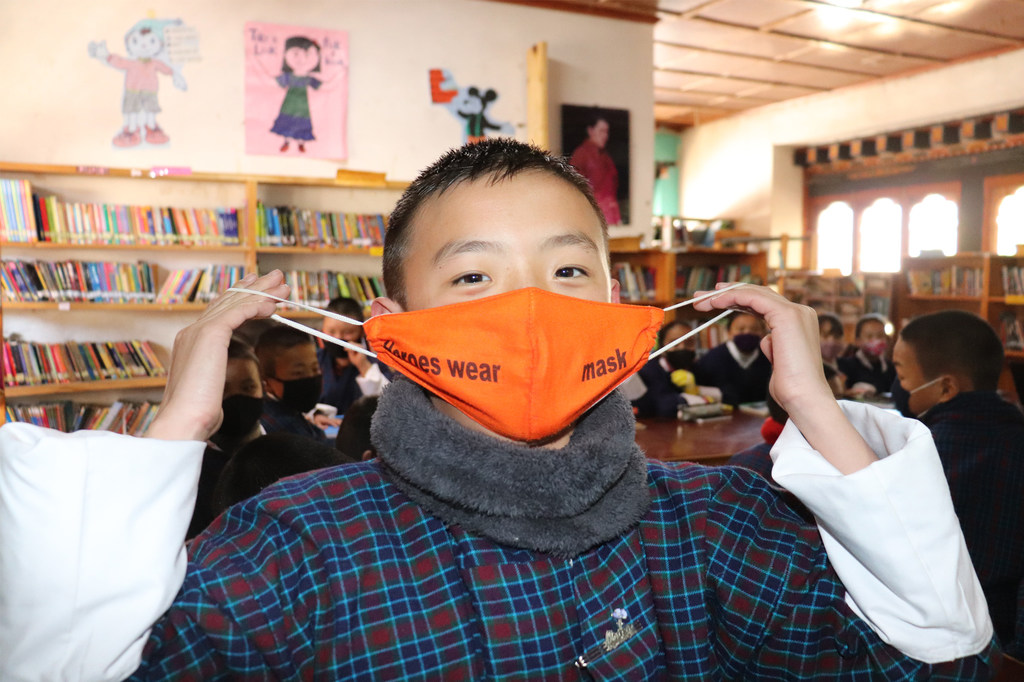 The small mountain nation of Bhutan has so far managed to contain the COVID-19 pandemic, despite sharing a border with China and India, two countries which have been badly affected by the pandemic. Bhutan is now on the way to vaccinating more than 90 per cent of the eligible adult population. Gerald Daly, the UN Resident Coordinator there, says that volunteers, and preventative government action, have been key to the country’s success. 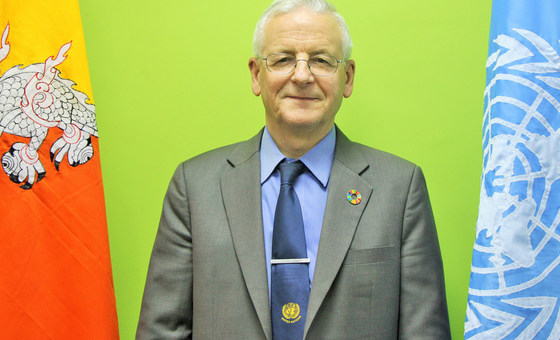 “Bhutan has been exemplary in the way it has responded to COVID-19. Practically the entire eligible adult population of more than 530,000 people (anyone in Bhutan with no history of allergic reaction to the COVID-19 vaccines is eligible) have received the first dose. The initial batch of AstraZeneca doses were a gift from India, and the UN assisted with advocacy and cold chain support.

One of the features of Bhutan is the fact that there are so many communities living in remote geographical areas. The government coordinated its approach and reached out to all of these remote communities often by helicopter, with vaccines, which were then often distributed on foot by health workers, sometimes walking from village to village, through ice and snow.

Volunteers are a very important element in Bhutan’s success. They support the Ministry of Health, for example, with logistical support for vaccination programmes, and they man quarantine facilities. They were also very effective in implementing the lockdown, and also helped with the distribution of food and vital supplies during that period.

Bhutan’s national volunteer scheme (De Suung, or ‘Guardians of Peace’), was already running for around four years before the pandemic. Then, with the onset of COVID-19, people realised the volunteers could support the Ministry of Health and the other ministries, and so they strengthened and beefed up the scheme. As a result, they have become one of the key success factors in Bhutan’s ability to respond so effectively to COVID.

A time of heightened quarantine

Bhutan has had some 1,300 confirmed cases, with only one death, according to figures released on 19 April. Not one health worker has been infected.

In normal times, there is a fair bit of movement across the border but the Government is currently ensuring incredibly tight borders: anybody coming into the country needs to do a quarantine of 21 days.

Within Bhutan, there is a real commitment to social distancing. PPE is provided everywhere, and gatherings are kept small. Whenever there are even small breakouts of virus, those specific areas go into lockdown.

While Bhutan has managed to avoid a health crisis, the economic impacts have been very tough. The country depends significantly on tourism, and we know recovery in the sector is going to be slow: unemployment has risen to 14 per cent.

In the meantime, the UN is supporting the most vulnerable and looking for ways to build self-reliance and resilience: we support the government strategy to increase home food production; we have programmes that address the challenges around gender-based violence and mental health; and we are supporting the government strategy to become financially sustainable by, for example, introducing a smarter taxation system.

Bhutan is the land of ‘Gross National Happiness’. This is a core value of this country, and the moral and practical compass that the country follows. It often means that Bhutanese look after each other, including the most vulnerable.

During the period of lockdown, we have seen this strong element of community support, as well as common sense on the part of the population: they have accepted that there are good reasons for the lockdown, and that everyone has to pull together.

Despite the success we’ve had so far in coping with the pandemic, with very low rates of transmission and high rates of vaccination everyone understands the need to stay vigilant. Bhutan has a limited number of ventilators and oxygen: the Bhutanese have seen what is going on in the rest of the world, and they don’t want to get into that type of a situation, so there is a very strong willingness by everybody here to maintain this constant vigilance against COVID complacency.”

© UNICEF/SPeldenHealth assistants set up a vaccination centre at a school in Dagana district.