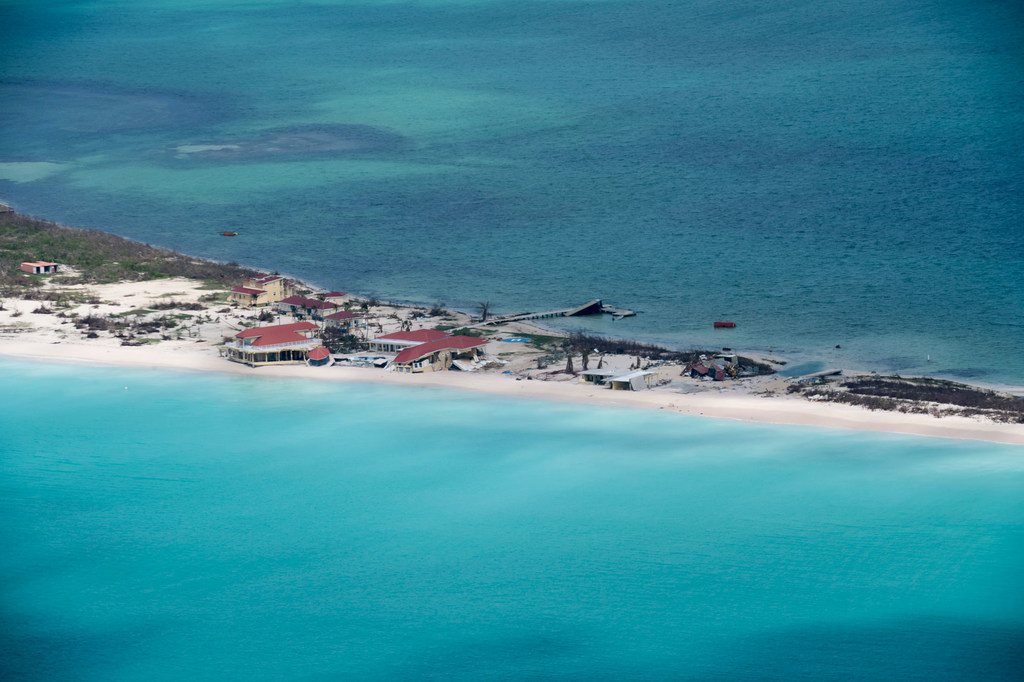 Caribbean island nations are under assault from the coronavirus pandemic even as they try to protect their communities from rising seas and raging storms, regional leaders said Saturday at the UN, where they called for bold action to tackle climate change and shore up public health systems.

Philip Joseph Pierre, Prime Minister and Minister for Finance, Economic Development and Youth Economy of Saint Lucia, said his nation suffers from serious challenges due to its small size and vulnerability to natural disasters and climate change. While struggling to find solutions for those existing problems, Saint Lucia was hit with COVID-19.

“We are now being inundated by the new, while still being overwhelmed by the old,” he stated in his pre-recorded address to the annual high-level debate of the UN General Assembly.

The pandemic forced last year’s debate to be held almost entirely virtually, but the 2021 session is being held in a hybrid format, combining in-person and virtual participation.

Mr. Pierre said small island nations like Saint Lucia “continue to contend with the near-impossible balancing act of preserving lives and livelihoods” amid the insidious twists and turns of the coronavirus pandemic.

This includes pushing back against misinformation about the virus and what he called “vaccine apartheid” that has seen some countries stockpile vaccines, “while other countries watch helplessly as COVID-related deaths continue to rise for want of a jab.”

At the same time, Mr. Pierre said the pandemic “seems to have slowed down everything but the deterioration of our beloved planet earth.” COVID-19 grabs the headlines, “but it is a fact that the pandemic emerged at a time when the world was already on an unsustainable path to achieve  the 2030 [Development] Agenda and the Sustainable Development Goals (SDGs)”.

With less than a decade left to achieve the 2030 Agenda, the Prime Minister noted that the UN Decade of Action requires urgent solutions towards “salvaging our global living quarters”.

“It can be argued that the COVID-19 pandemic and the climate change challenge confront us with an intermeshed problem of symptom as cause and cause as symptom”, he said. “It provides us with a harsh and timely reminder that human health and planetary health are linked”.

The cost of meeting these challenges and undertaking health or climate resilience activities, is “way beyond” the financial reach of small islands, he lamented. As such, he appealed for contributions towards recovery efforts and for all nations to pay their commitments to the Adaptation and Mitigation Funds.

Prime Minister of the Bahamas, Phillip Edward Davis, also called for equitable distribution of vaccines, including to small island developing States, which are not manufacturers. “It is also important to make safe treatments and therapeutics accessible and to designate them as public goods,” he added.

“The COVID-19 pandemic has made abundantly clear what many of us have always known to be true: we are all in this together,” he told the Assembly in his in-person address.

“We must collaborate to end the COVID-19 pandemic and address public health issues. We must cooperate to mitigate the effects of climate change. Access to development financing must be adequate and fair. Lagging response on any of these issues will have dire consequences for the global economy,” the Prime Minister said.

Even as his country was dealing with the impact of the coronavirus pandemic, the Prime Minister reminded the Assembly that just two years ago this month, the Bahamas had been devastated by Hurricane Dorian, one of the strongest storms ever recorded in the Atlantic, “and the physical and emotional wreckage are still with us.”

He lamented his country’s sense of foreboding in the wake of the storm, saying: “Every rainfall is a reminder of the horror. How can we continue to do nothing in the face of such tragedy?” To any leader who still believed there was enough time to address climate change, he said “I invite you to visit Abaco and Grand Bahama,” where the devastation wrought by Dorian is now part of the country’s landscape.

“So, we are not here to call for measured steps. We are here to say that big, radical change is the only response that can save our country. We are out of time,” Mr. Davis declared, urging states to raise their ambitions and make real commitments to cut emissions at COP26 in Glasgow. “We don’t want that conference to be like the preceding 25,” he said, calling for states “not to agree to the same promises that won’t be kept.”

There must be “real progress on bridging the gaps in investment and access to technology and skills,” especially in the areas of climate mitigation and adaptation, he said, emphasizing the need for more innovative financing and debt solutions, including for climate adaptation swaps.

He went on to point out the increasing gap in global financing for meeting the  SDGs by 2030, estimated at $2.5 trillion in 2019, and reiterated his country’s support for the inclusion of a multidimensional vulnerability index in the decision-making of international financial institutions and the international donor community.

Antigua and Barbuda: Vaccine equity is a global good

Like his Bahamian counterpart, the Prime Minister of Antigua and Barbuda, Gaston A. Browne, also concentrated his address on the pandemic and climate change, which he called “the two overarching issues that confront mankind”.

Beginning with COVID-19, he echoed others who spoke of the lack of a coherent response to ending the crisis, including vaccine inequity.

He stressed that developing countries were not seeking handouts, and many had paid into a global system that promised early access to vaccines, however, “selfish nationalism” forced many to rely on “vaccine charity.”

“No country wanted to beg for vaccines…we were ready to pay”, said Prime Minister Browne, yet most jabs manufactured by major pharmaceutical companies were bought or contracted and “hoarded by a few wealthy nations”.

If, at the onset of the pandemic, developing countries had been given access to proper COVID-19 vaccines and medical supplies, “globally, we would be in a better place”, he asserted.

“Vaccines are a global good; they should not be a commodity for profit at the expense of human life”, he said.

Noting that climate change has already had catastrophic consequences on some small island States, the Prime Minister called for “global solidarity and firm commitments” to reduce global temperatures below 1.5 degrees and provide quality financing and climate technologies “to save our planet”.

Pointing out that industrialized countries have an obligation to assist the States most affected by climate change because “they created a problem in the first instance”, Mr. Browne signalled that the development funding assistance for small islands developing States should not be seen as a gift or charity but “as a form of climate reparations to compensate for past climate damage”.