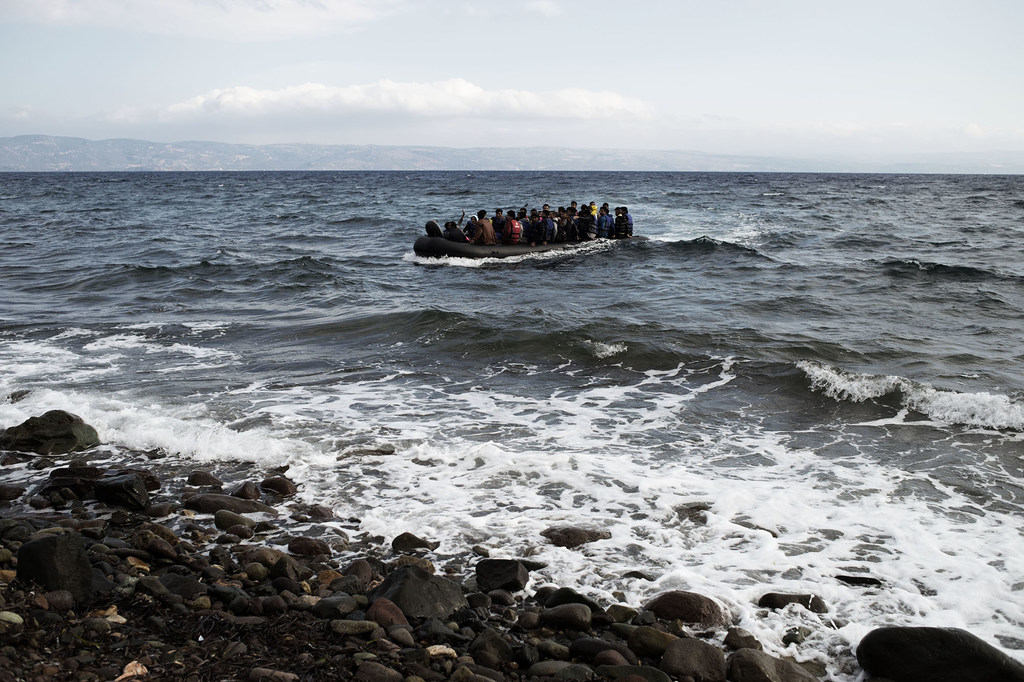 A UN rights committee said on Wednesday that Italy failed in its international obligations to protect the right to life of more than 200 migrants on board a vessel that sank in the Mediterranean Sea, in 2013.

In a decision published on Wednesday, the Human Rights Committee – an independent expert body that monitors States’ compliance with the International Covenant on Civil and Political Rights – said that Italy failed to respond promptly to various distress calls from the sinking boat, which was carrying more than 400 adults and children.

Italy also failed to explain the delay in dispatching its naval vessel, ITS Libra, which was located only about an hour away from the scene, the Committee said in a news release.

The Committee’s decision responded to a joint complaint lodged by four survivors – three Syrians and a Palestine national – who lost their families in the accident. The plaintiffs recounted the incidents of 10 October 2013, including the vessel’s plea to Italian authorities for urgent assistance.

Several hours later, Italian authorities told the vessel that it was in the Maltese search and rescue zone, and only provided them with a phone number of Malta’s Rescue Coordination Centre. By the time a Maltese patrol boat arrived, the vessel had already capsized, and an Italian naval ship was dispatched only after an urgent request from Malta.

As a result of the delayed action, more than 200 people, including 60 children, drowned, the committee states.

According to the news release, some surviving migrants sought justice in Italian courts, and took their case to the Human Rights Committee as Italy failed to take appropriate measures to save their relatives, thus violating their right to life.

A parallel claim brought against Malta was rejected by the Committee as the plaintiffs did not bring legal proceedings before courts in Malta, which is one of the requirements, prior to filing their case to the Human Rights Committee.

Hélène Tigroudja, a member of the Human Rights Committee said that the case was a “complex” one.

“The accident happened in the international waters within the Maltese search and rescue zone but the location was indeed closest to Italy and to one of its naval ships. Had the Italian authorities immediately directed its naval ship and coast guard boats after the distress calls, the rescue would have reached the vessel, at the latest, two hours before it sank.”

Ms. Tigroudja added that under the international law of the sea, State parties are required to take steps to protect the lives of all individuals who find themselves in a situation of distress at sea.

“Even though the sinking vessel was not located in Italy’s search and rescue zone, the Italian authority had a duty to support the search and rescue mission to save the lives of the migrants. Italy’s delayed action had a direct impact on the loss of hundreds of lives.”

In its decision, the Committee also urged Italy to conduct an independent and timely investigation and to prosecute those responsible; and called on Italy and other countries involved in the tragedy to provide effective remedy to those who lost their families in the accident.

At around 1am on 10 October 2013, a fishing boat carrying more than 400 migrants – including children – departed from Libya for Italy. A few hours later, the vessel started sinking in international waters.

According to the joint complaint, one of those on board the vessel called the Italian number for emergencies at sea, saying they were sinking and forwarding the boat’s coordinates.

Over the next few hours, the person tried several times, only to be told after 1pm that as they were in the Maltese search and rescue zone and thus the Italian authorities had forwarded their distress call to the Maltese authority. In spite of the emergency, the Italian operator only passed on to them the phone number of Malta’s Rescue Coordination Centre.

The migrants made several, increasingly desperate phone calls, but when a Maltese patrol boat arrived at the scene at 5:50pm, the vessel had already capsized. As per Malta’s urgent request, Italy finally instructed its navy ship ITS Libra, which was in the boat’s vicinity, to come to the rescue, after 6pm.