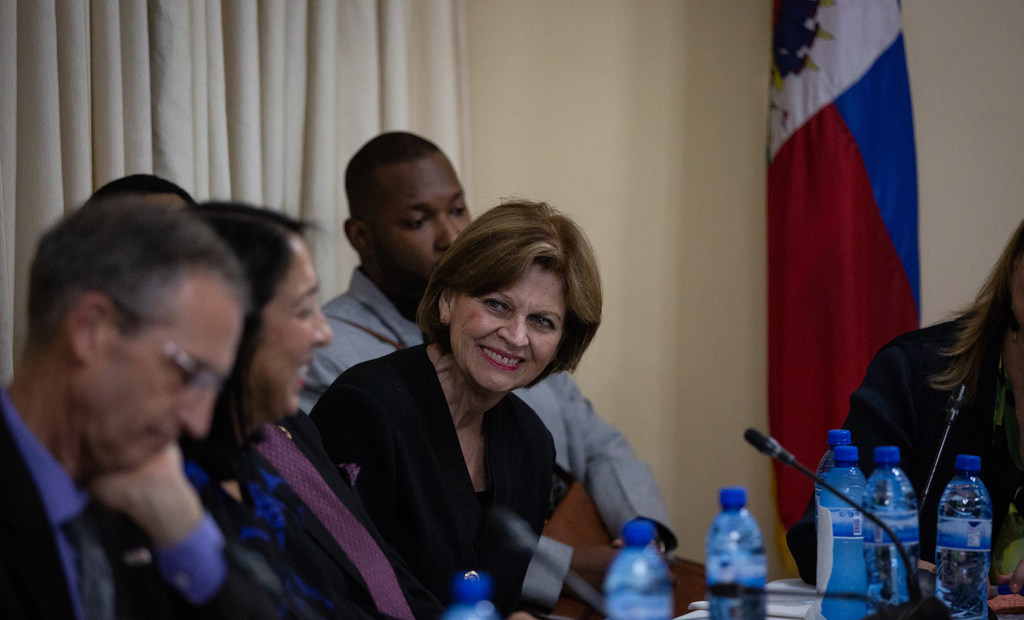 The top UN official in Haiti called Monday for a “democratic renewal” in the troubled Caribbean nation to lift it out of a drawn-out political and humanitarian crisis and put it back on the path to stability and development.

Helen Meagher La Lime, Head of the United Nations Integrated Office in Haiti (BINUH), told the Security Council – meeting via video-teleconference – that the polarization that has defined most of President Jovenel Moïse’s term in office has become even more acute, as civic space shrinks and acute food insecurity grows.

Haiti has been in the grips of a renewed crisis since Parliament ceased to function in January 2020, leaving the President to postpone elections and rule by decree.  In response, large crowds have poured into the streets, echoing opposition demands for Mr. Moïse to step down.

“Only a democratic renewal, resulting from the prompt holding of credible, transparent and participatory elections, can provide Haiti with the opportunity to overcome its protracted political crisis,” Ms. La Lime said.

That in turn would allow Haitian society and leaders to focus their attention on undertaking the governance and economic reforms necessary to set the country back on the path towards sustainable development, she added.

Joining the meeting from Port-au-Prince, President Moïse defended his administration, saying that it is confronting not only the COVID-19 pandemic, but also “corrupt oligarchs” and a “radical and violent opposition” which have tried repeatedly to stage a coup d’état.

“This policy of chaos has meant that the Government has had to take off the gloves”, he said, adding however that parliamentary elections that originally should have taken place in October 2019 will go ahead in September.

Mr. Moïse, 52, says that his own presidential tenure ends in 2022, five years after he took office.  But his opponents, citing the Constitution, claim that his term of office began when elections were held in 2016 – and that now is the time for him to step aside, according to news reports.

Ms. La Lime, presenting the Secretary-General’s latest report on Haiti, reported that the opposition has been unsuccessful in mobilizing significant public support in its campaign to oust the President.

But she noted that a raft of Presidential decrees has prompted judges to go on strike and threatened civic space through an overly broad definition of terrorism – and this at a time when an estimated 4.4 million Haitians will be in need of humanitarian assistance this year.

Against this volatile backdrop, preparations for this year’s elections – and for a Constitutional referendum – are going ahead.  But she warned that much remains to be done, and that voting could be delayed due to a lack of international funding.

“Above all else, a minimal consensus among relevant political stakeholders would greatly contribute to creating an environment conducive to the holding of the Constitutional referendum and subsequent elections”, she said, adding that the United Nations stands ready to help.

Also briefing the Council today was Vivianne Roc, 23, from Plurielles, an eco-feminist youth group, who described a Haiti gripped by lawlessness, banditry and gang violence – but also hopeful that things can still take a turn for the better.

“The young woman before you today is outraged by the wind of insecurity that is sweeping her country,” she said, presenting the 15-member body with several recommendations – including a crackdown on arms and drug trafficking, and the establishment of call centres for victims of domestic violence.