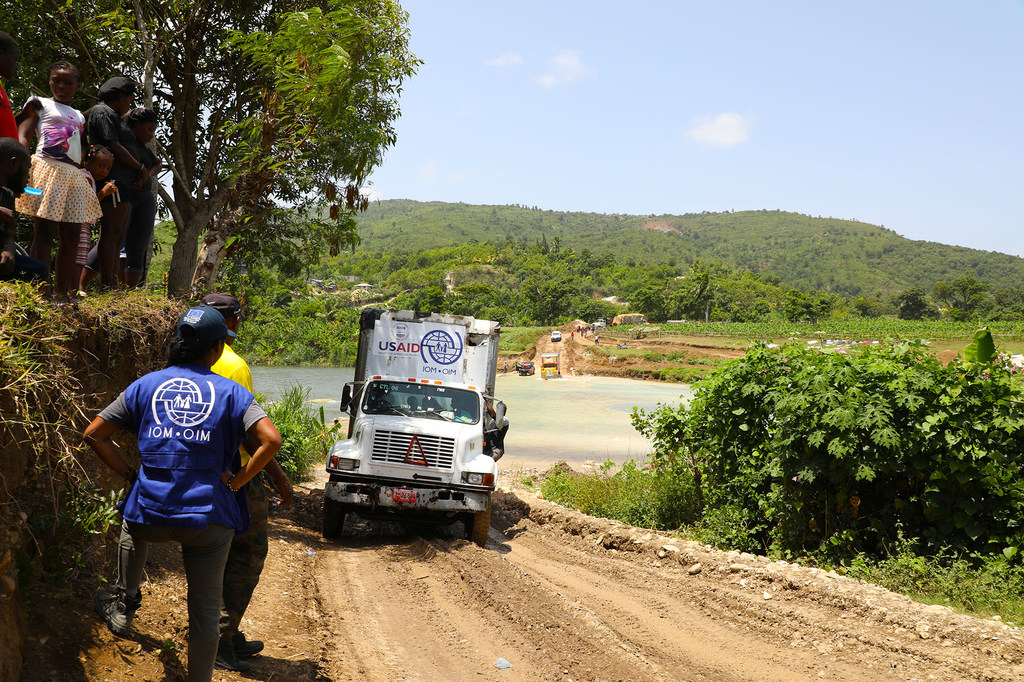 Haitians who were affected by the devastating earthquake which struck the south-west of the country in August have demonstrated their “heartwarming resilience” according to a staff member of the International Organization for Migration (IOM), who has been supporting recovery efforts.

Joseph Chlela, who is from Lebanon, is an emergency coordinator with IOM and has been working in the earthquake zone.

“I arrived from Bangladesh just two weeks before the earthquake hit Haiti. I’m grateful for my experience working in crisis situations, which helped me set up the emergency response immediately after the earthquake struck.

The most important first step is to contain the emergency. I put together a response team working closely with government bodies and local partners. These colleagues were then quickly deployed to the areas most affected to conduct a rapid assessment of the damage and needs and to start distributing non-food kits and shelter items such as tarps, tents, solar lanterns as well as hygiene kits and kitchen sets.

A quick response is extremely important to limit the damage and casualties and to provide urgent assistance to those without a roof to sleep under.

IOM/Monica ChiriacJoseph Chlela is an emergency response coordinator with IOM.

The main challenges have been logistical and linked to the volatile security situation in Haiti, which has made it more difficult to reach those people in need. The COVID-19 pandemic has further complicated the humanitarian response.

Many communities live in hard-to-reach areas where access is typically limited and now nearly impossible due to the bridges and roads which were damaged by the earthquake.

If people hadn’t received any support and items such as hygiene kits, the incidence of contagious and water-borne diseases would have drastically increased.

Lack of shelter is also closely linked to an increased risk of gender-based violence.

Other governmental and local authority partners as well as UN agencies, including UNICEF and WFP, have also contributed to the response.

I have been impressed to see all the partners, local and international, coming together to help those affected despite the myriad of logistical challenges. And it’s heartwarming to witness the resilience of Haitians and their determination to stay put in their homes and build back better.

IOM has assisted over 150,000 people with shelter and non-food items and I think the people we have helped, especially those living in very remote areas, were grateful for and maybe even surprised by IOM’s prompt response.

What is important is that as a first responder, IOM has given people hope that they were not forgotten when they needed it the most”.