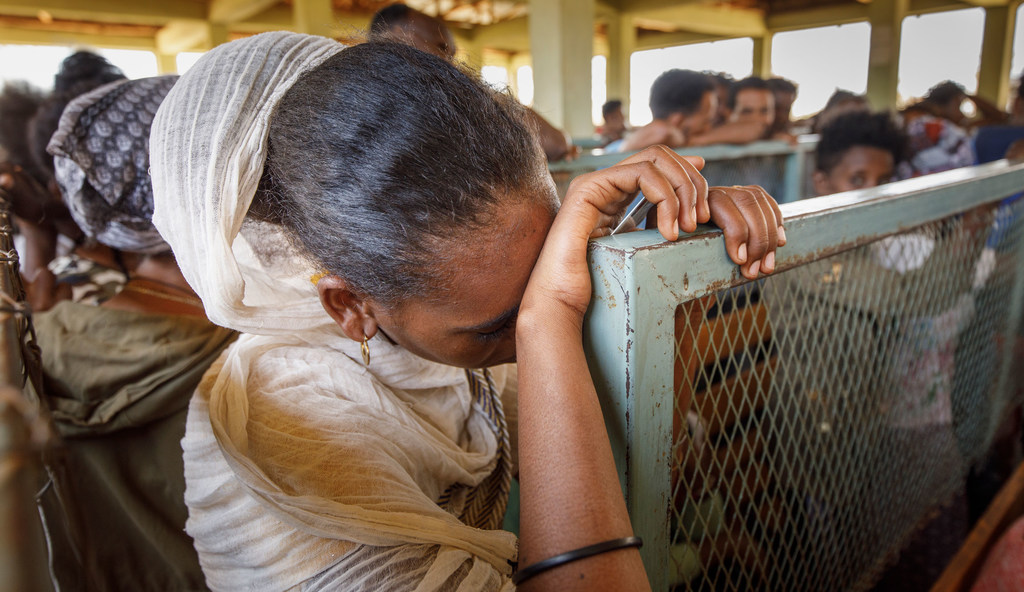 The UN renewed appeals on Friday for humanitarian access to all areas of Ethiopia’s troubled Tigray region to help people displaced fighting, forcing the most desperate to eat leaves to survive.

The call by the Office for the Coordination of Humanitarian Affairs (OCHA) and the UN High Commissioner for Refugees (UNHCR) comes three months since heavy fighting began between Government troops and forces loyal to the Tigray People’s Liberation Front (TPLF) in the northern region.

Full access must be granted now, to prevent things getting even worse, said UNHCR spokesperson Babar Baloch, while OCHA cited insecurity “and bureaucratic obstacles” that have prevented aid workers from providing life-saving assistance.

“The situation is extremely grave in Tigray and hundreds of thousands of people need life-saving assistance,” said Mr. Baloch. “Eritrean refugees, many of whom have been caught in the crossfire, especially when we look at the two Eritrean refugee camps in, in the northern part of Tigray.”

High-level efforts to avert a humanitarian disaster in Tigray have included a visit by UNHCR chief Filippo Grandi earlier this week, when he met Prime Minister Abiy Ahmed, among others.

Mr. Grandi also spoke to refugees from Mai Aini camp in the south of Tigray region, as well as some of the 4,000 others who had arrived from Hitsats and Shimelba camps, two camps in northern Tigray where access has not been obtained.

Only leaves to eat

“Some said they had resorted to eat leaves because there was no other food available,” Mr. Baloch said. “They also spoke about infiltration of armed actors in the camps, of killings, abductions and also some forced returns to Eritrea at the hands of Eritreans forces present in the area.”

Echoing concerns for the wider population in Tigray, OCHA spokesperson Jens Laerke described needs on the ground as “dire and growing for about 2.3 million people” – including those who needed  help before the conflict.

“Three months into the conflict in Tigray in northern Ethiopia, the humanitarian response remains severely constrained and inadequate. And the main reason for that is simply that we cannot reach most of the people in need and also that we have not received the clearances yet to move the necessary staff into Tigray in the first place.”

For the time being, “access remains for the most part limited to people living in the towns along the main roads from the regional capital Mekelle towards Shire, which are controlled by federal government forces,” Mr. Laerke added.

The OCHA official explained that it was “less of a problem” to deliver food aid which is being warehoused in Mekelle. “The problem is…access both to get into Tigray in the first place and also getting from Mekelle into, into the countryside where most of the people in need are.