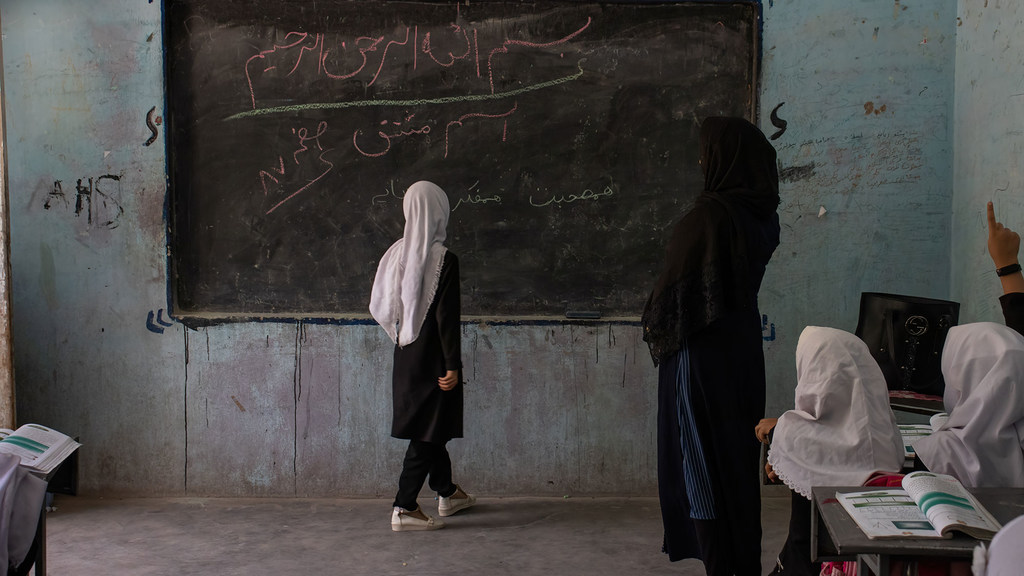 Ensuring all Afghan girls can be educated must be “a zero condition” for the Taliban, before international recognition of their de facto authority, UN Deputy Secretary-General Amina Mohammed said on Friday.

Ms. Mohammed was speaking during a panel discussion on supporting a future for girls’ education in Afghanistan, held on the margins of the UN General Assembly.

Prominent women advocates from Afghanistan and the international community also participated in the discussion, held both online and in person, and moderated by BBC correspondent Laura Trevelyan from UN Headquarters in New York.

Asked if international aid to Afghanistan could be conditional on education for women and girls, Ms. Mohammed responded “absolutely”, stating that the issue “continues to remain upfront” in ongoing discussions with the de facto authorities.

“This is where we have to have resolve: that recognition comes with your ability to be part of a global family. That has a certain set of values and rights that must be adhered to.  And education is up front and centre, especially for girls and for women.”

The deputy UN chief urged the international community to draw on Afghan women’s expertise and support them in preventing a reversal of two decades of gains in girls’ education.

Ms. Mohammed also reminded Afghan women that the UN is still on the ground, delivering for the people.

“You can be assured that we will continue to amplify your voices and make it a zero condition that girls must have an education before the recognition of any Government that comes in,” she said.

The Taliban seized power in August and recently confirmed that while secondary schools were reopening, only boys would be returning to the classroom. Women teachers in the country are also unable to return to work.

This week, the administration’s spokesperson said a “safe learning environment” would need to be established before girls could go back to high school, according to media reports.

For engineer Somaya Faruqi, captain of the Afghan girls’ robotics team that has competed worldwide, education means “everything”.

“My generation grew up with a dream: achieving great things for our country by pursuing an education. The world will have everything to gain by standing with us,” said Ms. Faruqi, who left Afghanistan in the wake of the takeover.

Education is both a right and an investment in a country’s future, said Henrietta Fore, Executive Director of the UN Children’s Fund, UNICEF.

Prior to the Taliban takeover, UNICEF was operating in areas of Afghanistan under the group’s control. She said the agency learned that many Taliban members believed education was important for their boys and girls.

Even though UNICEF tripled the number of schools open in Afghanistan, with 10 million children attending, four million of them girls, the country was already falling behind in educational provision. COVID-19 has further impacted progress.

“Girls and boys in many of the provinces are starting to return to school, but we are not seeing the girls returning to secondary school,” said Ms. Fore.

“So, this is a real important moment for the de-facto authorities to be thinking about in every region, in every rural village: how to get the children – all the children, girls and boys – to school.”

Both Ms. Fore and the UN Deputy Secretary-General spoke of the promise of digital technology and distance learning as a solution for expanding educational opportunities.

“Out in the rural communities, there is skills-building and there are community-based programmes, and we can do more with distance education and remote learning,” the UNICEF chief said.  “We need to have women teachers going back to schools, and we need more women teachers.”

No compromises on women’s rights

Ms. Yousafzai feared the return of atrocities targeting women, as well as terrorism and extremism, both in Afghanistan and the region, and urged the international community to ensure women’s rights are upheld.

“So now is the time that we stick to that commitment and ensure that their rights in government are protected.  And one of those important rights is the right to education.”

‘Listen to the people’

Fawzia Koofi, Afghanistan’s first woman Deputy Speaker of Parliament, was also the first girl in her family to go to school.

She believes other predominantly Muslim countries in the region could press the Taliban on girls’ education, because what is happening in Afghanistan differs from the rest of the Islamic world.

“Within the Taliban there might be individuals who have a different interpretation of Islamic principles, or even a self-made interpretation, which cannot become part of the government’s policy,” said Ms. Koofi.

“When they were fighting, probably they had a different policy. But when they are in the government, they have to listen to the people of Afghanistan.”