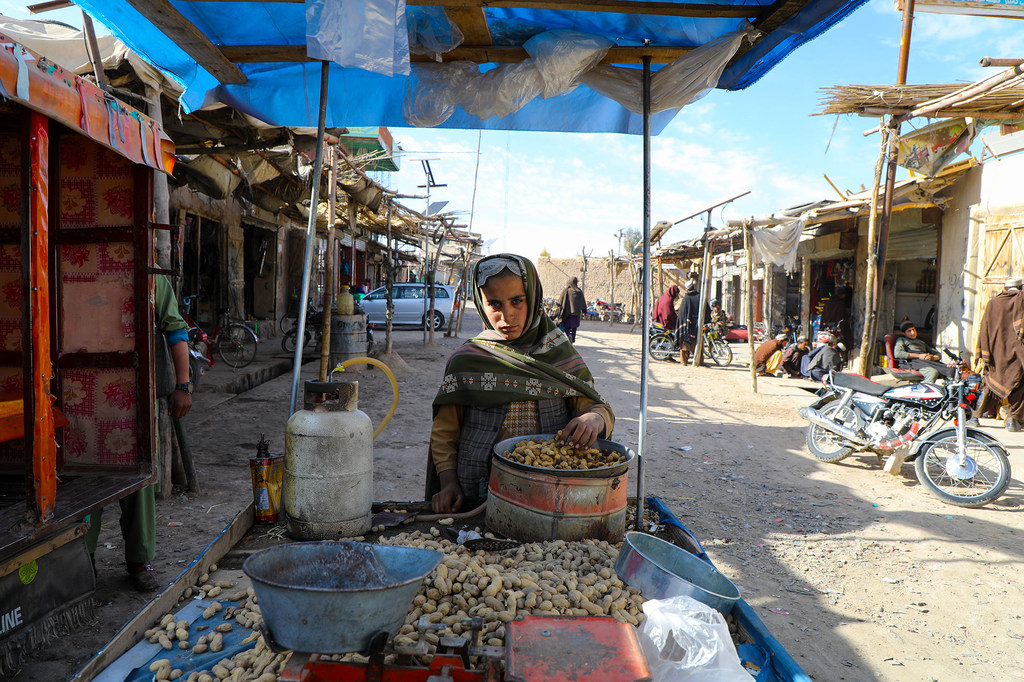 A senior UN official on Thursday urged donors to step up support for Afghanistan, where ongoing drought and increased military operations amid foreign troop withdrawal, are displacing scores of civilians, creating a growing humanitarian crisis.

Ramiz Alakbarov, UN Resident and Humanitarian Coordinator for Afghanistan, said a $1.3 billion appeal, launched earlier this year, is less than 40 per cent funded.

Some 18 million Afghans, or half the population, require assistance. A third of the country is malnourished, while half of all children under five are experiencing acute malnutrition.

The $450 million received so far, half of which came from the United States, falls far short of what is needed.

“Our plan is to provide assistance to at least 15.7 million people, and right now it will not be possible without these additional contributions,” said Mr. Alakbarov, speaking via videoconference to journalists in New York.

The developments are occurring as the deadline for foreign troops to fully withdraw from the country approaches.

The drought, the second in three years, and ongoing military response in the wake of a “spring offensive” by the Taliban, have uprooted some 270,000 people who have fled rural areas for urban centres.

In the northern city of Kunduz, for example, roughly 35,000 displaced people are being housed in schools and public buildings, and need food, water and sanitation. The fundamentalist Taliban who have been fighting the internationally-recognized central Government for years, have taken over all districts surrounding the city.

Meanwhile, neighbouring countries, such as Iran, have been deporting Afghan refugees from their territories.  Humanitarians are also witnessing “very intensive” population movements in areas near the borders with Iran and Pakistan, which are now largely closed.

The closures have not yet affected humanitarians as aid stocks are sufficient to last through the end of August.

Concern for women and girls

Mr. Alakbarov has visited five regions of Afghanistan in as many weeks. The UN official was particularly concerned about the plight of women and girls, who are facing “very difficult conditions”.

He recalled speaking with the head of a household in Kandahar, located in the south, where families are moving in groups comprising some 50 to 60 relatives.

“I have asked how many women there were pregnant and delivered in the last three months while they were there on the move,” he said. “In that extended family, four women have delivered babies.  Three of them died.”

Although humanitarians continue to operate in most of Afghanistan’s 405 districts, Mr. Alakbarov reported an increase in access difficulties and in violence.

Twenty-five humanitarian workers have been killed since the start of year, and 63 injured, a 30 per cent increase over 2020. Victims have included women health workers and de-miners.

More than 1,000 “interferences”, threats and access impediments have been reported so far this year, which is equal to the 2020 total.

Afghanistan: Record number of women and children killed or wounded

Afghanistan: Record number of women and children killed or wounded