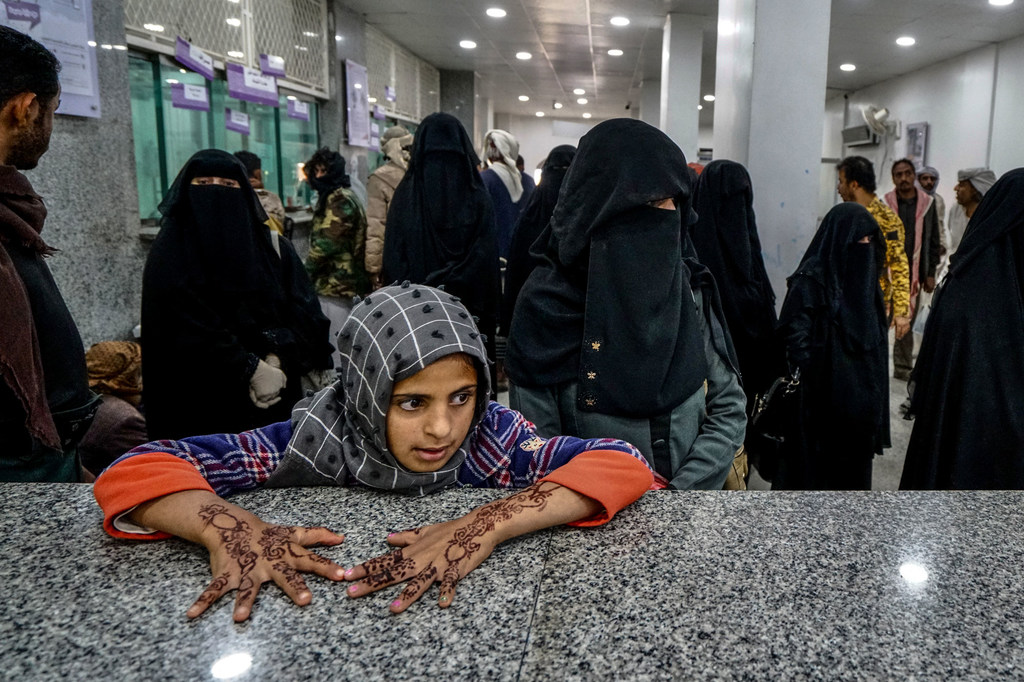 A comprehensive negotiated political settlement is needed to end the violence in Yemen “once and for all”, UN Special Envoy Hans Grundberg told the Security Council on Thursday.

“Yemenis, without exception, stressed the necessity to end the war”, he said, highlighting the urgent need to stabilize the economy, improve basic services and facilitate free movement both inside the country and across its borders.

The UN official upheld that Yemenis also acknowledged that their country cannot be effectively ruled by one group alone and that “a durable peace will require pluralism”.

Yemenis have raised concerns with the UN Envoy over the systematic erosion of fundamental rights and State institutions as well as a generation of children traumatized by war who lack basic education, he said.

“Ending the war is, therefore, only a first, but an essential step in a long recovery that includes healing societal wounds that are deepening with each day the conflict continues”.

Noting a widening gap in trust between the warring parties, Mr. Grundberg observed that “a durable solution can only be achieved through a comprehensive negotiated political settlement”.

He said that “there should be no preconditions” for urgent political talks and stressed that humanitarian actions “not be used as political leverage”.

“Dialogue and compromise are the only sustainable way forward…[and] measures to mitigate the immediate impact of the conflict on civilians are of paramount importance”, the UN envoy spelled out.

In addition to paying salaries, roads in Taiz, Marib and elsewhere need to be opened and restrictions lifted on fuel and goods through the crucial Red Sea port of Hudaydah, where most goods into Yemen must pass.

These steps, which can “tangibly improve” lives in the immediate term, must be addressed urgently by the parties, and need to be encouraged by the international community, particularly regional Member States, he said.

Mr. Grundberg told ambassadors that military escalation on the ground has taken “an alarming turn” as Marib and its surroundings remain the “epicentre of the war”, leaving thousands of people in a desperate situation.

“We reiterate the call on all parties to facilitate safe, timely and sustained humanitarian access to the affected areas”, he said, calling on “all parties to de-escalate”.

At the same time, public executions, enforced disappearances, killings, and the use of live ammunition against protestors are leaving a widespread legacy of human rights violations.

Despite continuing impunity, lack of culpability and the failure to renew the mandate of the Group of Eminent Experts, Mr. Grundberg said that the UN would “continue to press for accountability”.

While visiting Aden, he underscored the importance of economic recovery and basic service delivery but observed that sustainable improvements would be impossible unless political actors work across the political divide.

Pointing to serious security incidents across the south, including an assassination attempt on Government officials, the UN envoy called the current situation “untenable”, stressing the importance of implementing the Riyadh Agreement to end infighting between the Government and separatist allies in the south of the country.

He lauded the “tireless efforts” of the UN mission to support the Hudaydah Agreement to reactivate the work of the Redeployment Coordination Committee, describing it as “the only viable framework to ensure sustained de-escalation, mitigate the impact of violence on civilians and alleviate the humanitarian situation”.

In closing the UN envoy maintained that an inclusive political settlement will be “a laborious and complicated task that will take time, but it must take place”.

Amidst escalating tension between the pace of the war and the economic collapse on one hand, and the time needed to devise and consult on a feasible way forward, on the other, he said, “my aim is to forge agreement on a way forward”.

He noted that fighting is wreaking havoc on civilians as humanitarians are running out of funds and will soon have to cut programmes for millions.

“Agencies are committed to doing our part to help donors maintain their support”, he said, adding that in the coming months, the UN humanitarian office OCHA, would publish an impartial, nationwide needs assessment and evidence-based response plan, covering next year.

“Your continued support will be crucial for this work, and we will keep you updated as we progress”, he told ambassadors.