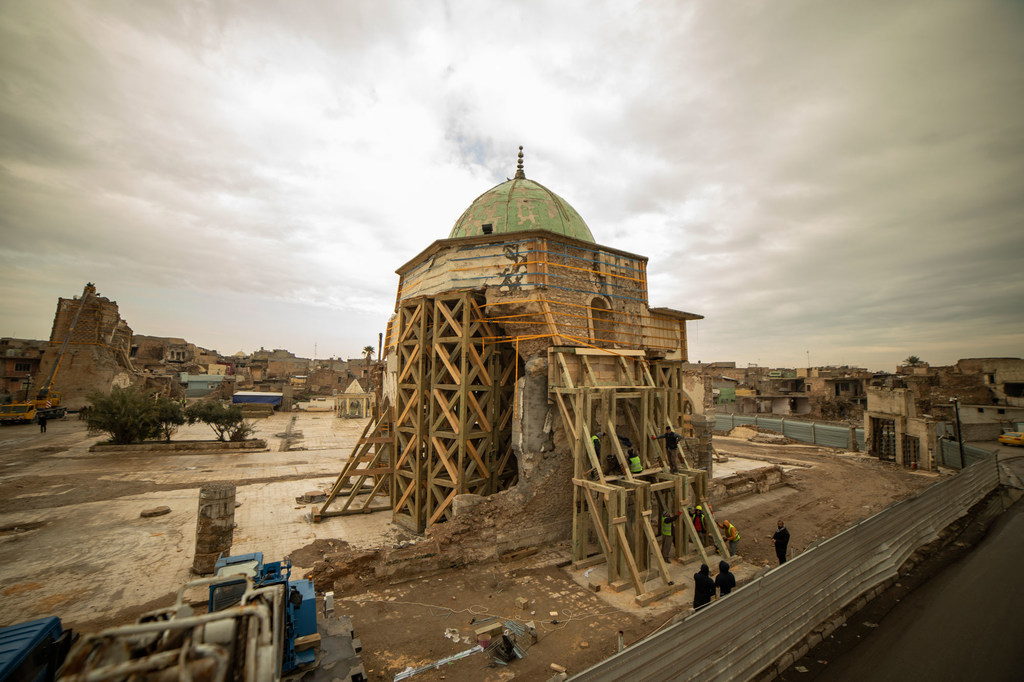 The visit by Pope Francis to the northern Iraqi city of Mosul will be a symbol of hope and an opportunity to join forces for peace and unity, the United Nations cultural agency, UNESCO, said on Thursday.

The Pope’s arrival, will come a “message of peace and unity supported on a pillar of diversity”, UNESCO said.

“This message is at the core of our mandate, where inclusion and diversity are critical to understanding, mutual respect, and ultimately a more peaceful and just world”, it added.

Pope Francis arrived in Iraq on Friday, and is expected to travel to Mosul on Sunday, where, according to media reports, he will pray for the victims of the conflict with the Islamic State of Iraq and the Levant (ISIL), which left thousands of civilians dead.

The visit to Mosul carries particular significance, according to the agency, as the city – one of the oldest in the world, and a cultural and religious centre for centuries – suffered extensive damage the occupation by ISIL extremists between 2014-2017.

During those three years, various battles took place, leaving Mosul in ruins, its heritage sites reduced to rubble, religious monuments and cultural antiquities damaged, and thousands of Moslawis – as the city’s inhabitants are known – displaced, leaving them scarred and with immense humanitarian needs.

Following the city’s liberation, UNESCO together with partners, including the Iraqi Government, has been working to preserve and promote its rich and diverse cultural and religious heritage, as well as prevent violent extremism through education.

“It is through education and culture that Iraqis, men and women alike, will be able to regain control of their destiny and become actors in the renewal of their country”, Audrey Azoulay, UNESCO Director-General, said in a message.

‘Revive the Spirit of Mosul’

UNESCO’s flagship initiative “Revive the Spirit of Mosul”, which was launched in February 2018, sums up the ambition and “full spectrum” of its action, the agency highlighted.

It focuses not only on reconstructing the city’s iconic heritage sites, but also empowering Moslawis as agents of change involved in rebuilding their city through culture and education.

Beyond the rehabilitation of architectural landmarks, the initiative includes on the-job training for young professionals, strengthening the capacities of craftspeople, job-creation opportunities and technical and vocational education.

UNICEF/Jennifer SparksGirls at a primary school in west Mosul, Iraq.

‘Voices of the children of Old Mosul’

So far, 26 trainers, 743 primary school teachers and managers, and 307 parents have been trained in preventing violent extremism through education.

The programme aims to equip learners, of all ages, and notably young women and men, with the knowledge, values, attitudes and behaviours, which foster responsible global citizenship, critical thinking, empathy and the ability to take action against violent extremism.

UNICEF/AnmarChildren and young people at a psychosocial support programme in Mosul, Iraq.

Reviving the Spirit of Mosul is also about bringing back cultural life in Mosul, UNESCO said, adding that with its partner the agency is working on reviving music in the city.

Part of a project entitled “Listening to Iraq”, the programme seeks to empower vulnerable populations by celebrating cultural diversity and strengthening social cohesion.

A Moslawi musician, who saw the beauty of music robbed from his city, summed up the importance:

“By bringing back music to Mosul”, Ehsan Akram Al Habib, a 39-year-old violinist, said, “we are trying to bring back life to our city.”