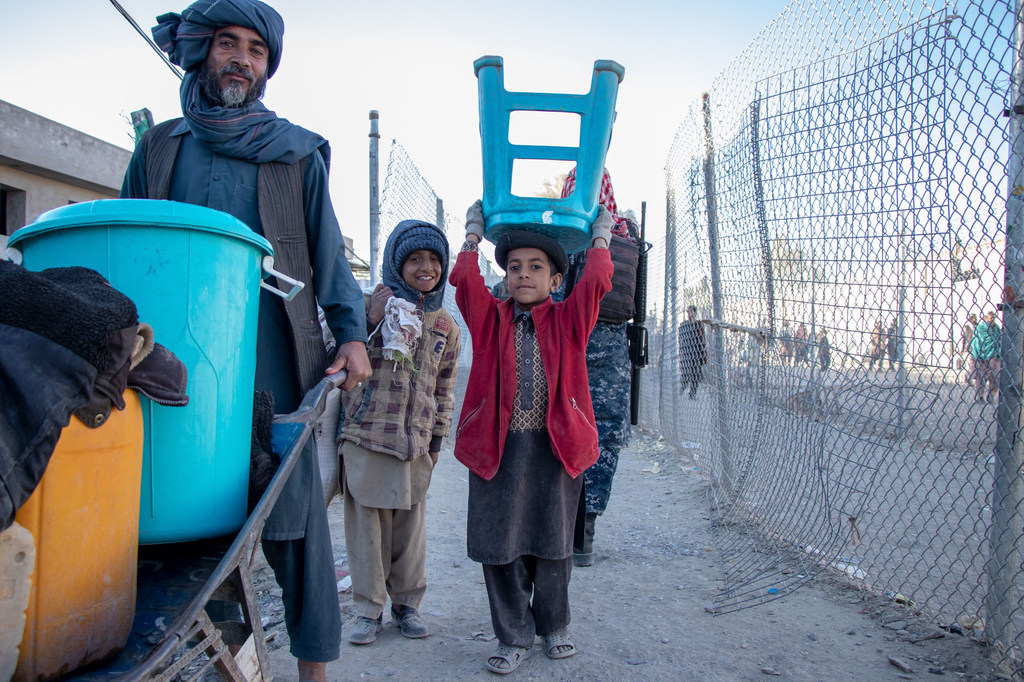 Conflict last year had forced more than 700,000 Afghans to leave their homes and added to the 5.5 million people already displaced over past years, the UN migration agency said on Tuesday.

“The ongoing crisis in Afghanistan is intensifying humanitarian needs and increasing displacement risks both inside the country, as well as across borders to countries in the region”, according to a statement issued by Ugochi Daniels, the International Organization for Migration’s (IOM) Deputy Director-General for Operations.

Women, girls most at risk

The Taliban militant group, which ruled the country from the late 1990s to 2001, regained control after international troops withdrew in August and the Afghan Government collapsed, prompting concern that they would reimpose a harsh interpretation of Islamic law that prohibits girls from attending school.

Yet, despite the change in power, IOM has never left the ground, continuing to deliver vital assistance to displaced populations and migrants throughout the nation’s 34 provinces.

As the country teeters on the brink of systemic collapse, more than half the Afghan population is in dire need of humanitarian assistance,

IOM explained that last year, Afghans increasingly crossed the border into Iran and Pakistan, describing it as a trend that is likely to continue in the coming months.

The UN agency warned that as needs continue to grow, failure to sustain and improve access to essential services, restore livelihoods, and effectively address the vulnerabilities of populations affected by the crisis, will cause a surge in displacement and migration.

To respond to the urgent humanitarian and protection needs of more than 3.6 million people in the conflict-stricken country, IOM is appealing for $589 million.

Without the funding to support a response – encompassing rapid humanitarian action and mid-to longer-term development planning – economic and social conditions in Afghanistan will continue to spiral downwards.

Moreover, it would further risk wiping out any development gains made over the past 20 years, Mr. Daniels warned.

Between August and December last year, IOM had scaled up its operational capacities to reach more than 600,000 people in Afghanistan, Iran, Kazakhstan, Pakistan, Tajikistan, Turkmenistan and Uzbekistan.

Today, the UN agency – the second largest provider of emergency shelter and non-food items in the country – is currently working to help displaced populations manage the freezing winter temperatures.

IOM also administers key reception and transit centres along the borders and provides healthcare in 12 provinces, including COVID-19 vaccinations.