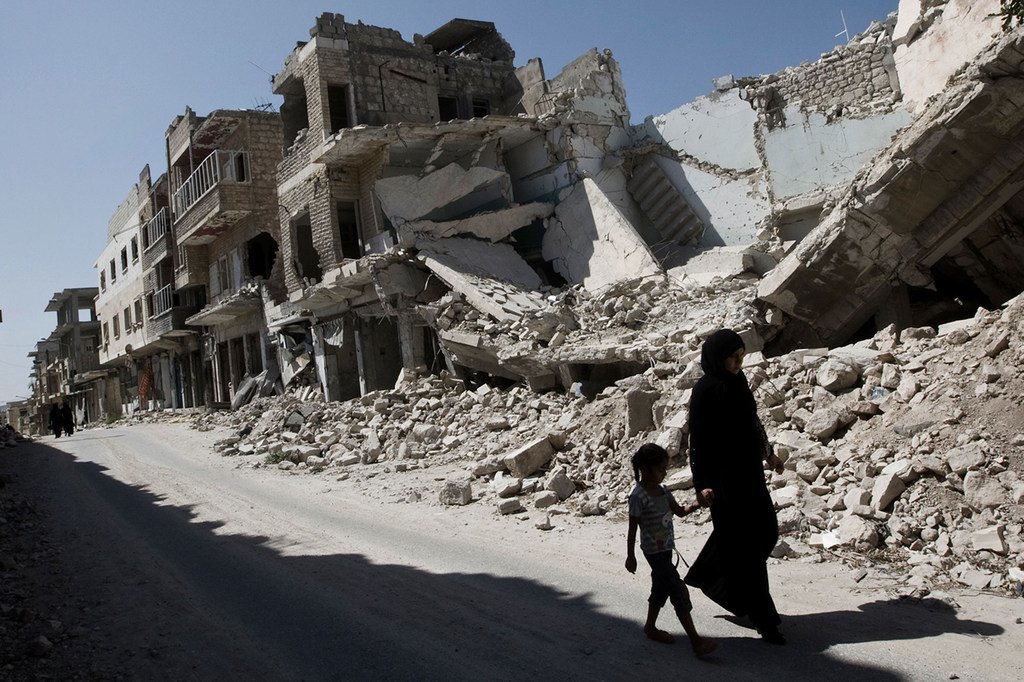 Following an attack by United States Special Forces in northwestern Syria that culminated in the death of the leader of the ISIL terrorist network, the deputy UN Spokesperson on Thursday expressed concern over reported civilian casualties, but welcomed any move contributing to the group’s defeat.

“The UN system, as a whole, has been very united in efforts to act against Da’esh, so any successes against them are to be welcomed”, the Deputy Spokesperson for the Secretary-General, Farhan Haq, told journalists in New York, responding to questions at the regular Noon Briefing.

Mr. Haq remembered that ISIL, also known by the Arabic term Da’esh, “has committed heinous crimes and brought tragedy to thousands of men, women and children.”

“We want to take this moment to remember the victims and families of victims of terrorism, everywhere in the world”, he said.

According to news reports, at least 13 civilians, including women and children, died during the US Special Forces operation in the Syrian border town of Atmeh.

Regarding civilian’s casualties, Mr. Haq said the UN continues to call on all the parties to take all the necessary measures to protect civilians and civilian infrastructure, in line with their obligations under international humanitarian law.

“In the case of trying to determine responsibility for the casualties in the attack, it would be important to have an investigation”, he added.

The US raid targeted Abu Ibrahim al-Hashimi al-Qurayshi, who took over as head of the group in late 2019, just days after leader Abu Bakr al-Baghdadi died during a similar US operation.

In a televised statement, US President, Joe Biden, said al-Qurayshi had died as al-Baghdadi did, by exploding a bomb that killed himself and members of his family, including women and children, as US forces approached.

The operation came as ISIL had been on the offensive. Late last month, the group tried to seize a prison in northeast Syria holding at least 3,000 detainees affiliated to the group. President Biden said that al-Qurayshi had been the architect of the siege, which was repulsed by US-led coalition forces.

According to the UN Children’s Fund (UNICEF), at least six children were killed and one girl was badly injured due to heavy violence.

Since the year began, violence has heavily escalated in and around Idlib in Syria’s northwest, where 1.2 million children need assistance. Many families in the area are internally displaced, having fled violence in other parts of Syria over the years.

Last year, nearly 70 per cent of grave violations recorded against children in Syria occurred in the northwest.

The acting UNICEF Regional Director for the Middle East and North Africa, Bertrand Bainvel, notes that this recent increase in violence comes amid freezing weather conditions and record sub-zero temperatures in Syria and the region.

“At least five Syrian children died in the north of Syria due to harsh winter conditions in the past two weeks alone”, he informed.

Idlib province in northwestern Syria is the last rebel-held stronghold in the war-torn country, much of it under the control of former al-Qaeda-affiliate Hay’et Tahrir al-Sham.