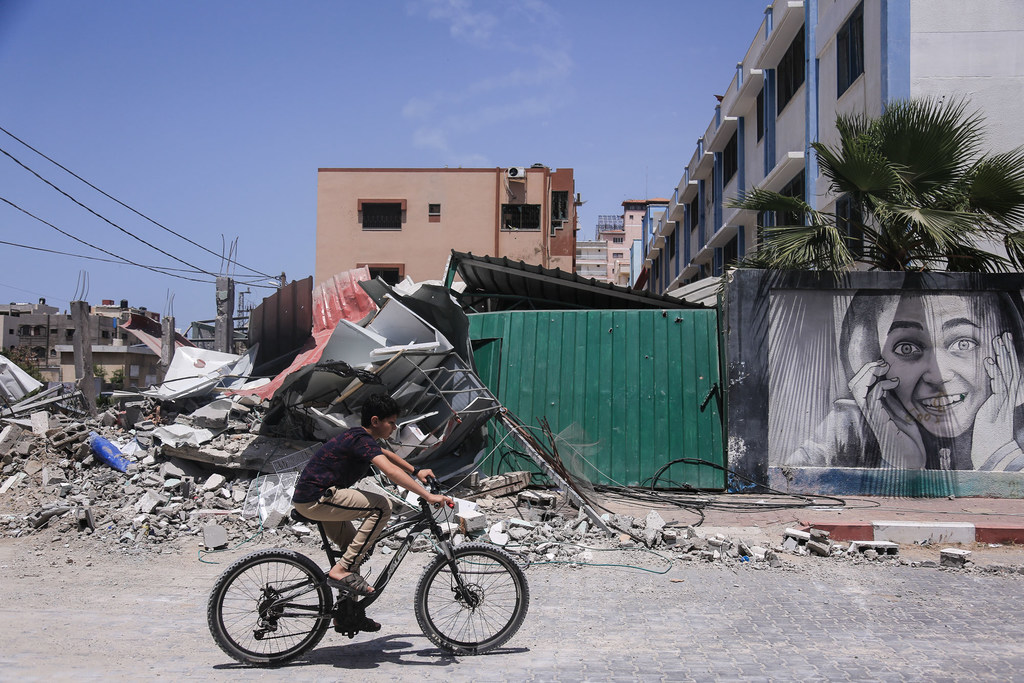 UN Secretary-General António Guterres said on Tuesday that he is encouraged by the recent engagement between senior Israeli and Palestinian officials.

Arguing that “piecemeal approaches” to the question of Palestine would only ensure that the “underlying issues perpetuating the conflict remain unaddressed”, the UN chief urged both sides to “expand these contacts”.

“Unilateral steps and illegal actions that drive the conflict must cease. Incitement to violence will lead nowhere and must be rejected by all”, he told the 2022 opening session of the Committee on the Exercise of the Inalienable Rights of the Palestinian People.

The Secretary-General maintained that the situation continues to be a significant challenge to international peace and security.

“Political, economic and security conditions across the Occupied Palestinian Territory are deteriorating as Palestinians experience high levels of dispossession, violence and insecurity”, he said.

Mr. Guterres urged the international community to “urgently” intensify efforts to resolve the conflict and end the occupation in line with UN resolutions, international law and bilateral agreements.

He reiterated the goal of two States “living side by side in peace within secure and recognized borders”, on the basis of the pre-1967 lines, with Jerusalem as the shared capital of both States.

“There is no plan B”, he attested.

Mr. Guterres remains concerned with territory-wide violence, including with settlers and during military operations, that have led to numerous deaths.

The UN chief encouraged all parties to stem hostilities and support economic development in Gaza.

Citing continued illegal settlements, demolitions, and evictions, he said the situation is feeding hopelessness, animosity and diminishing prospects for a negotiated solution.

“All settlement activity is illegal. It must stop”, he spelled out. 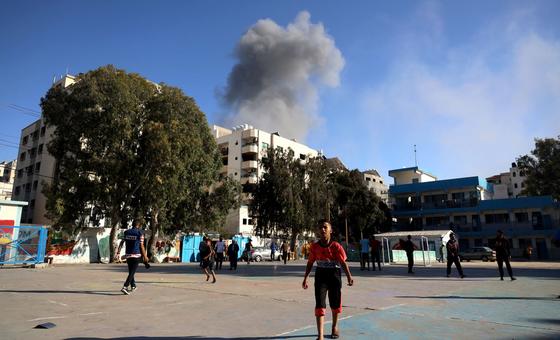 Children play football while an explosion occurs nearby, in the Gaza Strip, Palestine., by © UNICEF/Eyad El Baba

As the international community works towards reviving the political process, Mr. Guterres stressed the need to improve the economic and humanitarian situation in Palestine.

Yet, despite these efforts, he remained concerned over the “dire” fiscal situation facing the Palestinian Authority, saying that it is undermining institutional stability as well as the ability to provide services to its people.

In the meantime, the UN Relief and Works Agency for Palestine Refugees in the Near East (UNRWA) is also going through an existential financial crisis, the top UN Official said.

And while welcoming recent Israeli decisions to increase the movement of goods and people in and out of the Gaza Strip, he asked for a full lifting of the closures in line with Security Council Resolution 1860.