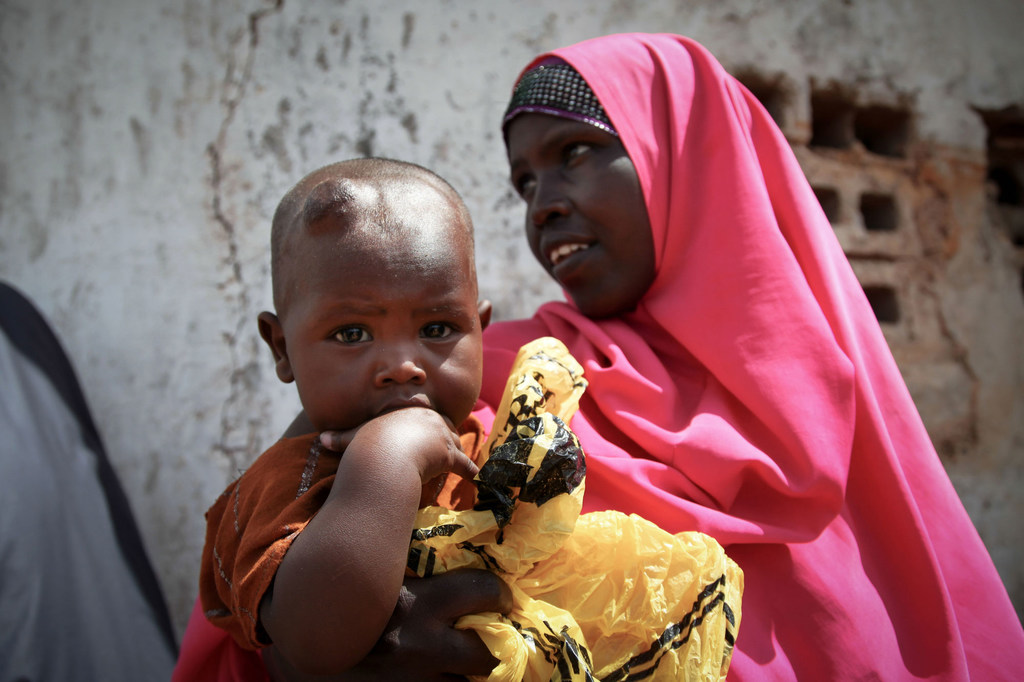 For two decades, the African Union (AU) has been “a gold standard of regional co-operation”, Secretary-General António Guterres told the fifth UN-AU Annual Conference on Wednesday in New York.

He highlighted the wide range of progress made through collaboration, from frameworks around peace, security and sustainable development, to joint missions and programmes for humanitarian operations, elections and peaceful transfers of power.

Mr. Guterres also focussed on areas critical for an inclusive, resilient and sustainable recovery on the continent, that are grounded in the 2030 Agenda for Sustainable Development and the AU’s Agenda 2063, to help Africans “reap the rewards of opportunities”.

The UN chief said that ending the COVID-19 pandemic would be one key to recovery, but despite the AU’s continued work and joint efforts for increased vaccine access and medical supplies, only six per cent of Africa’s population has been fully vaccinated.

Mr. Guterres called for a global plan involving all countries that can produce inoculations, including several in Africa, and threw his weight behind the World Health Organization’s (WHO) strategy to “get vaccines into the arms of 70 per cent of people, in all countries, in the first half of 2022”, underscoring the need to “continue summoning support and financing for sustainable domestic vaccine manufacturing in Africa”.

Against the backdrop of a “deeply immoral and unequal” recovery, the top UN official declared that “vulnerable countries are drowning in debt”.

In sub-Saharan Africa, the International Monetary Fund (IMF) projects that cumulative economic growth per capita over the next five years will be 75 per cent less than the rest of the world. 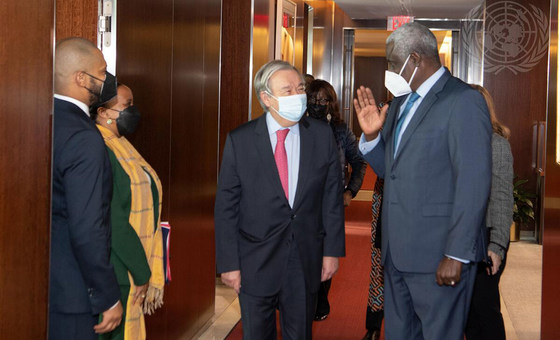 And while vulnerable countries are counting on the re-allocation of unused Special Drawing Rights (SDRs) – a type of foreign reserve asset that are IMF defined and maintained – a massive commitment is needed for that to happen.

“The G20’s Debt Service Suspension Initiative must be extended into next year…the international debt architecture needs to be reformed once and for all and the public and private sectors…need to accelerate private investment back to pre-pandemic levels”, Mr. Guterres said.

He observed that the progress made last month at the UN Climate Conference, COP26, is “far from enough”.

“The 1.5 degree goal is on life support” and wealthier countries need to “significantly strengthen their support” of developing countries’ efforts to adapt and shift to green economies, he said.

Citing a multi-billion dollar support package that South Africa secured with wealthier countries to shift from coal to green energy sources, the Secretary-General described this type of green coalition as “a model for the world”.

“We need all hands on deck to build these coalitions…to meet Africa’s growing energy needs while respecting our climate commitments”, Mr. Guterres added.

From Ethiopia to Sudan and the Sahel to the Central African Republic, he noted that peace is “in dangerously short supply”.

The UN chief drew attention to the UN’s landmark Common Agenda, unveiled earlier this year, which takes a “comprehensive, holistic view of global security” and seeks to strengthen regional and sub-regional organization partnerships – with AU-UN cooperation being the most vital.

To combat economic inequalities, discrimination, marginalization and other roots of conflict, he maintained that human development must be supported – from health and education to social protection.

AU-led peace support operations also need new investment, he said, adding that he would continue to push the Security Council for a Chapter VII mandate that allows action to “restore international peace and security”, with guaranteed financing.

“This is most urgent in the Sahel and Somalia, where ongoing operations are severely constrained and face deep uncertainty with respect to funding”, he said.