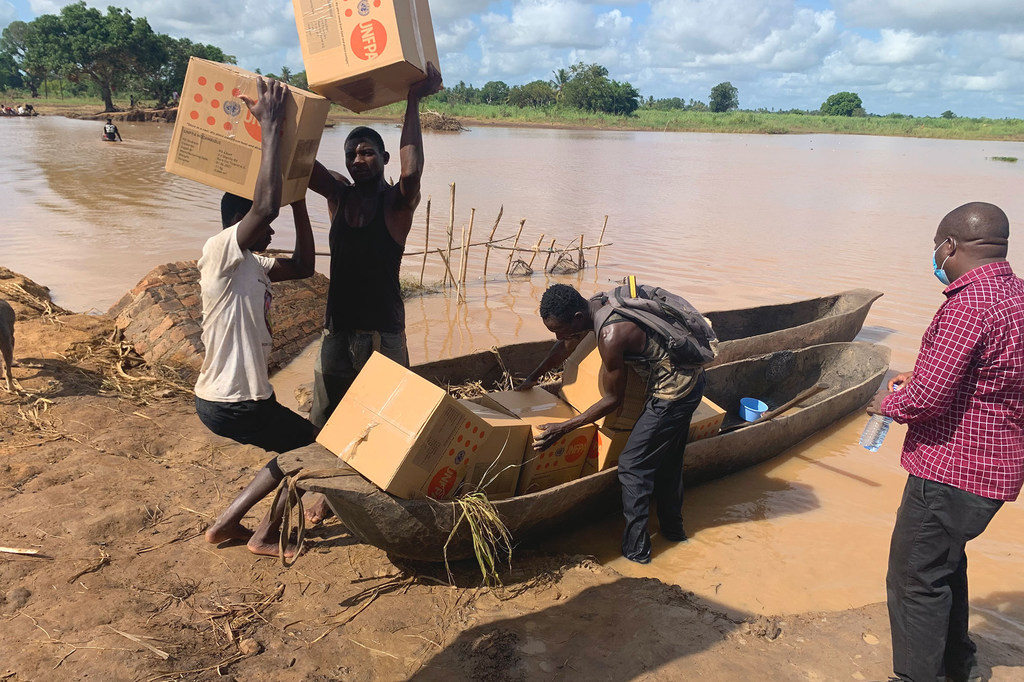 Mozambique may have been spared by Tropical Cyclone Batsirai, but it is still reeling from the devastating impacts of Tropical Storm Ana. Humanitarians are continuing to support the country’s recovery, and the UN’s sexual and reproductive health agency, UNFPA is focusing on fortifying their services to support women and girls.

Downstream from major river basins, with a lengthy coastline and low topography, Mozambique is vulnerable to flash flooding and a target of cyclones. In 2019, it was hit by Cyclones Idai and Kenneth within weeks of each other.

According to the latest data released by the National Institute for Disaster Risk Management (INGD), the storm grim statistics include at least 38 killed, 207 injured, 12,000 houses in ruins, as well as 26 health centres, 25 water supply systems, 138 power poles, and about 2,275 kilometres of roads damaged.

Flooded crops have raised concerns about food security, and nearly 300,000 students no longer have schools to attend.

“My house collapsed on top of me, after I managed to take my children out,” said Florinda Culosa, 48, in Mocuba District. The house Ms. Culosa shared with six children and two grandchildren is gone. “I feel very sad about losing my house”, she added.

In the aftermath of the storm, UNFPA is working with the government to strengthen sexual and reproductive health and protection services for the most vulnerable populations, particularly women and girls of reproductive age (15-49).

The 180,869 people affected by the storm includes an estimated 43,409 women of reproductive age and 5,127 pregnant women who will continue to need reproductive health services.

“On the night the storm hit, in the maternity ward we assisted a mother as she gave birth to triplets, while the health centre was flooding and intense wind was ripping away parts of the roof,” said Filomena Aibo Joao, maternal and child health nurse at Alto Benfica Health Center in Mocuba District.

Florinda Culosa was in her house in Zambezia Province in Mozambique when it collapsed during Tropical Storm Ana., by © UNFPA/Sergio Borge

“The situation was scary, but we were very lucky, the mother and three babies survived”, she continued.

UNFPA is distributing thousands of dignity kits to vulnerable women and girls to support their menstrual hygiene, sanitary and female dignity needs as well as tents that will allow damaged health centres to continue providing care.

After Noemia Hortênsia, 19, lost her house, belongings, and rice crop in the small village of Magica, she and her children went to the resettlement site of Sopa Parreirao, where she received one of more than 200 dignity kits that had to be transported by canoe because of the storm-damaged road and bridge.

“My house fell because of the flooding. I was afraid that it was going to fall on me or on my son and daughter,” she said. “We lost everything.”

© UNFPA/Sergio BorgeStrong winds damaged the roof of the maternity ward of the Alta Benfica Health Centre in Mocuba District, which flooded during the storm as a nurse helped one woman deliver triplets.