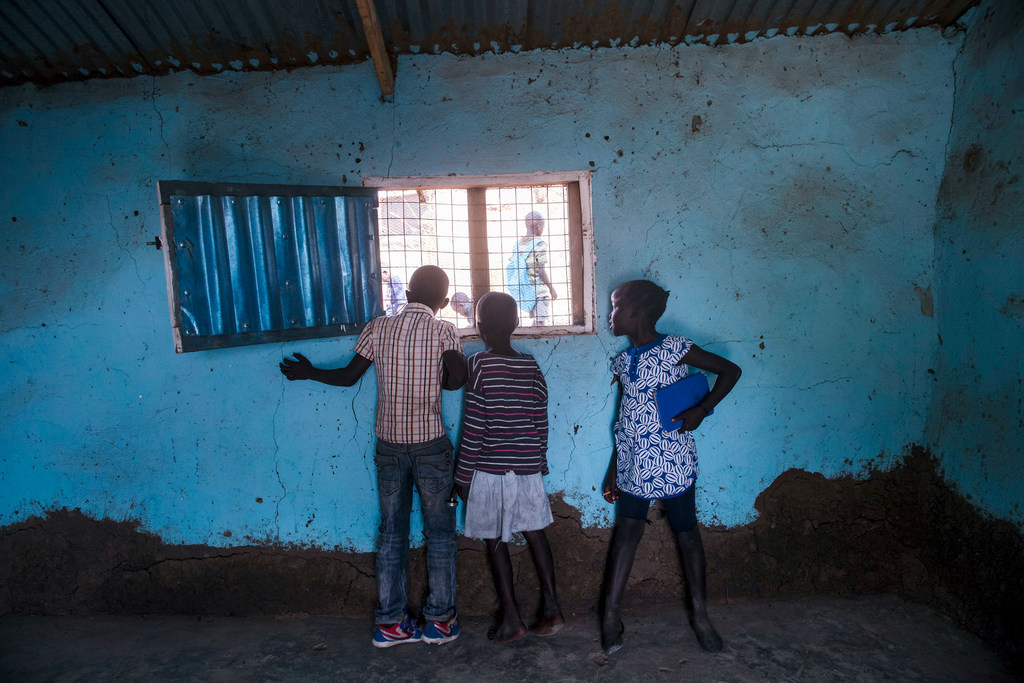 UN human rights experts have warned of increased political violence and polarization between communities across the world’s youngest country, South Sudan, following a fact-finding visit there this week.

The UN Commission on Human Rights in South Sudan said on Friday that lack of progress in implementing key provisions of a 2018 peace deal contributes to the persistent insecurity and impunity which allows violations to occur.

“There is consensus amongst key stakeholders that while some progress has been made in implementing the Revitalised Agreement, critical elements involving security sector reform, constitutional and electoral reform, and transitional justice have yet to be addressed. All of these outstanding issues impact on the human rights situation in the country,” said Yasmin Sooka, Chair of the Commission.

Fighting abated after the two men signed the 2018 agreement, but according to the UN Special Representative in the country briefing the Security Council in December, momentum is in danger of stalling.

Ms. Sooka and fellow Commissioners Barney Afako and Andrew Clapham, will conclude their visit to South Sudan on Saturday, having travelled to the capital, Juba, and to Yei in the southwest.

They are mandated to investigate the human rights situation, assist in addressing impunity, and to collect and preserve evidence that will be made available to transitional justice mechanisms, including a hybrid court to be established in line with the peace accord.

The Commissioners held discussions with a range of persons, including senior Government ministers and officials, civil society, survivors of rights violations and abuses, religious leaders, members of the diplomatic community, UN agencies and the UN Mission in the country, UNMISS.

“Most South Sudanese the Commission spoke to expressed their desire for political leadership to secure peace and justice, for which the Agreement provides a roadmap,” said Ms. Sooka.

Meanwhile, civil society representatives reported that they are scared to discuss the human rights situation for fear of retaliation by the security services.

During a meeting with the Ministry of Justice, the Commission reaffirmed its readiness to support the Government to fully implement Chapter V of the Agreement — which addresses transitional justice, accountability, reconciliation and healing – building on a joint workshop held in December in Nairobi, Kenya.

The Commission pointed to lack of progress in implementing key provisions of the deal that contribute to insecurity and impunity, including on the unification and deployment of the armed forces, as well as agreement on command structures.

They said violence remains pervasive at the subnational level, and is characterised by displacement, and gross human rights violations, including sexual violence.

“Yei is a case in point, where soldiers waiting to be part of a unified national force are poorly resourced and then prey on the population,” their statement said.

At a ‘tipping point’

South Sudan is set to hold elections next year, but the country is at a “tipping point”, Mr. Afako warned.

“The pursuit of elections run the serious risk of fuelling violence and polarisation if the requisite institutions, constitutional and electoral laws as well as logistic arrangements are not first in place,” he said.

“It is also important to look beyond the electoral moment and ask what political system people would be voting for, particularly given the delays to develop a constitution on which elections would be based.”

Chapter VI of the peace agreement provides for the development of a permanent constitution, upon which the future political system will be based.

The Commissioners said that if done well, the constitution-making process could help address root causes of persistent conflict and insecurity. On the other hand, if handled poorly, it may deepen existing grievances that could lead to future conflict.

Background on the Commission

This latest visit marked the ninth time the UN Commission has travelled to South Sudan.

The Commission was established in March 2016 by the UN Human Rights Council and is an independent body.

The three Commissioners are neither UN staff nor do they receive a salary from the Organization.