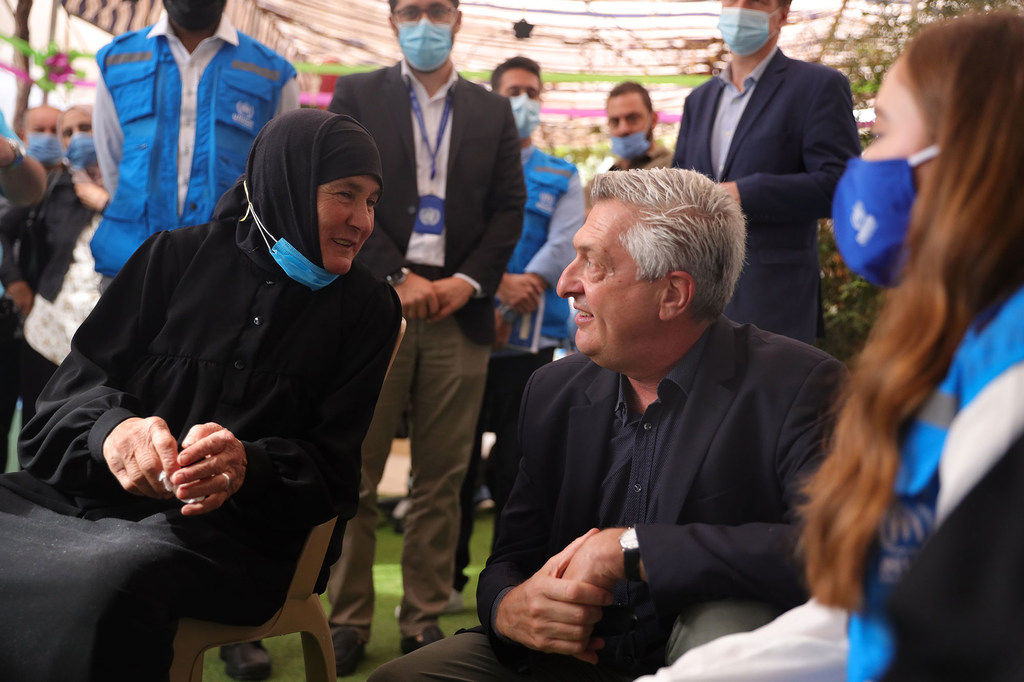 UN High Commissioner for Refugees, Filippo Grandi, has urged greater international support for the more than 13 million Syrians who’ve been displaced in the past 10 years.

Currently, around 6.7 million have been displaced inside the country and 5.5 million refugees are being hosted in five neighbouring countries, Mr. Grandi said after a visit to the country.

Over two days in the field, the High Commissioner met families who told him they’d endured “years of suffering” and are “exhausted.”

“Yet I also witnessed their strength and determination to rebuild their lives”, the UNHCR chief said.

Even as UNHCR and partners, “helped some of the families I met install doors and windows on their partially damaged homes, they still needed water and electricity. They still need schools and hospitals, and they need to make a living. This is a humanitarian imperative.”

Mr. Grandi travelled to the town of Talbiseh, in Homs Governorate, where he met families who had returned home after years of displacement inside Syria, or from neighbouring Lebanon.

He heard from vulnerable people such as Abeer, a mother of seven, displaced twice within three years. She explained the difficult decision she had faced on when to return, and the challenges now confronting her and her family.

UNHCR is working with refugees and internally displaced people (IDPs) who are contemplating the dangerous journey home. At the same time, the agency provides humanitarian support to those who have returned and their communities.

“But we have to always keep in mind that in the end, this is about human beings with desperate needs. They should not continue to pay the price for unresolved crises. While we wait for political solutions, their lives go on, and we need to support them to have dignified lives.”

Both in Syria and host countries, economic crises, compounded by the devastating impact of the COVID-19 pandemic, have resulted in a sharp devaluation of local currencies and skyrocketing prices.

Mr. Grandi met the Syrian Foreign Minister and Minister of Local Administration and Environment, Hussein Makhlouf, and discussed some of these issues. “These are Syrian nationals, and it’s the government’s responsibility to ensure their security,” he said.

For the High Commissioner, the international community needs to provide more support too, to provide much-needed resources, so that people can fix damaged homes, have running water, healthcare, and send their children to school.

“Sustainable returns require collaboration from all concerned parties”, he concluded.

The UNHCR chief’s mission came just ahead of crucial talks on the political future of Syria, brokered by the top UN negotiator Geir Pedersen, in Geneva this week.

The Special Envoy said late on Sunday, that the Syrian Government and the opposition have agreed to start “a drafting process” on a new constitution.

Mr. Pedersen also explained that for the first time, the two Syrian Co-Chairs had sat down together with him for a “substantial and frank discussion” on how to proceed with overall constitutional reform during this week’s meeting in Switzerland.

It marks a potential turning point after the fifth meeting of the 45-member Small Drafting Body in January, ended without significant progress being made.