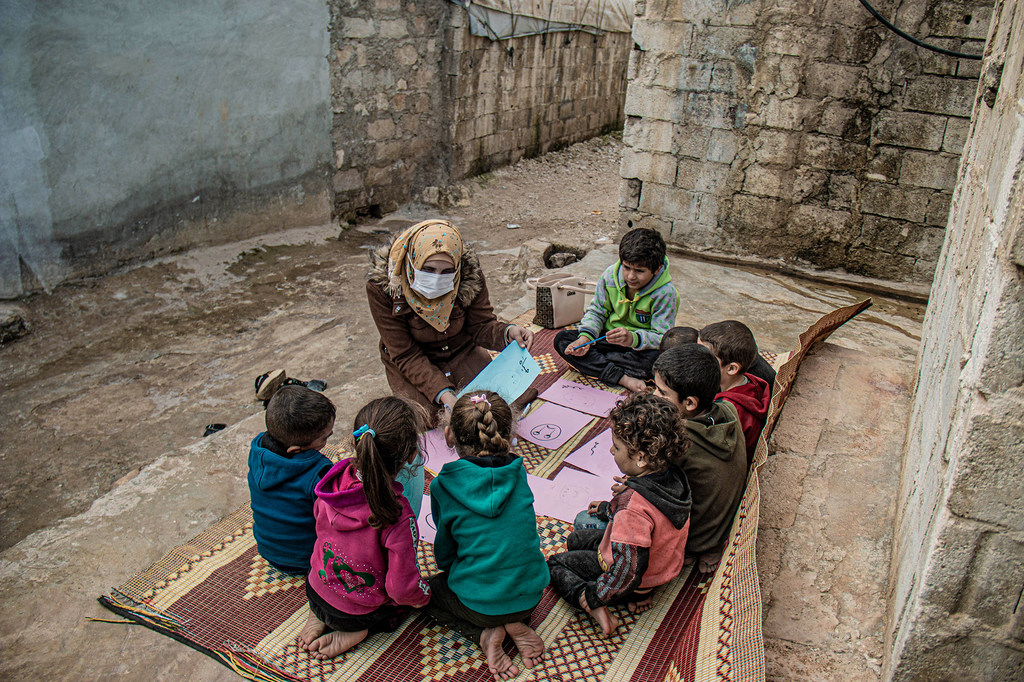 Secretary-General António Guterres has underlined the UN’s determination to continue pursuing a negotiated political settlement to the Syrian civil war, a “living nightmare” that has endured for 10 years now.

Briefing journalists at UN Headquarters on Wednesday, the UN chief stressed the need for countries to put aside their differences to support Syrians in finding a solution to the crisis.

“After a decade of conflict, in the middle of a global pandemic, and faced with a steady stream of new crises, Syria has fallen off the front page”, he said. “And yet the situation remains a living nightmare.”

Mr. Guterres said the world has watched Syria spiral into destruction and bloodshed in a conflict that has left no family there untouched.

Hundreds of thousands of Syrians have died, millions have been displaced, and countless more remain illegally detained, disappeared or living in uncertainty.

“It is impossible to fully fathom the extent of the devastation in Syria, but its people have endured some of the greatest crimes the world has witnessed this century”, he said, recalling the humanitarian violations, sieges, chemical weapon attacks and other horrors committed during the war.

“And the scale of the atrocities shocks the conscience. Their perpetrators must be held to account if there is to be sustainable peace in Syria.”

The Secretary-General stressed the need to continue providing humanitarian assistance to the Syrian people, warning that around 60 per cent of the population risks going hungry this year.

“More humanitarian access is needed. Intensified cross-line and cross-border deliveries are essential to reach everyone in need everywhere. This is why I have repeatedly urged the Security Council to achieve consensus on this crucial matter”, he said.

The UN for its part will continue to pursue a negotiated political settlement to the crisis, he said, in line with Security Council Resolution 2254, which endorses a road map towards a Syrian-led political transition.

“The parties have the opportunity to demonstrate a willingness to find common ground and recognize the need for all Syrians, whom they represent, to move beyond a perpetual state of conflict”, he said.

“This is the path that will lead to a solution that meets the legitimate aspirations of all Syrians, creates the conditions necessary for refugees to return in safety and dignity, and respects Syria’s sovereignty, territorial integrity and independence.”

The Secretary-General stressed that all Syrians must be engaged in the process, while also underlining the necessary role of the international community.

“It will require bridging the current divides in the international community through sustained and robust diplomatic dialogue”, he said.   “Failure to do so will only condemn the Syrian people to more despair. And we simply cannot let that happen.”

Following the media briefing, a journalist asked the Secretary-General if the UN and the Security Council had failed the Syrian people.

“It is clear that if a war lasts 10 years, the international security governance system that we have is not effective. And this is something that should be a source of reflection (for) everybody involved”, he responded.

Mr. Guterres said it would be important for the UN, the Council and other mechanisms of the international community to be more readily able to intervene during long-standing “dramatic situations”, but added “unfortunately, the mechanisms we have in place today are not able to fully respond to this challenge.”