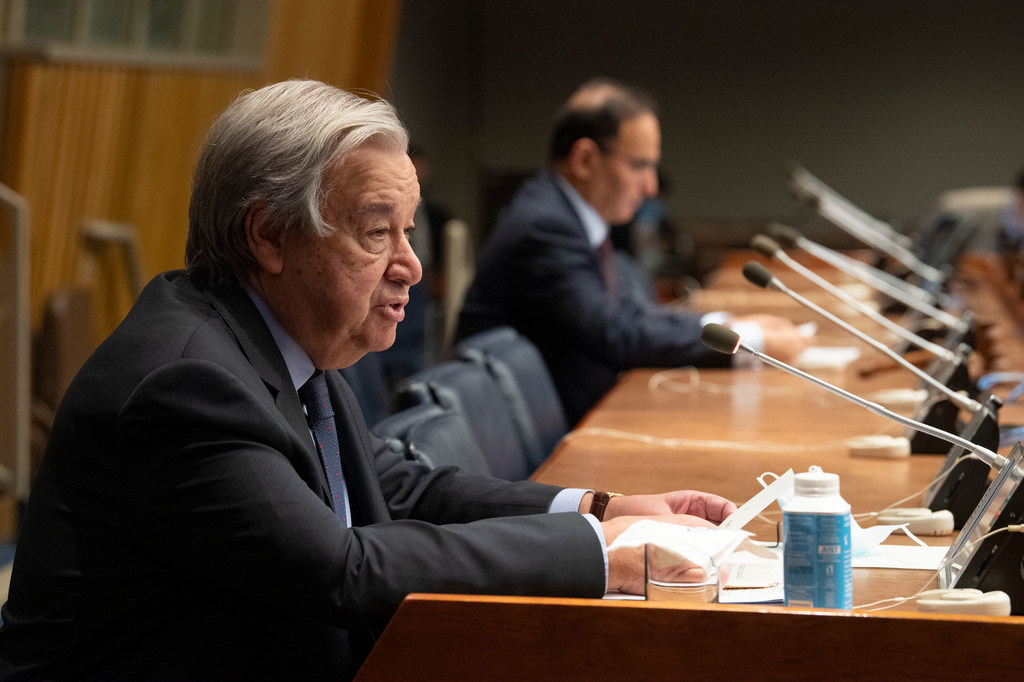 The UN Secretary-General on Monday called on all Middle East States to transform the vision of a region with no nuclear weapons, or other weapons of mass destruction, into a working reality.

Antonio Guterres was speaking in New York at the second session of the Conference on the Establishment of a Middle East Zone Free of Nuclear Weapons and Other Weapons of Mass Destruction.

Since 1967, five such zones have been established around the world: Latin America and the Caribbean, the South Pacific, Southeast Asia, Africa and Central Asia. They include 60 per cent of all UN Member States and cover almost all of the Southern Hemisphere.

For the Secretary-General, expanding such zones would help build a safer world.

“That is particularly the case in the Middle East, where concerns over nuclear programmes persist, and where conflicts and civil wars are causing widespread civilian casualties and suffering, undermining stability and disrupting social and economic development”, Mr. Guterres explained. 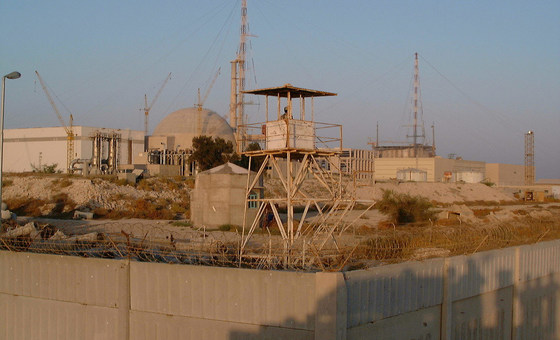 The Busher nuclear power plant in Iran. Talks about the country’s nuclear deal have restarted., by Photo: IAEA/Paolo Contri

The UN chief also reiterated his call for all parties to exercise restraint and avoid escalation.

In this context, he highlighted the Joint Comprehensive Plan of Action (JCPOA), known commonly as Iran Nuclear Deal, saying that the return to dialogue is “an important step.”

The JCPOA was signed by Iran alongside the European Union and five permanent members of the Security Council: China, France, Russia, the United Kingdom, and the United States. However, Washington withdrew in May 2018, under the previous administration. Talks over Iran’s nuclear programme and a revival of the JCPOA, have resumed this week in Vienna.

“All parties must ensure this valuable instrument remains effective”, he argued.

For Mr. Guterres, the positive consequences of a Middle East free of nuclear weapons would extend beyond nuclear control.

“It will strengthen the international bans on chemical and biological weapons. It will build trust, reduce tensions and prevent conflicts and human suffering”, he argued.

According to him, it would also deescalate regional arms races and free much needed resources to tackle major challenges, including COVID-19, climate change, and achieving the Sustainable Development Goals.

The president of the General Assembly, Abdulla Shahid, also addressed the Conference, pointing out some progress such as the entry into force of the Treaty on the Prohibition of Nuclear Weapons, the renewal of the START treaty between the United States and Russia, and the ongoing talks on the JCPOA.

He cautioned, though, that Member States’ destructive capacity “has reached new extremes”, with many continuing to invest, innovate and build this type of weapons. 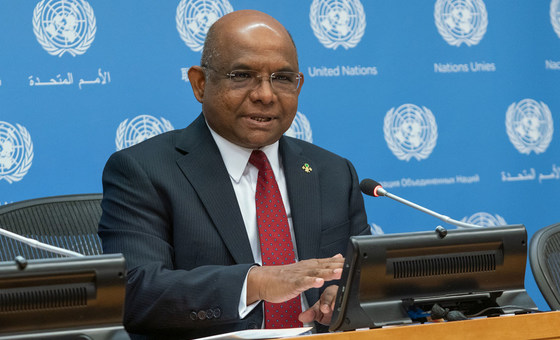 Abdulla Shahid, President of the 76th session of the UN General Assembly, by UN Photo/Cia Pak

“It is not outside the realm of possibility that, on our current trajectory, every minor geopolitical squabble could trigger catastrophic global consequences”, he said.

Currently, it is estimated that some 15,000 nuclear weapons exist in the world. The General Assembly mandated a nuclear weapons free Middle East, for the first time, in 1974.

Like other regions, Mr. Shahid argued, the geopolitics of this part of the world are complex, and any settlements will require sound diplomacy and negotiations based on good faith.

“The addition of nuclear weapons and other weapons of mass destruction to the region’s politics will complicate an already challenging process, undermining trust and portending existential consequences”, he argued.

Finally, the President of the General Assembly noted that not enough states have signed and ratified the Comprehensive Test Ban Treaty (CTBT), twenty-five years after its adoption.

He also pointed to the 10th Review Conference of the Parties to the Treaty on the Non-Proliferation of Nuclear Weapons, taking place in New York in January, as an opportunity to renew commitments.