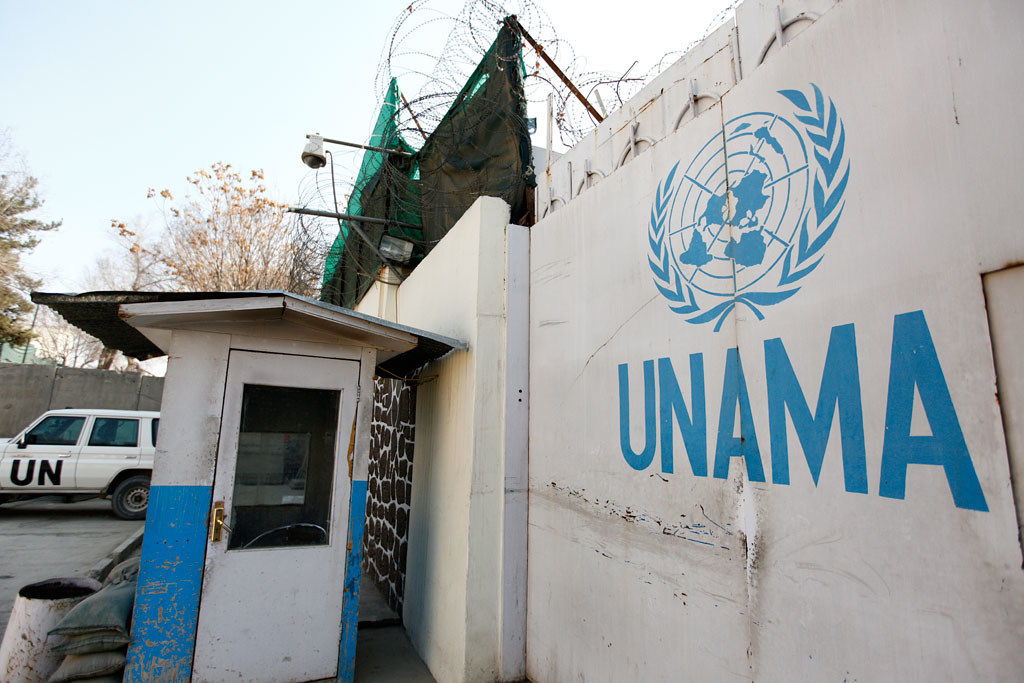 The Security Council unanimously adopted a resolution renewing the mandate of the UN Assistance Mission in Afghanistan (UNAMA) on Friday, specifying the importance of “equal and meaningful participation” of women in public life.

The resolution also emphasizes “the importance of the establishment of an inclusive and representative government”, in the wake of the Taliban takeover on 15 August.

It further highlights the importance of “upholding human rights, including for women, children and minorities.”

Authorizing a six month extension of the UN mission’s mandate, Council members requested the Secretary-General prepare a report by 31 January 2022, that outlines “strategic and operational recommendations for the mandate of UNAMA in light of recent political, security, and social developments”. 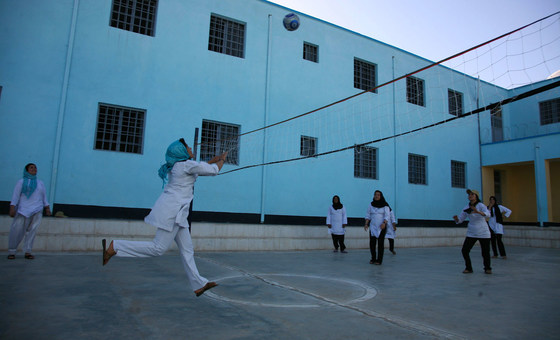 Girls play volleyball at a school in Herat, Afghanistan, in 2016., by UNAMA

It also calls on António Guterres to brief the Council on the situation in the country and the work of UNAMA every two months, until 17 March 2022.

The resolution recognizes “the need for strengthened efforts to provide humanitarian assistance” and says it requires “all parties to allow full, safe and unhindered humanitarian access”.

The people in Afghanistan are engulfed in multiple crises, with half the population in urgent need of aid. More than a billion dollars was pledged to assist the civilian population at a special UN humanitarian conference which took place on Monday.

The 15 Council members also want to ensure that Afghanistan is not used as a base for terrorism.

The text stresses “the important role that the United Nations will continue to have promoting peace and stability” in the country, highlighting not only UNAMA, but other agencies, funds and programmes.

Future of the country

Separately, in a joint press statement by Security Council penholders (who lead and negotiate the drafting of resolutions) Norway and Estonia, their ambassadors noted that the situation “remains unpredictable”, in Afghanistan.

For them, today’s vote shows “the unanimous position of the Security Council to support the Afghan people through a continued presence of the United Nations on the ground.”

The two nations say they will “continue to support and strengthen the voices of women peacebuilders and human rights defenders in Afghanistan.”

“Afghan women are pillars of society and must play an essential role in building sustainable peace and stability in Afghanistan,” said the statement.

The co-penholders applauded the commitments made at Monday’s conference, to scale-up humanitarian funding, but say it is also critical to ensure that humanitarian assistance, in particular women humanitarian workers, will have safe and unhindered access throughout the country.