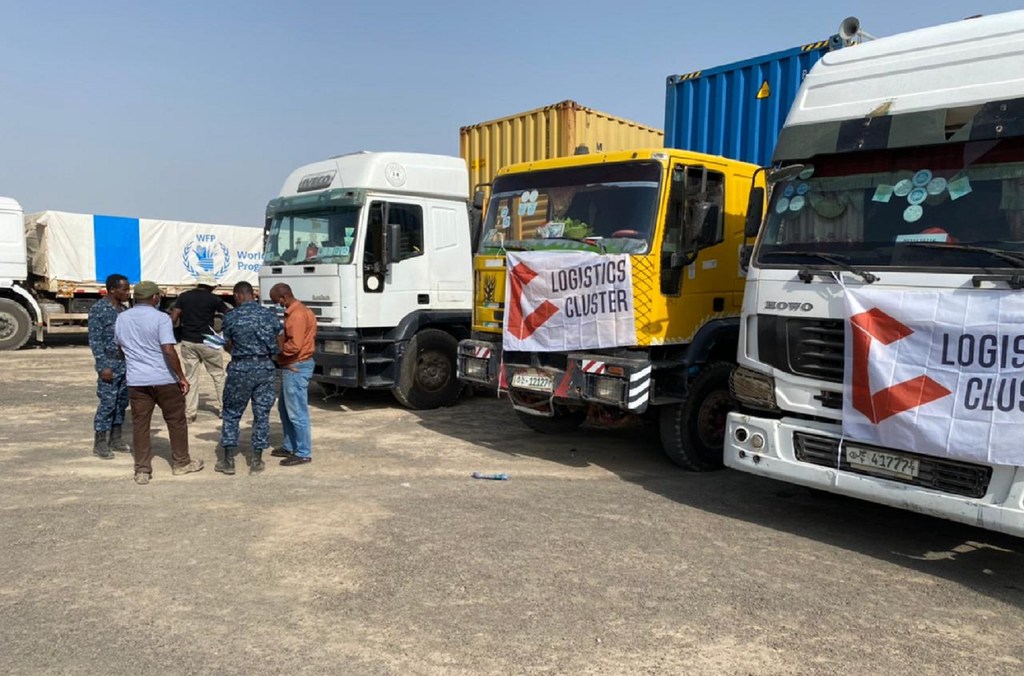 In a related development, the UN Human Rights Council on Tuesday passed a resolution condemning the violence committed by all parties to the conflict since it began on 4 November 2020.

According to the WFP, the convoy of 50 trucks that arrived in the Tigrayan capital of Mekelle on Monday delivered 900 tonnes of food, along with other emergency supplies.

“It was the first humanitarian convoy to reach Tigray since WFP re-started operations in the northwest on 2 July”, said WFP spokesperson Tomson Phiri. “Of the 50 trucks, 29 truckloads transported food commodities comprising wheat, split peas and vegetable oil, enough to cover the most pressing urgent food needs of 200,000 people for a week. It is not enough.”

The WFP official underlined how damaging the delays to the convoy’s arrival had been.

“What is important here is to note is that these convoys are going through rigorous checks”, Mr. Phiri said. “It should not be like that. We need to send these convoys every day from now on so that we are able to meet demand. We therefore appeal for quicker and smoother passage into the region as soon as possible.”

The aid convoy took four days to travel from Semera in the northeast to Mekelle, a distance of 445 kilometres. Drivers had to stop at 10 checkpoints where “at each and every stop, the humanitarian cargo was rigorously checked”, Mr. Phiri said.

Some 100 aid trucks “need to be moving on any given day” and they need to  for half the time if we are to reverse the catastrophic humanitarian situation in the region” he continued, before noting that WFP needs $176 million to continue to scale up its response in Tigray to save lives and livelihoods to the end of the year.

Latest reports from Tigray on Tuesday also appear to confirm that healthcare provision is damaged beyond repair in many areas, the World Health Organization (WHO) said.

“Most health facilities are not functioning at the moment and first-hand accounts that we just received this morning tell us that medical equipment and supplies were removed or destroyed in almost all health facilities in the region,” said WHO spokesperson Christian Lindmeier.

Despite the challenges of access, the UN agency has allocated $1.9 million for malaria, cholera and nutrition treatments. “But this is only a fraction of what’s needed; (it) will be critical for local authorities and partners to deliver assistance,” Mr. Lindmeier insisted.

In June, the WHO warned that conflict between Ethiopian Government troops and those loyal to the dominant regional force, the Tigray People’s Liberation Front (TPLF), had left hospitals “barely functioning”, people displaced and famine “looming”.

The agency also underlined the serious danger of communicable and vaccine-preventable diseases spreading owing to a lack of food, clean water, safe shelter and access to health care.

© UNHCR/Hanna QassisEritrean refugees in the Tigray region of Ethiopia have been severly impacted by the violence and insecurity that has engulfed the region.

In Geneva, in a call for action on the situation in Tigray at the Human Rights Council, Member States expressed grave concern at the reports of serious violations of international humanitarian law and international refugee law, that have been allegedly committed by all sides.

Those supporting the resolution proposed by the European Union backed its call for the swift and verifiable withdrawal of Eritrean troops from the region, as well as the need for accountability for human rights violations and abuses.

The text was adopted by a vote of 20 in favour, 14 against and 13 abstentions, after Member States rejected all 16 amendments to the draft resolution.

The adopted resolution also contained a request to the High Commissioner for Human Rights, Michelle Bachelet, to present an oral update to the forum at its next session in September.

Upcoming seasonal rains in hunger-stricken northern Ethiopia offer a tight window of opportunity for farmers to get a crop in the ground and reboot local food production – but without funding and better access by aid agencies, that opportunity could be missed, the UN Food and Agriculture Organization (FAO) warned on Tuesday.

Following a visit to Ethiopia to assess the situation, FAO Director of Emergencies and Resilience, Rein Paulsen said that many farmers “have been stripped of productive assets like seeds, animals, or tools due to looting, or saw their sources of credit disappear and seed markets disappear. As a result, local food production has been brought to a virtual standstill.

“The rural communities who play a critical role in keeping northern Ethiopia fed, urgently need support if they are going to manage to get seeds in the ground ahead of the impending short rains”, he added. “Each seed they plant represents a brick in a firewall against famine. But to get them those seeds, we need more financial support and improved access”.

In addition to lost agricultural assets, the state of core basic services across northern Ethiopia is impeding relief efforts. Electricity and fuel are lacking, cash and credit are not to be found, and there is only one functional road in and out of the region, noted Mr. Paulsen.