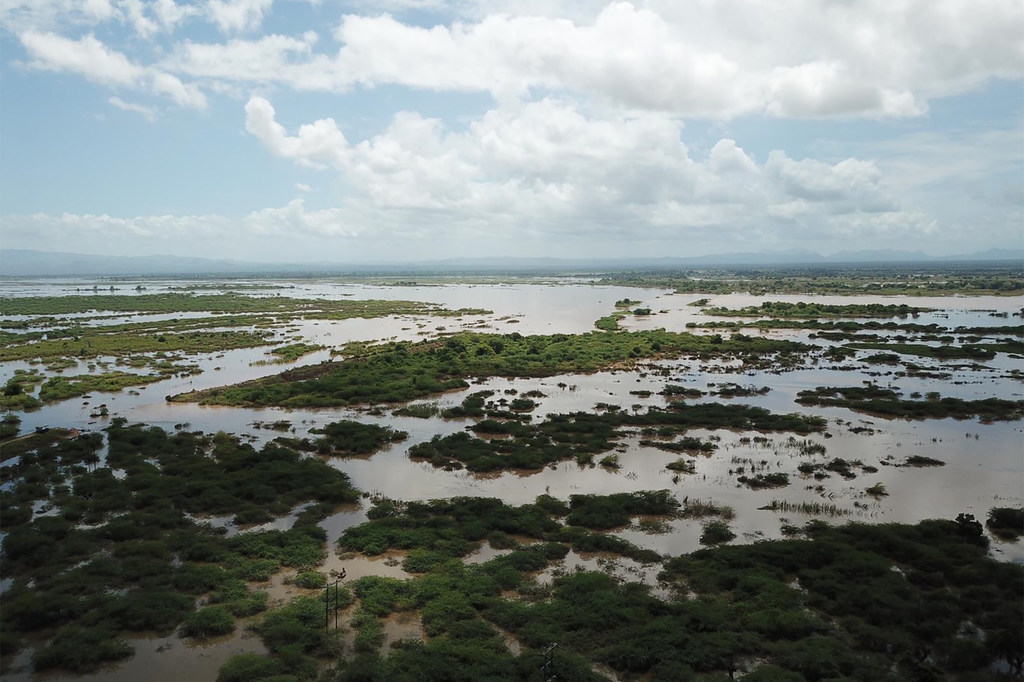 A major aid operation is under way in Mozambique and Malawi to help victims of Tropical Cyclone Idai, which has reached the densely-populated Mozambican port city of Beira, after registering maximum wind speeds of nearly 200 kilometres per hour, UN agencies said on Friday.

Exceptional rainfall before the cyclone hit, has already affected a total of 1.5 million people in both Southern African countries and claimed more than 120 lives. The cyclone has now reportedly moved west, towards Zimbabwe.

In addition, tens of thousands of people have been displaced and homes, roads, bridges and crops have been washed away, World Food Programme (WFP) spokesperson, Hervé Verhoosel, told journalists in Geneva.

“Tropical Cyclone Idai…has compounded destructive flooding that has already occurred as far inland as southern Malawi and eastern Zimbabwe,” he said. “The World Food Programme has been stepping up preparations to meet large-scale assistance needs.”

The UN agency has already begun to assess the extent of the flood damage and prioritise needs among the most vulnerable, Mr. Verhoosel added.

It is not yet clear how many people have lost their lives since the storm hit, although on 13 March, the UN Office for the Coordination of Humanitarian Affairs (OCHA) said that flooding had killed at least 122 people in Mozambique, where 66 are reported to have died, and Malawi, where the death-toll stands at 56.

In a statement issued on Friday, the UN Secretary-General António Guterres said he was “deeply saddened by the loss of life, destruction of property and displacement of people due to the heavy rains and flooding caused by Tropical Cyclone Idai.” He extended condolences to the families of the victims.

“The United Nations expresses its solidarity with the Mozambique authorities and stands ready to work with them as they respond to the humanitarian needs resulting from this natural disaster,” he added.

“We know already that some people sadly died in the past week and probably during the night,” Mr. Verhoosel said. “We don’t have any numbers to communicate for the moment as that number is changing constantly.”

Satellite imagery shows that Malawi’s Chikwawa district has been particularly badly affected by flooding, while Mozambique’s Zambezia and Tete provinces have also seen tens-of-thousands displaced and more than 168,000 hectares of crops reportedly affected.

“We expect that some of the zone will have difficult or no access at all,” Mr. Verhoosel said, noting that rising water levels on the Zambezi river will affect the many villages and small cities that line its banks and which rely on it for trade and transport.

In Mozambique, help for people displaced by the flooding is being provided in 10 transit centres in Zambezia and two in Tete.

A first round of needs assessments has been completed, but crucial follow-up visits have hampered by fallen powerlines, overloaded mobile phone networks and the fact that airspace is closed over Mozambique because of the weather conditions.

In addition to helicopters already sent by the South African Government, WFP is sending at least one MI-8 transport helicopter to conduct emergency air operations in Mozambique.

Its objective is to focus on remote locations that are likely to be cut off by floodwater “as soon as conditions allow, and air space is open”, Mr. Verhoosel said.

“Following the flooding which is coming with the rains, you have of course the risk of drowning and victims there, but you have also crush and trauma injuries through the flooding,” he said. “This is typically followed later by waterborne diseases and rise of airborne disease like malaria could also be expected.”

Mr. Lindmeier added that there could be longer-term effects caused by damage to health facilities – “simple scenarios like assistance to pregnant women or deliveries, assistance to diabetes patients”, he said.

Before Cyclone Idai hit, OCHA cited expert predictions that could be the strongest cyclone to make landfall in Mozambique since Tropical Cyclone Eline, which struck Mozambique in February 2000.