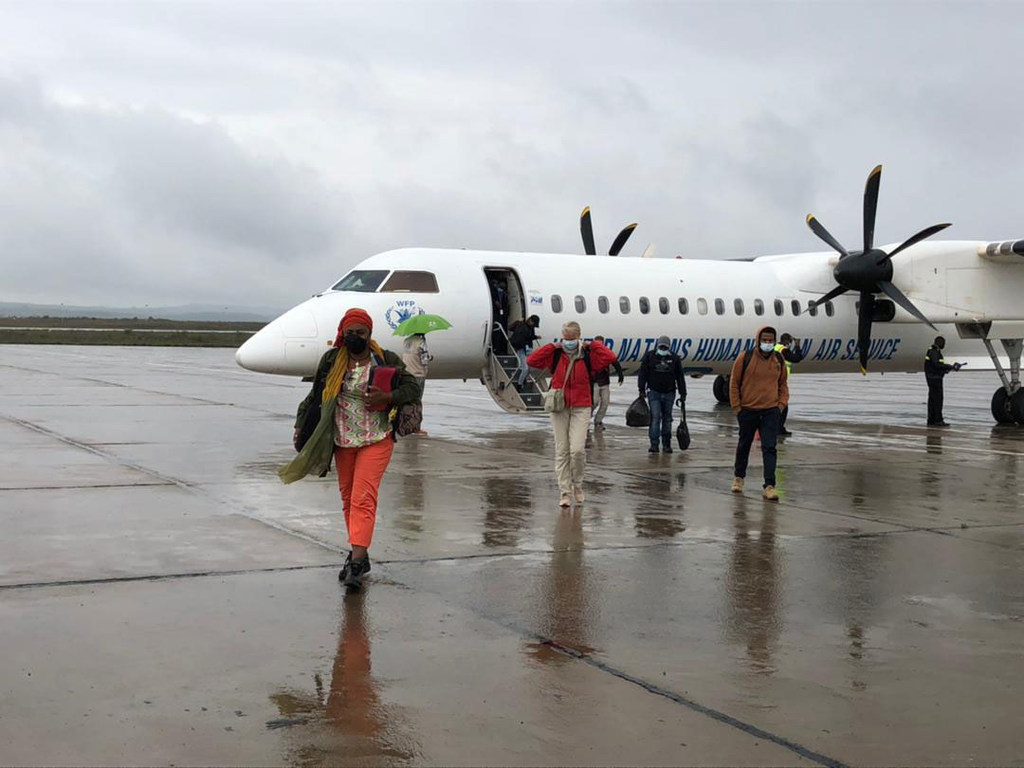 Lifesaving assistance arrived for the beleaguered Tigray region of Ethiopia on Thursday as the first UN World Food Programme (WFP) plane carrying humanitarian workers touched down in the capital Mekelle.

It was the first UN Humanitarian Air Service (UNHAS) aircraft to arrive in the region since commercial flights were halted on 24 June, carrying more than 30 staffers from multiple aid organizations.

“WFP and our fellow emergency responders on the ground in Mekelle are all enormously relieved to see this UNHAS flight arrive today, bringing in colleagues who are all essential in our collective efforts to scale up the humanitarian response and for WFP to reach 2.1 million people with life-saving food assistance”, said Michael Dunford, WFP’s Regional Director for Eastern Africa.

In early November, conflict between the Ethiopian Government and regional forces of the Tigray People’s Liberation Front (TPLF) began when the Prime Minister ordered a military offensive after rebels attacked a federal army base.

Within days, militias from the neighbouring Amhara region joined the fray, reportedly followed by some troops from neighbouring Eritrea – a long-time rival of Tigray.

Government forces reported that the region had been secured at the end of November, but last month the TPLF reportedly recaptured Mekelle, as the Ethiopian Government declared a unilateral ceasefire.

Moving forward UNHAS flights will operate twice weekly, facilitating humanitarian personnel to move into and out of Tigray.

However, the humanitarian response in the region continues to be challenged by a lack of adequate food and humanitarian supplies, supply chains, and limited communication services.

Moreover, as conflict escalates in the surrounding regions, including neighbouring Afar, safe passage for humanitarian convoys into Tigray remains a primary concern for WFP and the humanitarian community.

The UN agency is particularly worried after one of its convoys was attacked just four days ago while attempting to move essential humanitarian cargo into the region.

Meanwhile, a WFP-led convoy of over 200 trucks containing food and other essential humanitarian supplies is currently held up in Semera, capital of the Afar region, waiting to leave for Tigray, pending security clearances.

On Wednesday, the UN Office for the Coordination of Humanitarian Affairs (OCHA) acknowledged access improvements within the region, but said “the last entry point open to Tigray, the road between Afar and Tigray region via Semera city, remains blocked due to security reasons, preventing movement of humanitarian personnel, food stock, fuel and other humanitarian goods from entering the region”.

“Famine is preventable and the power to avert it is in the hands of all parties concerned”, the agency said, calling for “all parties to agree to a ceasefire so the humanitarian response can be rapidly scaled up and all routes can be used urgently to reach those most in need”.

Despite numerous challenges, over the past month WFP has managed to deliver food to over 730,000 people in parts of the south and northwest, including 40,000 people in the town of Zana – who were reached with food assistance for the first time.

In the coming days, WFP hopes to reach an additional 80,000 people in the northwest, warning that once distributed, food stocks are likely to run out thereafter.

The agency said that it needs some $176 million to continue to scale up its response to save lives and livelihoods in Tigray, through to the end of the year.