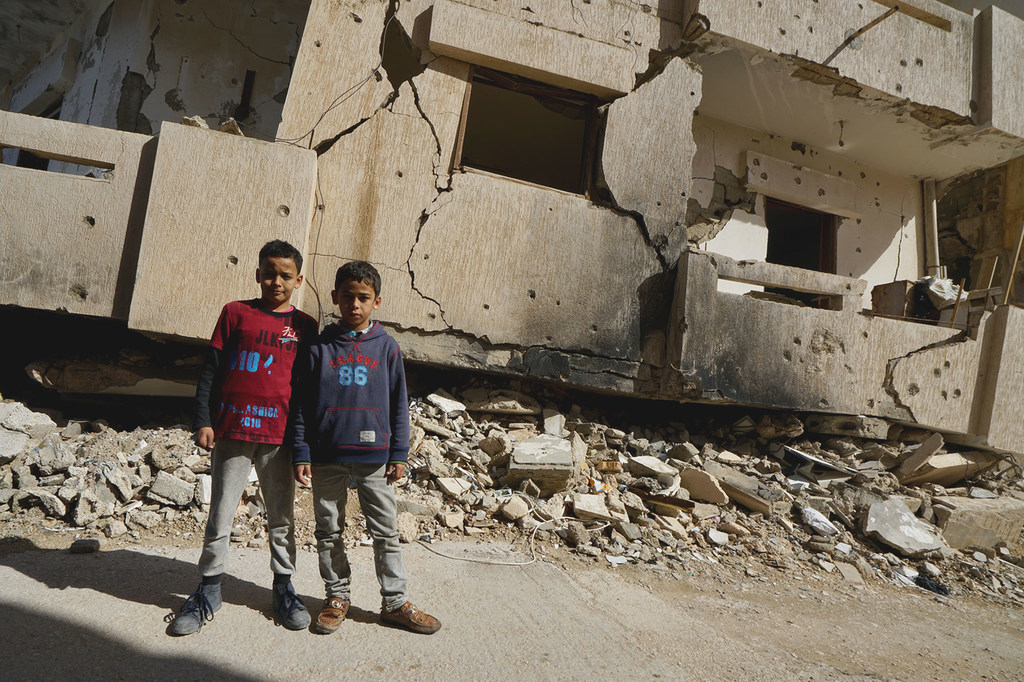 Full implementation of a historic ceasefire agreement and the withdrawal of foreign forces are critical for consolidating peace in Libya, UN Secretary-General António Guterres said on Wednesday in remarks to a major international meeting aimed at shoring up the country after a decade of civil conflict.

In a video message to the Berlin II conference, Mr. Guterres commended military representatives from Libya’s rival sides for their work to implement the October 2020 truce reached under the auspices of the UN mission in the country, UNSMIL.

“The United Nations is fully committed to facilitating the Libyan-led and Libyan-owned processes in support of the ceasefire agreement, national reconciliation and transitional justice, and the holding of elections on 24 December,” he said.

“I encourage Libyan authorities and institutions to shoulder their responsibilities and move forward together towards stability and unity.  The future of Libya is in their hands.”

The Secretary-General underlined support for the Libyan-led ceasefire monitoring mechanism, with the first group of UN monitors set to deploy to the capital, Tripoli, soon.

“We must put an end to all foreign interference, including the full withdrawal of all foreign forces and mercenaries from Libya,” he added. “I urge Libyan and external parties to agree on a comprehensive plan, with clear timelines, to achieve this goal, which UNSMIL stands ready to support.”

The UN continues to uphold efforts towards advancing an inclusive and comprehensive political solution in Libya, which descended into political chaos and violence following the overthrow of President Muammar Gaddafi a decade ago.

As a result, the country became divided between two rival administrations, with the internationally recognized Government of National Accord (GNA) based in the west, while the self-styled Libyan National Army (LNA) controlled large areas in the east.

Political dialogue in the wake of the historic ceasefire agreement resulted in a roadmap for presidential and parliamentary elections, as well as the appointment of Government of National Unity in March.

While welcoming the progress on the political track, the Secretary-General stated that improving security for ordinary citizens, and building confidence and trust, will be key.

Among the unity government’s top tasks is organising December’s elections, and he called for the House of Representatives to clarify the constitutional basis for the vote, and to adopt the necessary legislation.

“National elections should be a time for unity”, he said. “All Libyans, including women, youth and internally displaced people, should be able to participate freely in the elections on 24 December, as candidates and voters. Incitement to violence, harassment or hate speech should have no place in the electoral process.”

He stressed that progress on the military and political fronts will have to be accompanied by serious efforts to address the root causes of instability.

“This calls for an inclusive rights-based national reconciliation process, starting at the community level, with a focus on women and young people,” Mr Guterres said, while welcoming the government’s decision to establish a reconciliation commission.

The Secretary-General also expressed concern over what he described as “the serious and deteriorating humanitarian situation in Libya”.  It is estimated some 1.3 million people require aid relief: 400,000 more than in 2020.

The UN chief urged countries to support a $189 million humanitarian response plan that currently is just over 20 per cent funded.