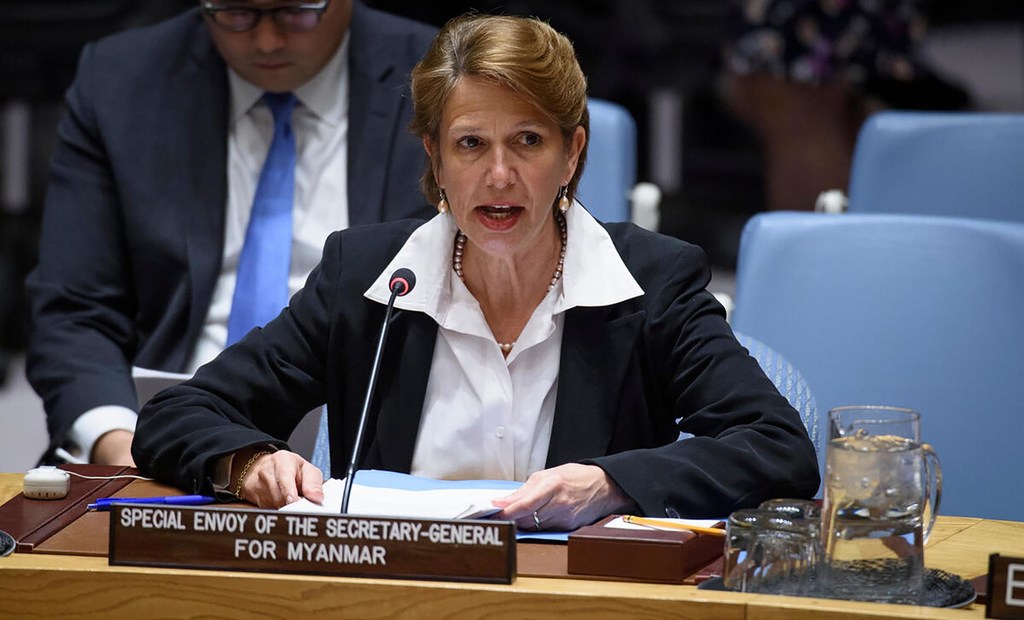 The UN Special Envoy for Myanmar said on Friday she has called for timely action from the Security Council in response to the ongoing crisis in the Southeast Asian country stemming from the military coup in February.

Speaking to journalists following her closed-door briefing to the Council, Christine Schraner Burgener described the situation in Myanmar as “very worrisome” and “very bad”.

Alarming, on the ground

Some 600 people have been killed in the nearly five months since the coup, she said, and 6,000 arrested, with 5,000 still in detention.  Around 100 people have “disappeared” without trace.

The crisis has uprooted some 175,000 people, which has added to internal displacement that existed before the military seized power and detained political leaders, including President U Win Myint and State Counsellor Aung San Suu Kyi. Roughly 10,000 refugees have fled to India and Thailand.

“I asked the Security Council for timely support and action; that it’s really paramount,” she said. “We have an alarming situation on the ground for all civilian people because the health system collapsed completely, and food security is also in danger.”

Ms Schraner Burgener warned that around half the population could be living below the poverty line next year if the situation continues.

“I urged the Council to speak in unity and especially against violence, and also that the political prisoners will be released as quickly as possible,” she said.

Questioned about the lack of Council unity on Myanmar, the Special Envoy responded that she has also held bilateral talks with ambassadors.

“Clearly not all share the same position, what they should do together, but my role is always to urge them to show action and to be united,” she said.

Ms Schraner Burgener further reported that violations have increased in Myanmar, while violence is occurring in regions where it had not occurred before, and on the part of ethnic armed organizations.

She said violence has also emanated “from the ethnic armed organizations who were attacked also by airstrikes from the army, or keep people from other regions under their protection, and therefore I think it’s important that we have an all-inclusive dialogue with all stakeholders”.

“I am in contact with almost every ethnic armed organization to discuss how we can solve the overall problem in the country to find a peaceful solution. And I’m sure talking is always better than violence.”

Ms Schraner Burgener will brief the UN General Assembly later on Friday, and will continue her engagement in the region.  She said she recently had an “open discussion” in Jakarta with the military’s commander-in-chief, and expressed hope that talks will continue.

“Clearly, I can imagine that he would not like to see me now in Myanmar because the people know me…and they would probably be very encouraged by my presence, so I think this is not in the interest of the army,” she said.

“But as long as I can have contact with them, that is the most important thing. And I will soon also contact them again to bring them also in a dialogue.”