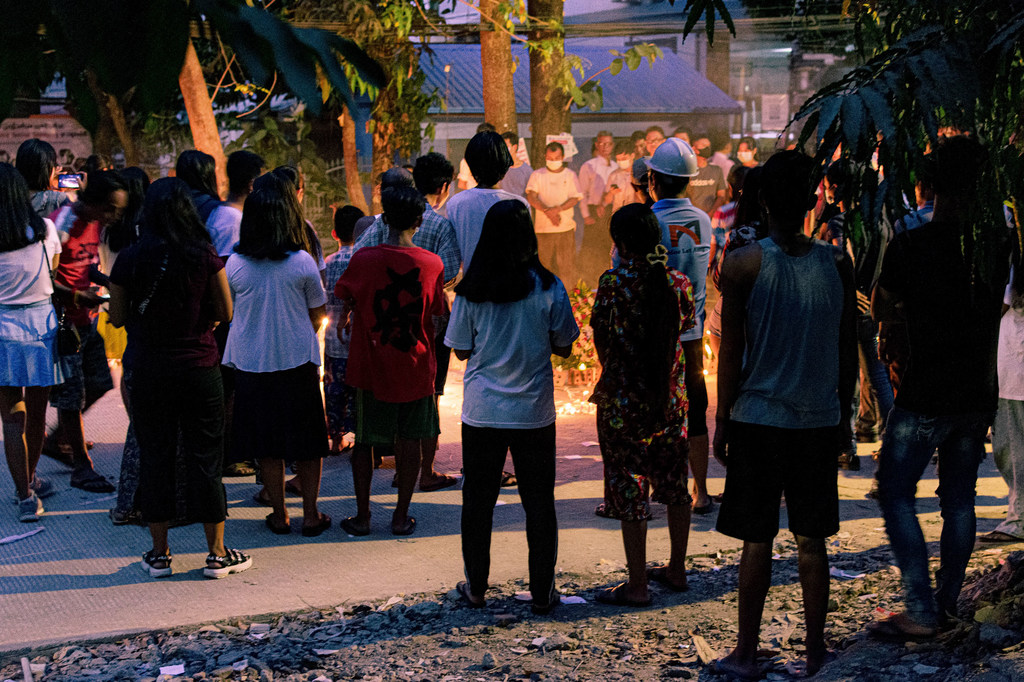 The ongoing repression of protests in Myanmar could spark a “full-blown conflict” on a par with Syria, the United Nations’ top human rights official warned on Tuesday, urging States with influence to take immediate and impactful action to halt the “slaughter” of civilians.

“Statements of condemnation, and limited targeted sanctions, are clearly not enough. States with influence need to urgently apply concerted pressure on the military in Myanmar to halt the commission of grave human rights violations and possible crimes against humanity”, Michelle Bachelet, UN High Commissioner for Human Rights, said.

Her appeal came in the wake of yet another weekend of “coordinated bloodshed” in Myanmar, including the reported killing of at least 82 people in Bago, where, according to credible reports, the country’s military, Tatmadaw, opened fire with rocket-propelled grenades, fragmentation grenades and mortars.

“The military seems intent on intensifying its pitiless policy of violence against the people of Myanmar, using military-grade and indiscriminate weaponry”, she said.

Security forces also reportedly prevented medical personnel from helping the wounded, as well as charging relatives a “fine” of roughly $90 to claim the bodies of those who were killed, according to the High Commissioner’s Office (OHCHR), which added that some individuals are now resorting to the use of makeshift or primitive weapons in self-defence.

Ms. Bachelet also highlighted the need to cut off the supply of arms and finances to the military leadership that aid its commission of serious human rights violations, noting the report of the UN Fact-Finding Mission on Myanmar, which contains clear recommendations for impactful action in relation to the military.

The High Commissioner cautioned that the situation in Myanmar clearly echoes that of Syria in 2011, as it descended into conflict, with the past ten years showing the horrific consequences for millions of civilians.

“There too, we saw peaceful protests met with unnecessary and clearly disproportionate force. The State’s brutal, persistent repression of its own people led to some individuals taking up arms, followed by a downward and rapidly expanding spiral of violence all across the country”, she said.

The UN High Commissioner for Human Rights at the time warned that the failure of the international community to respond with united resolve could be disastrous for Syria and beyond, Ms. Bachelet added.

“I fear the situation in Myanmar is heading towards a full-blown conflict. States must not allow the deadly mistakes of the past in Syria and elsewhere to be repeated.”

Over 700 people are reported to have been killed in the crackdown by the security forces since the military overthrew the Government on 1 February. Thousands more have been injured, many of them seriously.

At least 3,080 people are currently in detention and there are reports that 23 people have been sentenced to death following secret trials – including four protesters and 19 others who were accused of political and criminal offences – according to OHCHR.

The mass arrests have forced hundreds of people to go into hiding, and reports suggest that many journalists, civil society activists, celebrities and other public figures are being sought, many simply because of the dissent they have been expressing on-line, it added.

Wireless broadband and mobile data services were also cut indefinitely on 2 April, leaving the vast majority of people without access to vital sources of information and communication.

Infrastructure on the ‘brink of collapse’

The UN human rights office also warned that Myanmar’s economy, education and health infrastructure have been brought to the brink of collapse, leaving millions without livelihood, basic services and, increasingly, food security.

Thousands of internal migrants have left urban centres for their places of origin, many with little savings to sustain themselves and their families, while COVID-19 control and response measures have effectively been brought to a standstill.

In addition, clashes between the military and ethnic armed groups have also intensified in several locations in Kachin, Shan and Kayin states, where the military have been employing airstrikes that have killed and displaced civilians, including several hundred who have sought refuge in neighbouring countries.

The High Commissioner called on neighbouring States to give temporary protection to people fleeing the violence, and to refrain from returning people fleeing Myanmar at this time, in accordance with the principle of non-refoulement.

She also urged the Myanmar military and neighbouring States to facilitate humanitarian access to populations in need.