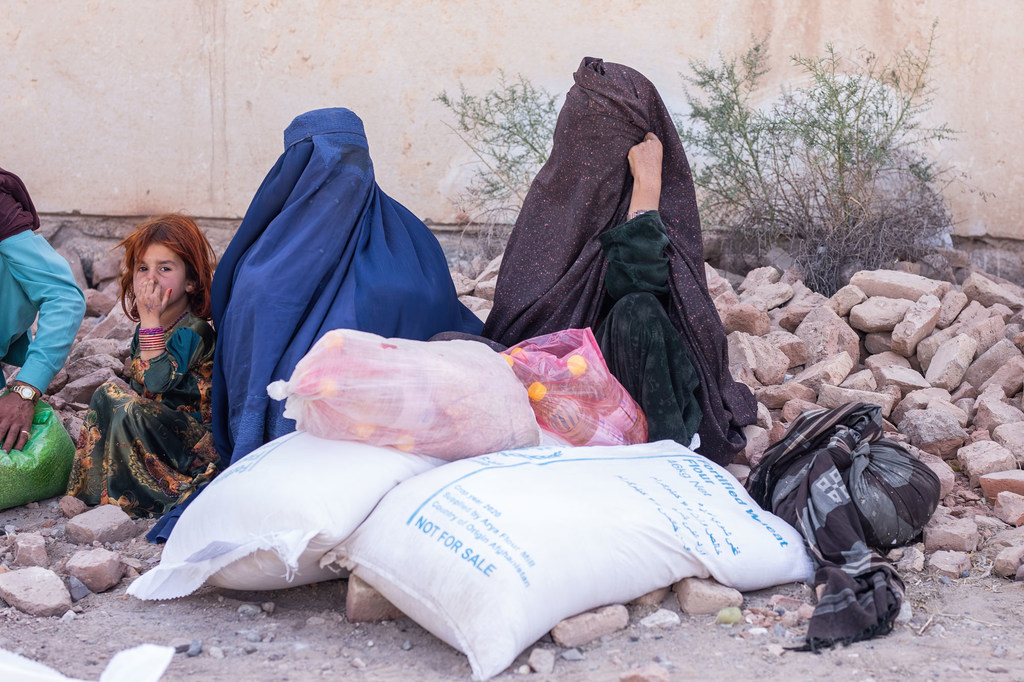 Amidst a growing humanitarian crisis in Afghanistan, on Monday UN Secretary-General António Guterres urged the world to take action during a “make or break” moment for the country.

“If we do not act and help Afghans weather this storm, and do it soon, not only they but all the world will pay a heavy price”, Mr. Guterres told journalists in New York, ahead of Tuesday, when G20 leading industrialized nations will meet to discuss the country embroiled in crisis.

Currently, at least 18 million people, or about half of the country’s population are affected.

“Without food, without jobs, without their rights protected, we will see more and more Afghans fleeing their homes in search of a better life. The flow of illicit drugs, criminal and terrorist networks will also likely increase”, Mr. Guterres warned.

For him, “this will not only badly affect Afghanistan itself, but also the region and the rest of the world”.

Despite many obstacles, the UN has a massive humanitarian operation in the country.

Mr. Guterres said that UN agencies and other non-governmental organizations are in a “race against time” to deliver life-saving aid and preposition supplies ahead of winter.

Besides that, around 450,000 people were reached with primary and secondary healthcare; 160,000 farmers and herders with livelihoods support; and 12,000 people with emergency psycho-social and mental health support.

To achieve this, the Secretary-General said that UN agencies have been acting with the cooperation of the Taliban, “who have progressively granted access to the areas requested and provided security when needed”.

“The number of incidents during humanitarian operations has been in constant decline”, he added.

While reiterating that “humanitarian assistance saves lives”, the UN chief warned that “it will not solve the problem if the economy of Afghanistan collapses.”

Before the Taliban takeover in August, Afghanistan’s fragile economy had been kept afloat by foreign aid over the past twenty years.

Right now, with assets frozen and development aid paused, Mr. Guterres said “the economy is breaking down” with banks closing and essential services, such as healthcare, suspended in many places.

“We need to find ways to make the economy breathe again”, the Secretary-General argued. “This can be done without violating international laws or compromising principles.”

Returning from the abyss

For the top UN official, “the main responsibility for finding a way back from the abyss lies with those that are now in charge in Afghanistan”.

Since they regained control after the United States withdrew its troops from the country, the Taliban promised on numerous occasions that they would protect the rights of all Afghans.

Mr. Guterres stressed that the possibility of women to move, work, and enjoy their basic rights is central to this promise.

Recalling his visits to the country, he said that was always “deeply moved by the courage, resilience and determination of Afghan women and girls”.

Now, he is “particularly alarmed” to see the Taliban breaking their promises.

“Broken promises lead to broken dreams for the women and girls of Afghanistan”, he stated. “Women and girls need to be the centre of attention”.

About 80 per cent of Afghanistan’s economy is informal and dominated by women.

Since 2001, three million girls have enrolled in school and, on average, education has increased from six years to 10.

“Without them, there is no way the Afghan economy and society will recover”, upheld the UN chief.

“I strongly appeal to the Taliban to keep their promises to women and girls and fulfil their obligations under international human rights and humanitarian law”, he concluded.