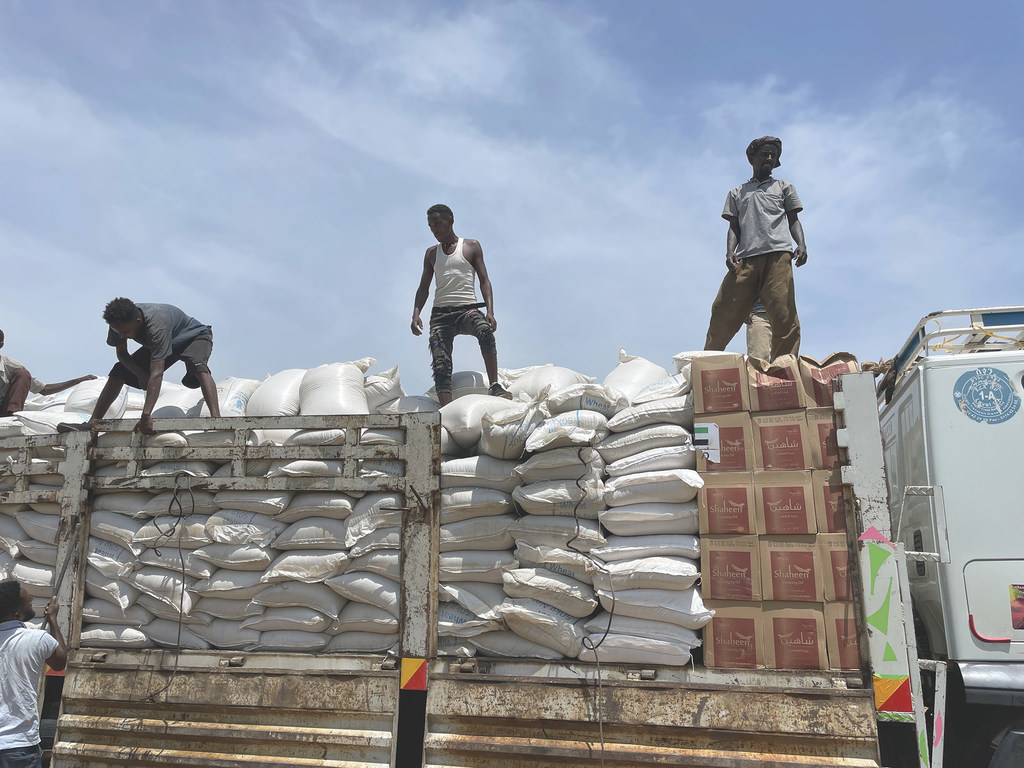 With the dire humanitarian situation in Tigray, Ethiopia, continuing to deteriorate, it is critical to establish a regular flow of humanitarian aid into the region, the Spokesperson for the UN Secretary-General said on Wednesday.

Yesterday, almost 40 trucks with humanitarian supplies, including food, left the Afar capital of Semera for Tigray – the first convoy to do so since 18 October.

Around 500 trucks of humanitarian supplies are required per week, Stéphane Dujarric informed journalists at a regular press briefing.

In November 2020, heavy fighting between central Government troops and those loyal to the Tigray People’s Liberation Front (TPLF) have left Ethiopia’s northern regions of Tigray, Amhara and Afar in dire need of humanitarian assistance.

And after months of killings, looting and destruction of health centres and farming infrastructure, including irrigation systems that are vital to the production effort, those needs have only surged.

Currently, some seven million people throughout the country are suffering acute food insecurity.

Meanwhile following their suspension on 22 October, UN Humanitarian Air Service flights to Mekelle have resumed, allowing the UN and humanitarian partners to rotate staff in and out of Tigray and transfer a limited amount of operational cash.

However, said the Spokesperson, “humanitarian partners on the ground continue to report significant challenges due to cash shortages for operations”.

Despite a $40 total injection of new resources to Ethiopia – $25 million from CERF and $15 million from the country-based Ethiopia Humanitarian Fund (EHF) –  the country still faces a funding gap of $1.3 billion, including $350 million for the response in Tigray.

Despite an extremely challenging operating environment, humanitarian partners continue to respond to urgent and growing needs across northern Ethiopia, including in Amhara and Afar.

In Amhara, a major food assistance operation kicked off in Kombolcha and Dessie towns, targeting more than 450,000 people over the next two weeks.

Yesterday, the UN announced that given the security situation in the country, and out of an abundance of caution, it is reducing its footprint in Ethiopia by temporarily relocating all eligible dependents.

“It is important to note that staff will remain in Ethiopia to deliver on our mandates”, Dujarric said.

The UN will monitor the situation as it evolves, keeping in mind the safety of the staff and the need to continue its operations and support all those who need assistance.

Earlier this month, the Organization confirmed that at least 16 UN staff and dependents had been detained in the Ethiopian capital, Addis Ababa, and that it was working with the Government of Ethiopia to secure their immediate release.

© UNOCHA/Saviano AbreuA family from Samre, in south-western Tigray, walked for two days to reach a camp for displaced people in Mekelle.